Learning the language of the environment you are working or living in is essential in any profession and footballers are not totally exempted. Although soccer is a universal language that doesn’t always require verbal communication but body language, yet it is very important for footballers to learn various languages, especially that of their country of residence. Learning various languages definitely makes adaptation to a new club much easier.

Apart from the communications with other players on the pitch, a footballer needs to learn the language of the country where he plays to be able to grant interviews, communicate with the referees, the manager, the club executives, the fans, the staff as well as off the pitch.

Here, TOP SOCCER BLOG looks at the different methods that footballers use in learning new languages.

A new player in a club needs to interact orally with his teammates day in — day out in order to learn the language in the country of residence. By doing so, he picks new words and vocabulary daily and practices them which subsequently sharpens his understanding of the language.

A shy and reserved player may find this difficult though, especially the banters and pranks that will come from teammates, staff, media, and sometimes, opponents.

Having someone from your country or someone who speaks your native language in a new team goes a long way in aiding a footballer to learn the language in a foreign country. Such a friend will always be on hand to translate new words and will be most useful off the pitch. Some even accommodate the new player in their home. Many footballers who are best friends teach each other the language, and help inteprete during tactical sessions.

Hiring a personal tutor to learn the language in a new club is one of quickest methods a footballer might make use of.

LIVING WITH A FAMILY IN THE AREA CLOSE TO THE CLUB

Football clubs usually assign foreign young players from their academies to families in the areas nearby. Living with such families will quickly help the player to know the rules, traditions, and customs in the country and also to adapt quickly to his new surroundings, most especially learning the native language.

Interacting with the people of a new country online, in the supermarkets, restaurants, stores, cinema, social events, tourist attractions e.t.c will help a footballer in learning and understanding the language of that country.

Interaction with neighbours in the area of residence is even more beneficial, that is why footballers sometimes chose to live in an area that consists of people from their country or at least those that speak their native languages.

These are a few of the methods a footballer can use in learning the language spoken in a new country or learn a new language which might be useful should he transfer to a new country in the future. 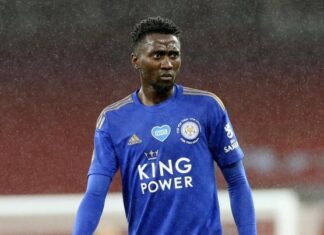