Football commentary is one of the most enjoyable things that go with a match. Whether on radio or television, the voice of the commentator adds to the spectacle of a game, making it more exciting to watch or listen to.

Exceptional football commentators like Peter Drury, Jim Beglin, and Martin Tyler bring a certain gravitas to any match they are handling with their artistic use of the English language and descriptive way of telling you what’s going on in the field of play.

Apart from giving the audience a blow-by-blow account of the match, commentators also help to identify players on the pitch. Sometimes, adding background information like the player’s history and goal stats. The way they describe a player often leaves the audience wondering how they know so much about a player.

Many things go into preparing to run commentary for a match. One item that usually helps a commentator is the team sheet. Roughly an hour before the match, the respective teams usually release their starting sheet for the match. This helps the commentator memorize the names and numbers of the players and practice correctly pronouncing the players’ names.

Commentators also spend a good deal of time researching individual players to add extra information and depth to their commentary. This helps the audience better appreciate the footballers they are watching on TV. They usually research from various sources regarding a players’ childhood, career history, and playing style.

They also have access to up-to-date databases that track and give instant information about a footballers’ past performances to give an idea of how he will perform. Sometimes news headlines about a player are also sorted to look for relevant information about the player.

Video monitors are also essential tools that help commentators better see the football action and identify the player on the ball. The vantage seating position of commentators also gives them a birds’ eye view of the pitch, which helps them better call the action and easily identify a player at any given time.

No doubt, a lot goes into the personal preparation of a commentator for a match, but the benefits are enormous for both the one running commentary and the audience. For the commentator, it provides him with access to information that will make his presentation run smoothly. While for the audience, it helps make the match lively for them and provides information about a team or player they won’t necessarily have known beforehand. 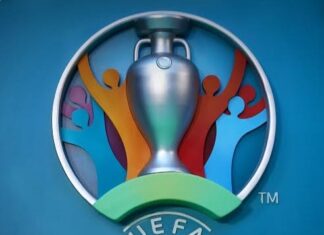 Collins Nwokolo - May 18, 2021
0
The 16th edition of the UEFA European Football Championships is coming up this summer (EURO 2021). The tournament was supposed to take place last...