After a row with ex coach Sunday Oliseh, veteran shot stopper Vincent Enyeama decided to quit the national team.
Much has changed since the most capped Nigerian goalkeeper has left the Nigerian team. He was soon replaced by Carl Ikeme, who put up a good showing in matches like the 2017 AFCON qualifiers against Tanzania and the World Cup qualification match away to Zambia. Carl Ikeme relapsed with cancer and then the mantle passed on to Daniel Akpeyi. He is a decent goalkeeper with experience, but was criticized in qualifying matches against Algeria and South Africa. Then finally Ikechukwu Ezenwa, the Ifeanyi Ubah FC man, took his chance and impressed in the remaining World Cup qualifying matches. He even went further to be named the best goalkeeper at the just concluded 2017 WAFU cup. 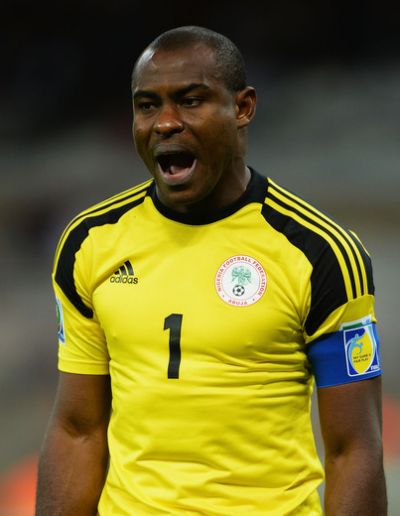 Of course, Enyeama is much experienced than Ezenwa or Akpeyi, but what do you need for the World Cup, experienced hands or your best hands? Right now Nigerian has a pool of talented goalkeepers both locally based and foreign based. And you will definitely agree with me that our most inform goalkeepers are Ikechukwu Ezenwa and Daniel Akpeyi. Look at it this way, what if the Spanish national team decided to take Iker Casillas as first choice to the World Cup anf ignore in form goalkeepers like De Gea and Kiko Casilla.


Another obvious reason is that Enyeama is no longer the goalkeeper he used to be. He is no longer even first choice in his club Lille. Frenchman, Mike Maignan is first choice for Lille and Enyeama spends most time on the bench. Enyeama for all his incredible qualities is no Buffon and shouldn’t be included in the World Cup squad.
You can’t expect other players who have worked hard to earn their place (and ticket to the World Cup) to give it up, because of another player who is perceived to be better, because of past achievement.

Vincent Enyeama is Nigeria’s greatest ever goalkeeper, ever since his heroic showing against England in the 2002 World Cup, he has successfully manned the post for Nigeria and achieved a lot with the Super Eagles.

However, he has made his decision to quit the national team and should not be recalled, especially now that other goalkeepers have proven themselves. 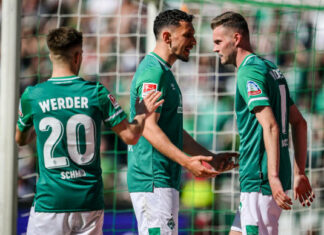 Collins Nwokolo - June 15, 2022
0
At the end of the 2021/22 German Bundesliga season, Bayern Munich won the title for the 10th consecutive season. Meanwhile, Arminia Bielefeld and Greuther...