History was made yesterday in Barcelona’s 5-2 victory over Real Betis as a youngster, Anssumane Fati, replaced Carles Perez in the 78th minute, thus, becoming the second-youngest player in history to appear for the Catalan giants. 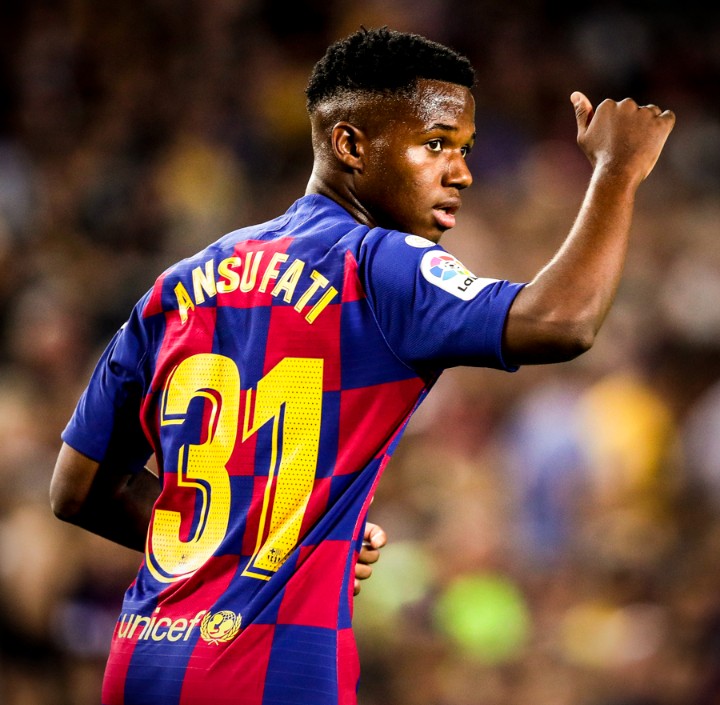 Ansu, as he is fondly called, was born on the 31st of October 2002 in the tiny West African country called Guinea-Bissau. At the age of six, he moved to Herrera, Seville, Andalusia in Spain. Ansu Fati started his career with a local club, CDF Herrera, in his hometown before signing for Sevilla FC. It didn’t take long for topsides to notice his incredible talents at Sevilla. He was signed up by Catalan giants, Barcelona, to their famed academy — La Masia —in 2012, aged just 10.

He scored 56 goals in 29 matches in his first season at La Masia helping the academy’s Alevin A side to the league title in the process.

He suffered a devastating injury in 2015 and was ruled out for 10 months. Such injury had the potential to derail the career of most youngsters, but Ansu came back stronger than ever and continued his progress. He rose through the age-groups at La Masia regularly playing against boys older than him.

The winger scored 4 goals and laid a further 3 assists in just 9 appearances in the UEFA Youth League last season.

He signed his first professional contract with Barcelona on the 24th of July 2019. The contract runs till 2022 and includes a €100m release clause which shows how highly rated he is at the club. 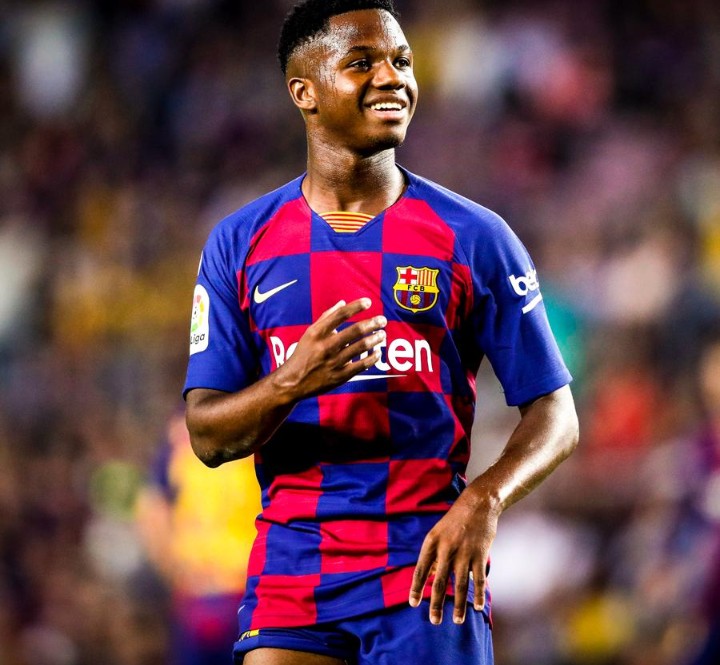 With the absence of Lionel Messi, Luis Suarez and Ousmane Dembele through injury, Barcelona was short of options, and head coach Ernesto Valverde opted to include Ansu in the squad for a La Liga clash against Real Betis. The club had to seek the consent of Ansu’s parents to play him due to Spanish rules forbidding under-age players from playing in late-night games for clubs in the top division and with the match against Betis scheduled for 9 pm local time. Ansu made his professional debut in the match, coming on to an ovation from the 80,000 fans in the Camp Nou. Much like fellow exciting Barça youngster, Riqui Puig, Barcelona fans will be hopeful that this is the first of many in years to come.

Ansu Fati’s brothers also play for Barcelona. His elder brother Braima Ansu is currently on loan at Calahorra while his junior brother Miguel plays in the same La Masia age-group with Lionel Messi’s son, Thiago. Ansu’s father, Bori, is a former footballer who played in their home country, Guinea-Bissau.

Anssumane Fati is eligible to play for both Guinea-Bissau and Spain at international level.

We keep our fingers crossed and hope to see the young wizard who is capable of playing anywhere across the forward line take the world by storm over the coming years. 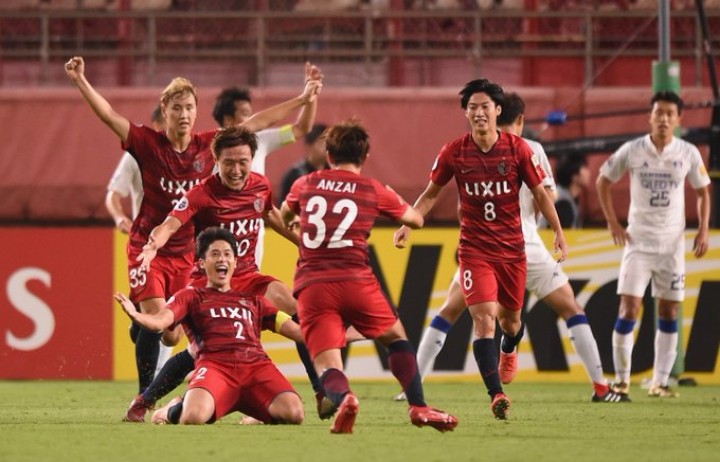 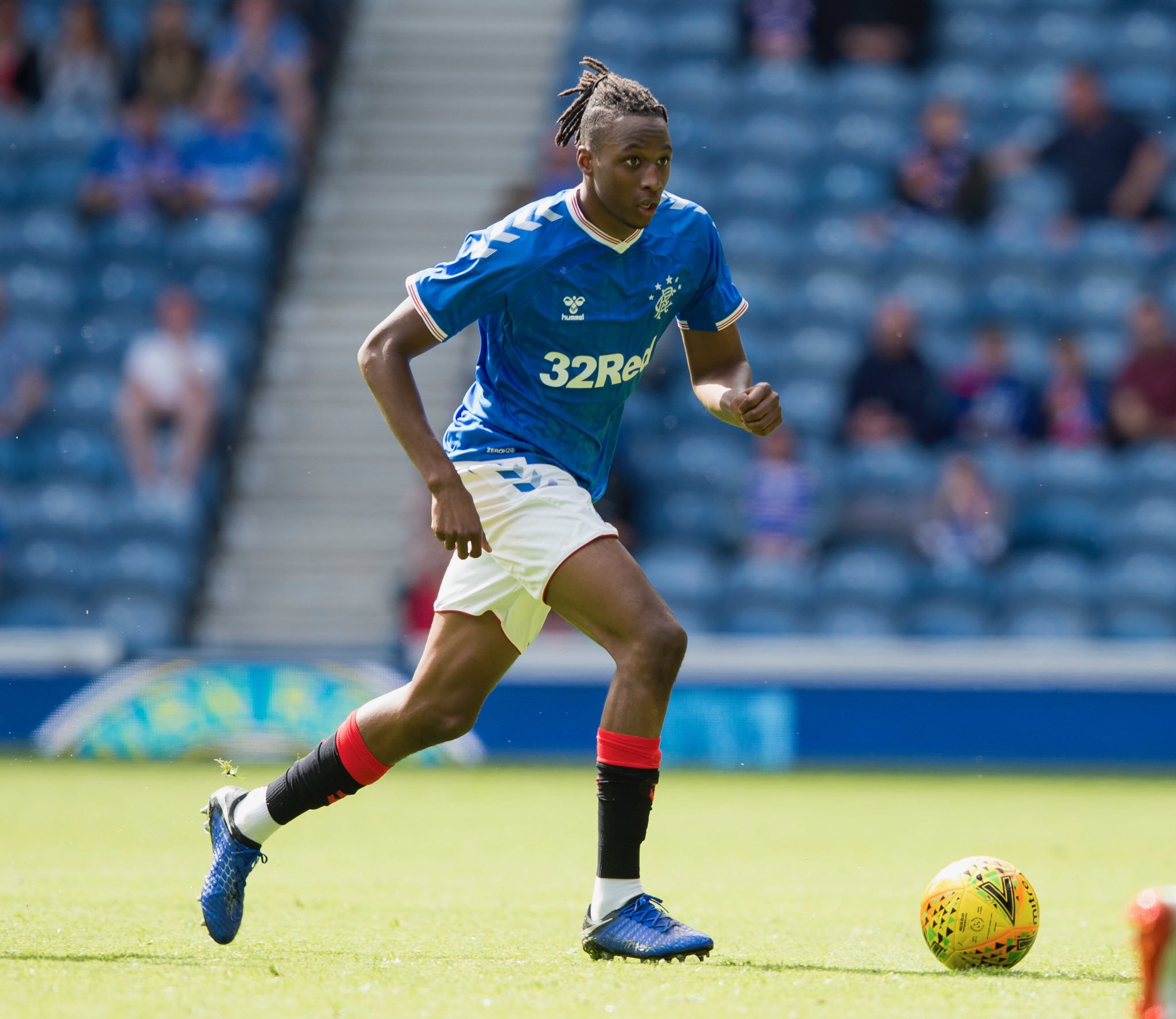