After his impressive cameo appearance for Barcelona against Cultural Leonesa in the Copa Del Rey match, Riqui Puig has been making headlines. The young Barcelona midfielder has been getting rave reviews from so many pundits for his excellent displays for his team.

His brilliance didn’t begin now through. The young midfielder had fans amazed in the summer as he put up a spectacular performance for the Catalan club during their pre-season tour in North America.

This article will discuss all you need to know about the Barcelona next superstar, Riqui Puig. 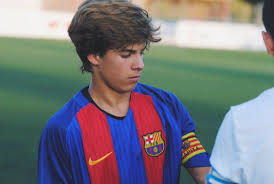 Riqui Puig’s was born on the 13th of August 1999.
His full name is actually Ricard Puig Martí.
Puig was born in Terrassa, Matadepera, Barcelona, just like Xavi Hernandez, and also played in the same youth side as Sergio Busquets: Jabac Terrassa.

He spent his early football career in Jabac Terrassa from 2008 till he was snapped up by Barcelona youth team in 2013. He went on to make his senior debut for the reserve team in February 2018.

The talented youngster took part in the final 45 minutes against AC Milan in the International Champions Cup in 2018. Those little 45 minutes on the pitch took the football world by storm.

His style of play is likened to Andrés Iniesta-esque. He had good touches and an eagle-eyed vision that was compared to the incredible vision of Barcelona legend Xavi.

Riqui Puig’s incredible performance on the field against AC Milan didn’t just result in Barcelona coach Ernesto Valverde praising the player. But also the Milan coach, Gattuso, gushed about the 18-year-old, describing the midfielder as a “spectacular footballer.”

Some interesting facts about Riqui Puig are that his father, Carlos Puig, was also a footballer he spent his entire career representing Terrassa as a
left back.

Riqui Puig height is 1.69 m or 5 ft 6 1 ⁄ 2 inches. Although physically small, he is technically and mentally gifted.

Riqui Puig won the UEFA Youth League in 2018 with the Barcelona Youth team.

Currently, his chances with the first team look even better especially after the current injury crisis at Barcelona. However, what he needs is the utmost confidence from his coach.

It is yet to see if the upcoming midfield maestro will become a huge star, but for now, his talents can take him very far. 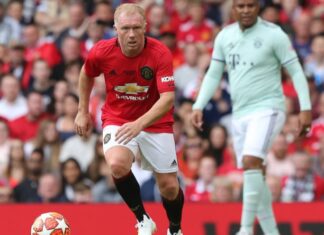 Collins Nwokolo - April 27, 2022
0
Like any other sport, football is a game that has its expiry date for any player. Various footballers, no matter how talented or influential...