After many years of staying in the footballing darkness and a long absence in European football, it seems AC Milan are finally back. Coach Vincenzo Montella, was aided by the Rossonero new owners, to secure top signs from big clubs. This transfer season, AC Milan sent a strong message to the rest of the Serie A teams. With 9 new signings to the team and over £120 million spent, this season, AC Milan will certainly have a new, stronger line up next season. They also acquired two players on loan. So let’s predicting the possible stating line up for AC Milan in the 2017/2018 season.

Undoubtedly, their number one choice next season has to the brilliant teenage goalkeeper. There was massive hysteria about his future in the club, following interest from other European teams. But he stays! So AC Milan will obviously look to have their No. 1 position secure in the season. His back up would be his elder brother
Antonio Donnarumma, 27, who is also at the club.

At right back would be the £24 million signing from Atlanta, Andrea Conti. He managed 5 assists last season and created 28 chances from his position. He is also good defensively and could be a perfect fit in the club. He’ll be backed up by the 20 year old Davide Calabria.

The Argentine international is a £18 million pounds signing from Villarreal. He has w plenty of experience in both La Liga and the Europa League. The 26 year old striker should cement his place at the center back position for AC Milan. He’ll possibly be backed up by
Gustavo Gómez.

The former Juventus defender shocked everyone when he moved to AC Milan this summer. He is good defender and tactically sound. Although he might be 30 already, he still has a lot to offer, especially since he is an Italian (those guys don’t just age). He’ll be backed up by the 22-year-old centre-back
Alessio Romagnoli.

The £17 million signing from Wolfsburg will he obviously keep his place at left back for the team. With great attacking and defending capabilities,
Rodriguez gives AC Milan a new dimension. He will perfect complement to Conti on the right flank. Back up will be Luca Antonelli.

AC Milan surprised everyone by securing the signature of Franck Kessie on a two year loan from Atlanta. Despite being courted by top clubs in Europe, the Ivorian opted for the Rossoneri. He managed 6 goals and 3 assists last season, helping Atlanta finish fourth. His work rate, defensive strength and attacking threat are what will guarantee him a place in AC Milan’s midfield.

7. Central Midfielder – Lucas Biglia
The former Lazio man still loves his old club Lazio for sure. But he is now an AC Milan player and will complete the central midfield duo with Frank Kessie. His technical ability and experience will help AC Milan in the Europa league and Series A. However I think, Riccardo Montolivo will really challenge him for the role.

The dead ball wizard from Bayern Leverkusen was one of AC Milan’s best signing this summer. He was bought for £25 million pounds and could well prove to be AC Milan’s top midfielder this season. He offers great attacking threat for the team and could an excellent set piece player. He could replace Pirlo for AC Milan.

This is one player every AC Milan fan loves. He is a liberal player capable of playing in central midfield, attacking midfield or out on the left wing. He’ll will have to fight for his place in the team after missing most last season due to thigh injury. But with his talent, expect him to get the role. Fabio Borini will challenge him for this role.

Suso has been will Milan since 2015. Last season was one of his best season in the club, were he scored 7 goals and managed 9 assists. He is also the Milan player who created the highest number of chances (62). Hence, he looks to be the obvious choice at the right wing. However, he’ll face stiff competition from the 22 year old French M’Baye Niang.

The center forward position will give the coach selection headache. They already have the impressive Carlos Bacca, obtained Fabio Borini from Sunderland, and the excellent Andre Silva from FG Porto. Nevertheless, I think it is Andre Silva who will likely lead the line up. He notched 16 goals last season and scored well at the FIFA confederation cup for Portugal. If he keeps Hus form, he’ll oust Carlos Bacca in the striking position.

That is the possible lineup for Milan next season. Please share and comment. Who do you think should be in the line up? 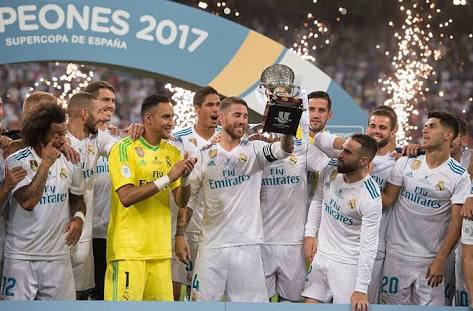