The 2022 FIFA World Cup in Qatar is fast approaching, with the tournament scheduled to take place between the 21st of November to the 18th of December 2022.

While some countries have been marked down by many as the favourites to win the tournament, there are also some dark horses (teams given low chances of winning or simply underrated) in the race to become world champions.

In this article, TOP SOCCER BLOG looks at 7 dark horses at the 2022 FIFA World Cup.

The reigning African champions can not be totally ruled out from creating an upset. The Teranga Lions currently boasts of a “golden generation” in their ranks.

Senegal are not strangers when it comes to superceding expectations at the FIFA World Cup — having done so at their first-ever World Cup appearance in 2002. In the World Cup hosted by S.Korea/Japan, they shockingly defeated the defending champions, France, and also qualified for the knockout rounds (reaching the quarterfinals).

Croatia stunned the whole world by reaching the final of the last World Cup in 2018, losing to France in the final.

The current team has been playing together for a long time and has gained a lot of experience. They might repeat their Russia 2018 heroics and even go one step better to win the ultimate prize.

The current Belgian national team has been regarded as a “golden generation” and have been tipped to win a major trophy, but they have always fallen short of expectations.

With most of the stars now ageing, Qatar 2022 will be their last chance to win the FIFA World Cup. With this in mind, expect Belgium to give it all at the tournament, and with the calibre of players they have, they are surely a dark horse that cannot be ignored.

Despite producing some of the finest players in football history, the Netherlands have never won the FIFA World Cup and have suffered so many heartbreaks at the tournament.

The Dutch have reached the world final three times, losing all — with the most recent being their 1-0 loss to Spain at the 2010 edition in South Africa.

Nowadays, they are no longer regarded among the favourites to win, but they are a dark horse and could pull off major surprises.

With veteran manager Louis Van Gaal at the helm, the current Netherlands team have a huge chance of creating an upset in Qatar.

Portugal are known for producing some of the greatest footballers in the world, but winning the FIFA World Cup requires a collective effort from the whole team, but the Portuguese normally have a single superstar in their squad at a particular era.

These players do not only play at the highest level but have been playing together as a team for years. Portugal shocked the world by winning Euro 2016 and the UEFA Nations League in 2019 and can not be totally ruled out of winning the Qatar 2022 FIFA World Cup.

Cristiano Ronaldo — now 37 — will be playing his last World Cup tournament and will give everything — including motivating his teammates — to win it.

Uruguay are another potential dark horse of the 2022 World Cup from group H alongside Portugal. The South American nation have always performed well at the Mundial, and the 2022 Qatar World Cup might turn out to be a good season for them.

La Celeste are not particularly among the favourites to clinch the World Cup this year, mainly because of their poor run at the CONMEBOL FIFA World Cup qualification, where they toiled to finish third.

Nonetheless, no football fans should sleep on this Uruguay team. They are a perfect blend of youth and experience. Their squad consists of experienced World Cup veterans such as Luis Suarez, Fernando Muslera, Diego Godín, and Edinson Cavani.

Meanwhile, Uruguay has many talented young players who have been doing well in their clubs. Players such as Darwin Núñez, Maxi Gomez, Ronald Araujo, Federico Valverde, and Rodrigo Bentancur.

The last time the World Cup was held in Asia, one of the hosts made one of the most remarkable Cinderella runs in football history to reach the semifinals.

Qatar have the ability to shock the world at the upcoming FIFA World Cup. The hosts won their first Asian Cup in 2019 and finished in the 2021 FIFA Arab Cup.

The coach of the Qatari national team, Félix Sánchez, has been at the helm since 2017 and has built a solid squad.

The Maroons also comprises of players who play in the Qatari football league and understand each other. It would come as a big surprise if Qatar goes far in the upcoming World Cup, but it’s absolutely doable.

Other teams I believe are strong dark horses of the 2022 World Cup are Serbia, Morocco, and Wales.

Which other team do you think can pull off an upset at the 2022 FIFA World Cup in Qatar? 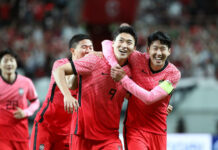 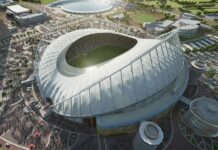 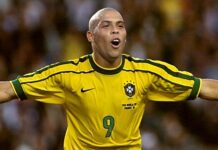 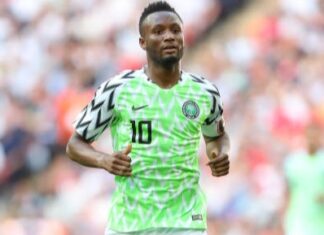