The world’s most popular and followed sport, soccer, has produced many brilliant players who have transcended the game with their talents and cemented their status in the hearts of the fans.

For every top club, the prospect of having an in-form and world-class player in their team is something they often dream of. So, with a lot of players doing brilliantly well for themselves in 2022, who are the ones that actually deserve to be on our list?

The scope for recognizing all of these players on our list as the best currently in their position starts with their respective excellence forms in 2022.

The year 2022 has no doubt been good to the Belgian in terms of team and personal achievements on the grandest of stages in soccer.

Courtois recently lifted the 2022 ‘Yashin Trophy Award’ and placed seventh overall in the Ballon d’Or rankings in France a few days ago.

Recently the Real Madrid goalie was critical of the lack of recognition he has received for his form in recent times, but all of that was put to rest when he received the Yashin Trophy for the best goalkeeper at the Ballon d’Or event in France.

The 30-year-old put in a stellar display in the Champions League final last season, where he kept 13 clean sheets throughout the tournament in a season where he had one of his best performances.

Winning the Spanish La Liga also put him in the eyes of every soccer fan as the best goalkeeper in the world.

When Militão stepped into the shoes of Real Madrid’s departed defenders, it wasn’t the smoothest of starts for the Brazilian, but he immediately got a grasp of his form, and he asserted himself as one of the best defenders in La Liga and Europe.

Last season Militao formed a telepathic partnership with David Alaba in Real Madrid’s defense, and that solid combination took Carlo Ancelotti’s led side to glory-land in Europe as well as the home front.

Those who thought the €50m Real Madrid hierarchy paid Porto for his signature was a waste of resources when he wasn’t convincing with his display can now give the Brazilian thumb-up for his brilliant form at the defense of Los Blancos.

Therefore, there is no doubt that the best right center-back in the world is Éder Militão.

David Alaba’s form and impact since joining Los Blancos in 2021 can certainly be said to be a perfect marriage for both parties.

When he joined the Spanish giants, the Austrian instantly hit the ground running, scoring important goals in the league and champions league for Real Madrid.

When he arrived at the Santiago Bernabeu, there were concerns regarding the position in which he would play, but being a rare-gem and versatile player, Ancelotti deployed him to the center-back, and he has since been a phenomenon for Los Blancos.

With the 2022-23 season still in its infancy, Alaba has picked up from where he left it season in terms of form and a commanding performance for the European Champions with his ball-carriage progression and defensive prowess.

Although he never expected to play as a center-back at Real Madrid, he has cemented his place as one of the best left-footed center-backs in the world.

Although João Cancelo has often played as left-back for Manchester City, his main position is at right-back.

In the last couple of seasons, Cancelo has consistently shown his one of the best full-backs in the world with how he’s risen to prominence at the Etihad Stadium.

The Portuguese game has so much improved that when on the left, he often drifts inside to basically become another midfielder and still gets to do his primary assignment as a defender.

With thousands of full-backs currently playing in Europe, the Manchester City’s technically gifted full-back is currently having a magnificent campaign under Pep and is way above the rest presently in terms of impact and form.

Hernández has been one of the most important players in the Milan team since joining the Italian outfit from Real Madrid for €20m in 2019.

The Frenchman may not have won a lot of trophies, just like other greats who graced the left-back position during their active days, but he’s gradually becoming one of the best defenders to reckon with in that position at Milan.

Hernandez has been one of the most established full-backs presently in Europe; having him on our list means his highly regarded as one of the best soccer players in the world in his position.

The Frenchman is not just one of the best left-backs in the world, but also has the attacking prowess of a lethal wingback.

Kimmich is rightfully getting all of the accolades he deserves for his brilliant start to life this season in the Bundesliga.

The versatile player is no doubt one of the best holding midfielders in Europe, renowned for his creativity and deftness.

The German international has shown his skill over the last seasons either in the heart of midfield or on the right side of the defense, and he’s been regularly churning out commendable performances for Bayern Munich and Germany.

Kimmich’s stats of 63 tackles and 88.3% passing accuracy and passing completion obviously put him in that conversation as one of the best defensive midfielders in the world in 2022.

If you can ask anyone who the best midfielder in the world is at the moment, the answer you will likely get is Kevin De Bruyne.

Manchester City’s starman De Bruyne is an extremely gifted player who is presently in the best form of his career at the highest level.

The attacking midfielder became the first Belgian to finish third on the Ballon d’Or award podium, having consistently shown his one of the finest in the world.

With the World Cup in Qatar knocking soon, the Red Devils fans will hope the midfielder brings his A-game to the the fore when Belgium get to kickstart their campaign at the tournament.

Although De Bruyne has not been able to match his outstanding 33 goals involvement the season, Liverpool won the league, but he still remains City’s best player technically and in terms of all-round contribution.

‘El Magico’ may be nearing the end of his career at the highest level for both Real Madrid and Croatia, but the reality is as long as the diminutive midfielder continues churning out commendable performances, he will surely be ranked among the best.

The 37-year-old will be determined to lead Croatia to glory in Qatar, having singlehandedly dragged his nation to the final of the World Cup four years ago in Russia, where they lost to eventual winner France.

Modrić is still one of the best midfielders in 2022 because of his ability to link play so effectively. He has top-notch technical ability, and that was evident in Real Madrid’s games against Chelsea, PSG, and Manchester City in last season’s UCL knockout round.

Modrić might be seen as a veteran, but the midfield maestro’s eagle-eyed vision for defense-splitting passes, dictating the tempo of the game, composure, and sheer deftness on the ball aren’t old.

There’s no player who played in the left-wing position that impressed as much as Vinicius Junior in 2022.

In what was his fourth season as a Real Madrid player, Vini’s performances in the 2021/22 campaign were among the most outstanding of any player in Europe, scoring 17 league goals.

With the new season still very much in its infancy, the Brazilian has also hit the ground running for Los Blancos with his goal-contribution and all-round performance.

In the current 2022/23 European soccer season, Vinicius already has 5 goals and 3 assists at the time of this article.

The 22-year-old is not just the best left-winger in the world right now, but also one of the best wingers in football.

Running at opposition defenders is one of the key attributes of the Brazilian, and should he continue to develop his game and also get to maintain consistency, he’ll probably get to win the Ballon d’Or in the future.

The Egyptian forward might be experiencing a bit of a dip form this season, but his 10 goals, and 4 assists in 17 games for Liverpool in all competitions show that he is still the best right-winger in soccer.

Mohammed Salah was also excellent in the 2021/22 season, where he finished as joint topscorer in the Premier League with 23 goals.

There are not many right-wingers in football who can match Salah’s brilliance, pace, and dynamism. Hence, Mohammed Salah is still the best soccer player in his position.

Benzema is arguably the best, most complete and most reliable striker in the world right now following the all-time great performances he had last season which solidified his spot as a legend of the game.

Winning the Ballon d’Or award, as unanimously expected, further gives credence to his legendary status, and should he have a good campaign at the World Cup in Qatar, he might go ahead to win the FIFA Best Player of the Year.

With his consistency, he has shown everyone who doubted he can’t become one of the best in his position are certainly wrong with their thoughts of negativity. 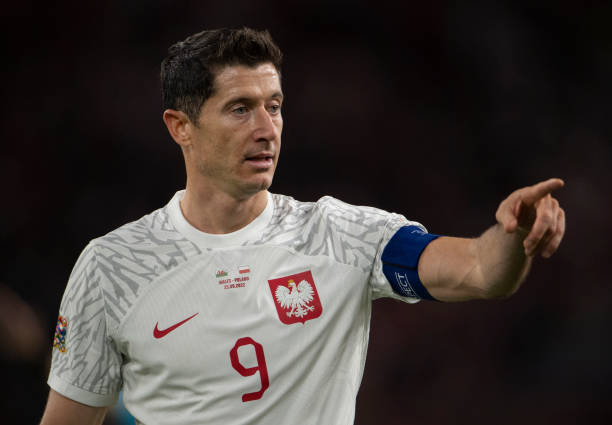 Poland is one of the well-known footballing nations in Europe 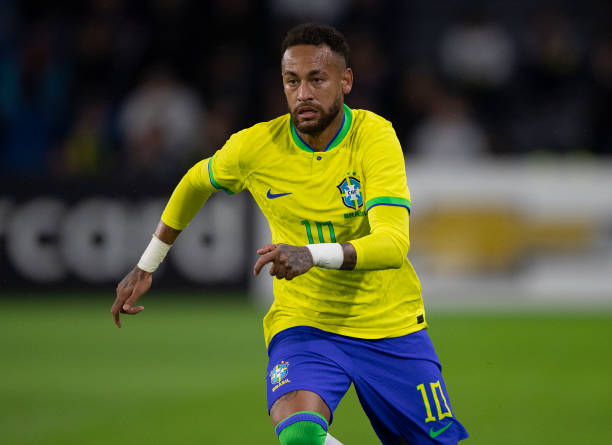 Every edition, Brazil is considered a World Cup favorite, probably because star