Barcelona had a mixed season in 2019. Although they won the 2018/19 La Liga title in incredible fashion, they lost in the semi-final to Liverpool in an embarrassing manner.

Also, they lost to final of the 2019 Copa Del Rey to Valencia. However, in spite of the disappointments they had in 2019, they were some encouraging positives.

Some Barca B players, who were also trained in the La Masia, stepped up to the first team and had a great year in 2019. A good example is Carles Alena, who has some impressive performances for the club in the 2018/19 season. Riqui Puig also had a stint with the first team and let’s not forget Ansu Fati

The youngster became the youngest player to play for Barcelona and one the youngest goalscorers in the La Liga. Carlos Perez also moved to the first team after impressing during the preseason.

Who are they Barca B players who can make their mark in 2020? Let’s look at five of them.

Ramón Rodríguez Jiménez, popularly known as Monchu is one the highly-rated central midfielders at Barca B. The 20-year-old Monchu joined FC Barcelona’s youth team from RCD Mallorca in 2012. He made his debut for the reserves on December 2017 and has been a key feature of the team ever since.

At the time of this writing, Monchu is the top scorer of the Barca B team in the Segunda División B with four goals in 13 matches. He has been described as a versatile attacking midfielder with an eye for goal.

The Uruguayan centre back is one to watch for the future at the Catalan club. The 20-year-old joined Barca in 2018 after he signed a five-year contract for a fee of € 1.7 million, plus €3.5 million in add-ons. The young defender joined from Uruguay Primera División side Boston River.

He was sent off on his first-team debut against Sevilla. Araujo’s height stands at 6ft 3′, he is good on the ball and has excellent composure.

Álex Collado Gutiérrez is gradually becoming a fan favourite among Barca supporters. He put up am impressive performance when he was given a chance in the preseason and has been doing well in the Segunda División B for Barca B.

The 20-year-old winger has been with Barcelona since 2009 after he joined them from RCD Espanyol. The young Spaniard can play as a winger or as an attacking midfielder. He possesses great dribbling skills and sublime finishing.

Hiroki Abe has made a huge impact for the Barca B team since he joined them this summer.

The Japanese international has scored four goals in the Segunda División B so far and has been splendid for his national team too. The attacking midfielder who can also, play wide or through the middle joined Barcelona from Kashima Antlers. His versatility could see him step up to the Barce first team in 2020.

The Dutch midfielder joined Barcelona during the 2019 summer transfer window from Groningen. He has been a regular starter at the Barcelona second team and would look to join the talented pool of midfielders in the Barcelona first team in 2020. 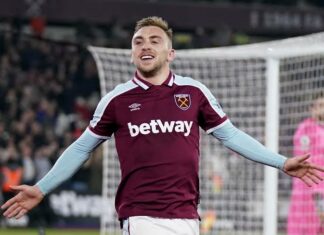