Wingers play an important role in many positions in football. Players who play in this position usually have blistering pace and remarkable dribbling skills. Their role involves stretching the pitch and providing cut-backs or crosses from which strikers can score. Wingers are typically used in many attacking formations in football, as they support attacks from the wings.

Wingers who play from the right flank of the pitch are known as right-wingers. Right-wingers in football are usually left-footed, fast, and hardworking.

There are a lot of talented right-wingers in football today who have distinguished themselves with praiseworthy performances in various competitions. Here are the best right-wingers in the world in 2022.

NOTE: Our list of the best right-wingers in football is in no particular and is based on footballers who mainly featured in a right-wing position.

One of the best right-wingers in the world at the moment, Mohammed Salah, packs everything you want from someone playing in such a position.

With pace, skill, technique, and most important, goals, he’s one of the key ingredients in the reviving of Liverpool as a big club as they broke the 30-year wait for a Premier League title.

They also won the UEFA Champions League with him in 2015, and the Egyptian has been very productive since joining the Reds in 2015, scoring over 120 goals in close to 200 appearances in all competitions.

The Egyptian legend is undoubtedly one of the best wingers in the world right now. He finished as a joint top scorer in the 2021/22 Premier League season and helped his national team to the 2021 AFCON final.

Since making his debut for Arsenal in 2018, Bukayo Saka has made 100 appearances in all competitions, and he has earned them with intelligent displays from time to time.

The English forward may have missed a spot kick in the unfortunate shootout between England and Italy in the Euro final last year, but he was a big part of the Three Lions’ trip to Wembley.

At just 20, Saka still has a lot to offer, especially after posting his best numbers yet in a season with 11 goals and 7 Assists for Arsenal last term.

Leeds United are indebted to Raphinha for their Premier League status for another season, definitely.

The Brazilian scored 11 and provided three assists in 35 Premier League matches for the Elland Road side earning him a move to Barcelona.

What makes Raphinha one of the top right-wingers in football is his superb dribbling ability, set-piece taking, and excellent finishing. He is among the best dribblers in football.

Domenico Berardi rose as a youngster helping Sassuolo from the Seria B to the Seria A and has been present in making them a constant in the top flight.

Berardi has made 212 appearances for the club since 2015 and has 71 goals to show for it. He was also a part of the Italian team that won the UEFA Euro Championship in 2021.

The Italian is one of the most underrated footballers in the game, but his stats show just how good of a player he is.

Serge Gnabry’s rise to one of the most potent right-wingers should be studied. In his early days at Arsenal, several loan moves and performances didn’t earn him the trust at the Emirates Stadium.

The one at West Brom brought more criticism than ever, but since joining Bayern Munich, the German has never looked out of place.

Since joining in 2017, he has not failed to score double digits in the Bundesliga, including 14 goals and five assists in 34 games last term.

When Leicester City ran through their unbelievable Premier League win in 2016, many didn’t know they were going to see the Algerian for longer.

His consistency won him a move to Manchester City in 2018, and he has won the Premier League. In their triumph last season, he scored 11 goals in 28 league matches.

The 2019 AFCON winner is an amazing dead-ball specialist, dribbler, and goalscorer.

Ousmane Dembele is definitely one of the overall best wingers in the world. He is two-footed, meaning he can play on either flank. However, he prefers to play on the right, and that’s why he is among the best right-wingers in football.

His style of play helps him draw fouls from the opposition as he often drives the ball into tight spaces, looking to create chances.

The Frenchman is capable of crossing with both feet, something that is difficult for many wingers in football.

Last season in the La Liga, he had 13 assists, finishing as the top assist provider.

Prev
What Is The Average Distance Run In A Soccer Game? 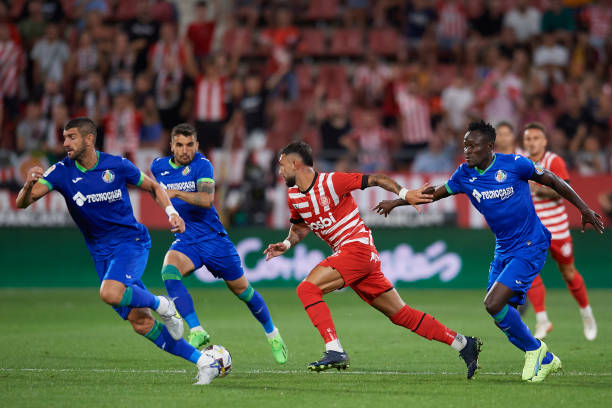 Soccer is a very physical game that requires a high level of athleticism, and 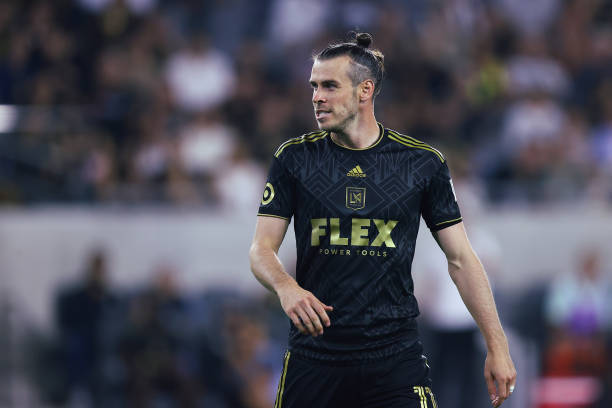 From being known as a retirement league for aging football stars in the past,