Sometimes ago, the role of a full-back is reserved for the least talented players on the team. Full-backs are regularly targeted as a weak link by opposition teams.

But nowadays, the role has evolved with full-backs now very important to how teams play.

Most are even deployed as wingbacks to support the attack in outnumbering opposition defenders.

TOP SOCCER BLOG presents you with the top 5 best full-backs in 2022.

Trent Alexander-Arnold is definitely one of the best full-backs in the world right now. The Englishman plays as a right-back for Premier League club Liverpool and the English national team.

He is regarded as one of the top attacking full-backs in football at the moment. He is known for his crossing, dead ball specialty, work rate, range of passing, and providing assists.

In the 2021/22 Premier League season, Trent provided 12 assists from his full-back position.

The Portuguese defender has always been considered to be one of the best full-backs in Europe, and best right-backs in the world.

As a traditional full-back, Cancelo is able to time his forward runs well. However, his tactical sense, positioning, and defensive skill make him impressive while defending.

What makes the 28-year-old stand out is his ability to use his right and left foot well, which also allows him to play in both full-back positions. Cancelo managed 9 assists in all competitions last season.

Since joining Liverpool, Robertson has been considered one of the best left-backs in world football.

The Scottish defender has excelled in the role brilliantly over the years.

He is very good in defense and equally capable in attack and so important to how Liverpool plays.

Robertson was impressive last season in Liverpool’s quadruple bid as he provided 15 assists and scored 3 goals in 47 matches in all competitions. He is currently one of the best ball-playing defenders in the world.

The undisputed right-back at Chelsea, Reece James, has made the position his own since he broke into the first team.

The England international is very good at both ends of the pitch, and he’s a nightmare to come up against. He is also capable of playing in the wing-back position.

Although he struggled a little bit with injuries last season, he still managed to score 6 goals and provide 10 assists in 39 appearances.

James Tavernier is the captain of Scottish giants Rangers. He has made over 300 appearances for the club — scoring over 75 goals, and was PFA Scotland Players’ Player of the Year in 2021.

Incredibly, Tavernier — despite being a defender — was the top scorer in the Europa League in 2021/22, as Rangers finished as runners-up in the competition.

He impressively scored 18 goals and made 17 assists in 58 matches in all competitions.

Barcelona had a turbulent season on and off the pitch in 2021/22. From financial crises to losing Lionel Messi as well as crashing out of the Champions League, Copa del Rey, and Europa League.

Jordi Alba was among the senior players who agreed to significant wage cuts at Camp Nou.

Despite Barca’s overall struggles, Alba still showed that he is among the best players in his position by providing 12 assists and scoring 3 goals in 42 matches in all competitions. He is considered to be one if the best left-backs of all-time.

At the end of the 2020/21 season, Jonathan Clauss was included in the Ligue 1 Team of the Year and impressed again last season to make the team for the second time last season. He impressed so much that he was called up to the talented French national team, and made his debut at 29.

He provided 11 assists and scored 5 goals in 37 appearances for Lens.

His performances earned him a big move to Marseille.

Here are other top full-backs in the world in 2022 who deserve notable mentions: 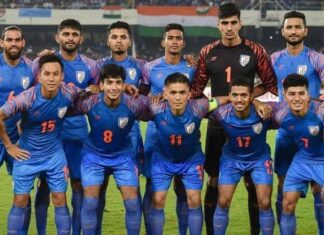 Collins Nwokolo - January 13, 2022
0
India is a South Asia country home to the second-largest population in the world, with over a billion people. This emerging economic powerhouse is...

5 Things To Do Before Soccer Tryouts