English Premier League (EPL) is the most exciting, thrilling, entertaining, and most followed league in club football. Each season, the EPL delivers blockbusters for its ever-increasing viewers.

Be it the arrival of new signings, new managers, new club owners, and even upcoming youngsters.

In the 2021/22 season, many young players broke through in the Premier League; the likes of Anthony Elanga, Connor Gallagher, Trevor Chalobah, Jacob Ramsey, Anthony Gordon, and Armando Broja, among so many others.

For the upcoming 2022/23 season, EPL fans will be looking out for the latest youngsters to announce themselves on the big stage.

Here, TOP SOCCER BLOG presents you with 10 young Premier League players to keep your eyes on in the 2022/23 season.

Fabio Carvalho is a 19-year-old Portuguese who plays as a winger or attacking midfielder.

Carvalho started his career at Benfica youth academy in his native Portugal before his family moved to London, where he eventually joined Fulham.

He made his first team debut for Fulham in September 2020 and scored his first professional goal in May 2021.

He was integral to Fulham’s promotion back to the Premier League last season as they won the EFL Championship.

Carvalho played 38 matches and scored 11 goals amid some eye-catching displays.

His performances attracted the big clubs, and Liverpool eventually won the race for his signature — bringing him to Anfield for a reported fee of £5 million that could potentially rise to £7.7 million with add-ons.

Fabio Carvalho will hope to see a lot of playing time with Jurgen Klopp’s side next season to prove his worth as one of the best young players in the world.

Alejandro Garnacho signed for Manchester United academy from Atlético Madrid in October 2020, and the Argentine winger settled in quickly with amazing displays.

Last season, he came under the spotlight for his solo effort goal in the FA Youth Cup win over Everton. The goal was nominated for Manchester United’s Goal of the Month award for February 2022.

After being named as an unused substitute for three Premier League matches, Garnacho finally made his first-team debut for Manchester United in April 2022 — coming on as a replacement for Anthony Elanga in the 91st minute of a 1–1 draw against Chelsea.

New United manager, Erik ten Hag, has decided to give the club’s youngsters chances to impress in pre-season, and should things go well, Garnacho will see more playing time in the upcoming season. 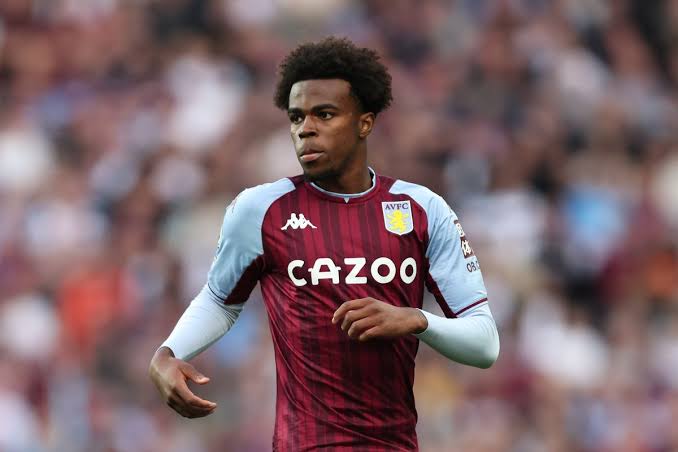 Carney Chukwuemeka recently helped England win the 2022 UEFA European Under-19 Championship, scoring in the final. He was named in the Team of the Tournament.

He joined the Aston Villa academy from the Northampton Town academy in March 2016 and signed his first professional contract with Villa in July 2020.

He made his senior debut for the team in May 2021 in a 2–1 away victory over Tottenham Hotspur, hitting the post within minutes of entering the game.

Chukwuemeka was named Aston Villa Academy Player of the Season for the 2020/21 season. The following day, he was part of the Aston Villa U18s squad that won the FA Youth Cup, beating Liverpool U18s 2–1 in the final.

He made his first senior start in August 2021 in a 1–1 draw against Brentford and has continued to impress since then. He would be hoping to consolidate his position in Steven Gerrard’s side in 2022/23.

Rising through the academy, Harvey Elliott made his first-team debut for Fulham in September 2018, becoming the youngest player to play in the EFL Cup — aged 15 years and 174 days. He is undoubtedly one of the best youngsters in football right now.

Elliott signed for Liverpool on the 28th of July 2019 for an undisclosed fee. He made his debut for the club in September in that season’s EFL Cup match against Milton Keynes Dons. At the age of 16 years and 174 days, he became the youngest-ever player to start a match for Liverpool and the second-youngest to feature in a competitive fixture behind Jerome Sinclair.

The following month, during the team’s 5–4 penalty shoot-out (after a 5–5 draw after extra time) win over Arsenal in the next round of the competition, Elliott became the youngest player to start a match at Liverpool’s home ground, Anfield, at the age of 16 years and 209 days.

He was loaned to Blackburn Rovers in 2020 and impressed in the Championship, scoring 7 goals and providing 11 assists — which earned him a nomination for the EFL Young Player of the Season award.

Elliott returned to Liverpool ahead of the 2021/22 season but suffered an unfortunate injury in September 2021, which ruled him out of action for 5 months.

The long-term injury he suffered last season robbed fans of seeing him at his best, but he would be hoping to get enough chances this term to impress and even probably force a place in England’s squad to the 2022 FIFA World Cup in Qatar.

Born in Manchester, Cole Palmer was a boyhood Man City fan and joined the club’s academy at the age of 8.

He progressed through the Academy age groups before captaining the under-18s during the 2019/20 season.

Palmer made his first Premier League appearance in October 2021 against Burnley and also played and scored a hat-trick for City’s under-23 side that same night!

He continued to impress whenever he was given a chance with the first team throughout last season and made 11 appearances in all competitions, scoring 3 goals as City won the Premier League.

Cole Palmer will be looking to establish himself as a regular fixture in Pep Guardiola’s side next season.

Levi Colwill rose through the ranks at Chelsea Academy and has been compared to club legend John Terry, due to his shirt number, status as an academy graduate of Chelsea, and playing position (centre-back).

Colwill impressed on loan at Huddersfield Town in the Championship last season and helped the club reach the play-off final. He made 32 appearances and scored 2 goals.

Although playing chances will be difficult for him at Chelsea next season, a loan to another Premier League club seems very likely. 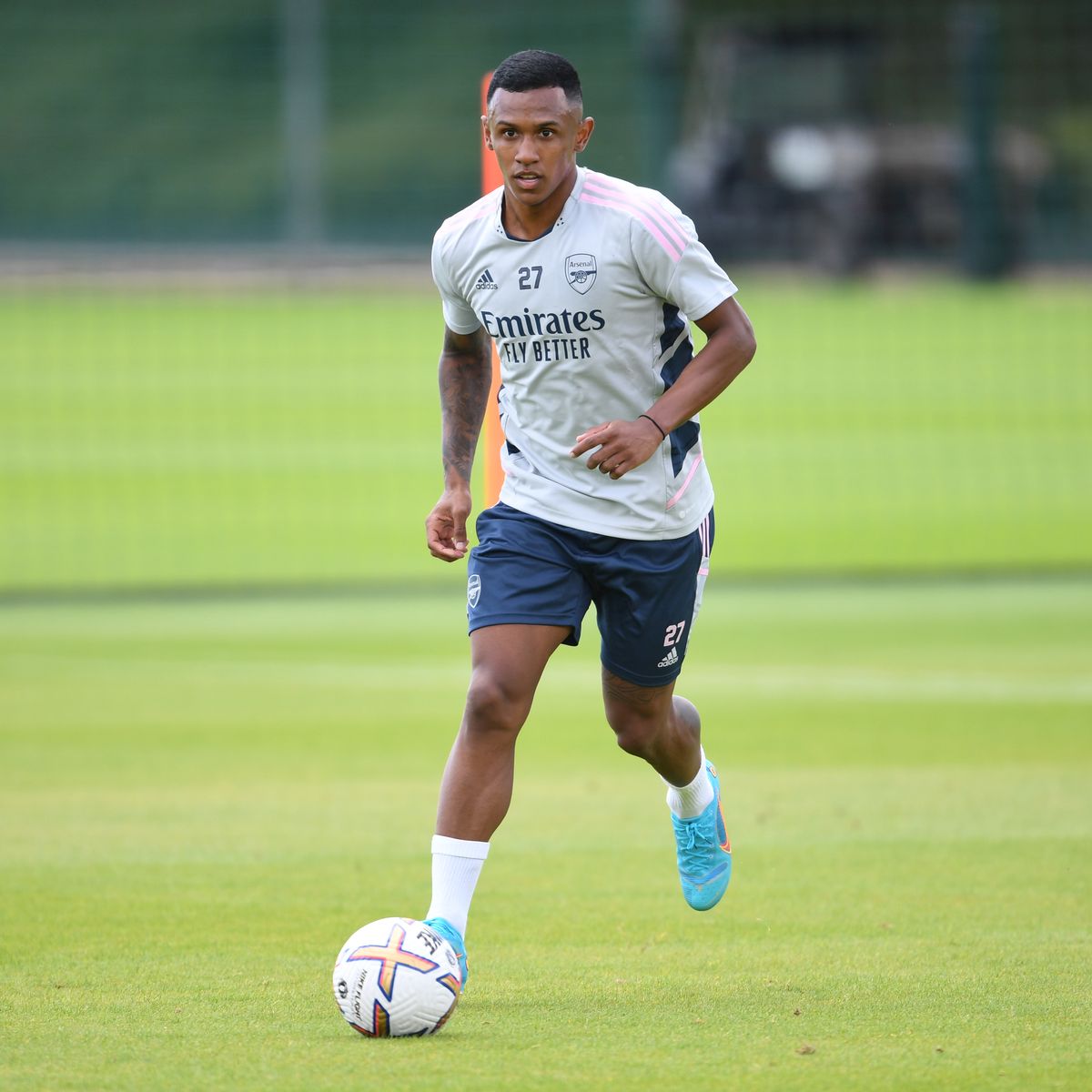 Marquinhos is a 19-year-old Brazilian winger recently signed by Arsenal from Sao Paulo.

He made 33 first-team appearances during his time with Sao Paulo and was a part of the squad that won the Campeonato Paulista in 2021.

Michael Oliseh is an exciting attacker who started his career at Reading. He won the 2020/2021 EFL Young Player of the Season.

He made 31 appearances for Palace last season and scored 4 goals as he adapted to the Premier League.

Michael Olise is one to look out for next season due to his brilliance on the ball. He is an agile and mobile player who is capable of turning quickly with good acceleration and change of pace, even when he is dribbling in very tight spaces or running with the ball.

Facundo Pellistri is another young player to watch in the Premier League this season.

The Uruguayan winger is yet make his official debut for Manchester United, but he was featured for them regularly in preseason.

Pellistri moved to Manchester United on 5 October 2020, for a fee of around €10 million, but was sent to Deportivo Alavés on loan.

Ahead of the upcoming 2022/23 EPL season, he showed his worth by scoring in a 4-0 win against Liverpool F.C. in Bangkok. 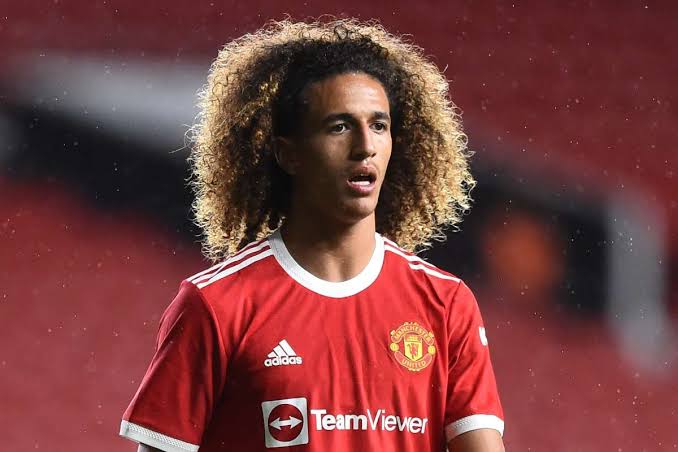 Hannibal Mejbri joined the Manchester United youth system from Monaco in 2019, and he settled quickly into Manchester United’s youth teams — progressing to the under-23 squad despite still being just 17 years old.

He made his first team debut in a Premier League match in May 2021 and was named as the 2021 Manchester United Reserve Player of the Year.

Due to chaos at the club last season, Mejbri found playing chances with the first team difficult but will be looking forward to a very productive outing this term.

Hannibal Mejbri has earned comparisons with Manchester United legend David Beckham. And he is currently one of the best young African football talents. 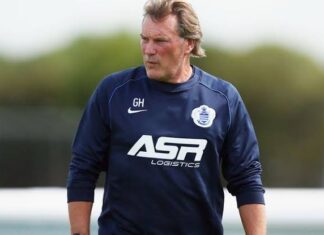 Collins Nwokolo - June 7, 2021
0
Guiding your team to win a trophy is the dream of any soccer coach. There are some football coaches that have won the most...

Highlights and talking points from game week 12 in the English...