Top Soccer Blog
Home Editorial Which Footballer Has The Most Appearances Ever?

Some players who are still currently active in football have made a lot of appearance. There are mostly goalkeepers. Now there is the list of soccer players with the most appearances.

Peter Shilton is an English goalkeeper who managed to play over 1000 matches for both club and country. Peter Shilton is the footballer with the most appearances in soccer. Peter Shilton’s football career spanned for 31 years. That is from 1966 to 1997.

He started his football career at the age of 17 in Leicester City. He played up to 286 for the club and even scored once. His 30 years as a footballer included spells at 11 different clubs, including Stoke City, Nottingham Forest, Southampton, Derby County, Plymouth, Bolton Wanderers, and Leyton Orient.

He won two European Cup finals, Division Championship, UEFA Super Cup and played more than 1,300 competitive matches, making the soccer player with the most caps. Shilton also holds the record for playing more games for England than anyone else with 125 caps.

It is interesting to know that Peter Shilton did not play for England at the World Cup finals until the he was 32. Nonetheless, he ended up playing in 17 World Cup matches and shares the record of 10 clean sheets in World Cup finals matches with French goalkeeper Fabien Barthez. Peter Shilton competed in the 1982, 1986 and 1992 World Cups. He was English Football Hall of Fame in 2002.

Another amazing facts about Peter Shilton is that he was never booked or sent off at full international level.

Peter Shilton is married and has two sons. Sam, one his sons is a footballer. Sam is a midfielder. 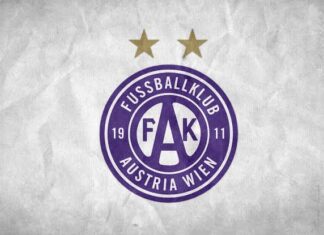 Collins Nwokolo - December 16, 2021
0
Austria is a western European nation that borders 8 other countries. Like most nations around the world, Austria has a vibrant football culture. This...