Many great defenders have played in the French Ligue 1. Players like Laurent Blanc, Patrice Evra, Thiago Silva, etc., honed and perfected their skills during their heyday. The current generation of elite Ligue 1 defenders are also doing well showcasing their skills and defensive abilities to the world. Continue reading as we profile some of the best defenders in Ligue 1 2022.

Marquinhos is one of the best and most consistent defenders that has featured in the French Ligue 1.

The Paris Saint Germain captain has been very solid in defense over the past few seasons despite the fact that he was originally a defensive midfielder.

The Brazilian featured in 32 games last campaign, scoring 5 times. His interceptions and great positioning were instrumental in helping PSG claim another league title.

The 28-year-old is playing at his peak and will be aiming to continue to dominate the French League.

The Moroccan full-back is one of the most exciting and attack-oriented defenders in the French League.

The 23-year-old was in fine form for PSG last season, scoring 4 goals and providing 6 assists in 31 league appearances.

Hakimi was a thorn in the flesh of the opposition with his darting runs, excellent crosses, and expert dead-ball deliveries.

Achraf will be aiming to do better as the start of the season approaches. He will play as a wingback under the new PSG coach. Therefore, he has an opportunity to cement his place as one of the best wingbacks in the world. 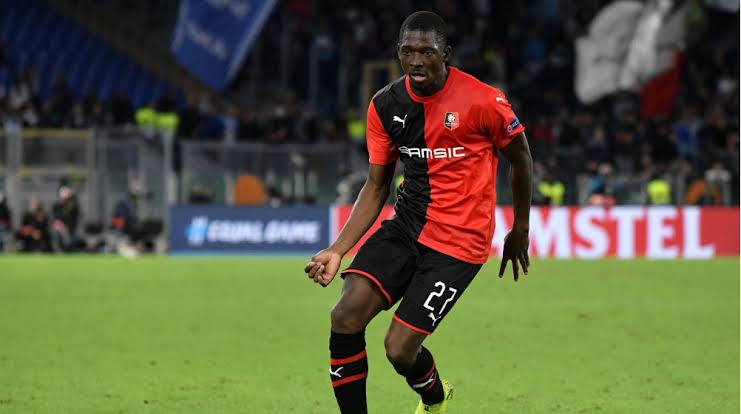 The Rennes captain is definitely one of the best defenders in the French League.

Hamari Traoré, who plays as a right-back for Rennes, was in top form as Rennes had one of the meanest defense in the League.

Traore impressed throughout last season with his rugged and athletic defending in the 33 league games that he featured in.

The Malian international is also a goal threat as he scored 3 goals and provided 10 assists in the 2021/22 campaign.

The former Barcelona player has really proved his worth since he joined Nice. Todibo is, without a doubt, one of the best young defenders in Ligue 1.

He was a steady force in the backline for OGC Nice. His impressive tackling, aerial assertiveness, and pace made a headache for opposition strikers.

The 27-year-old French defender was on loan to Ligue 1 club RC Strasbourg from English side Aston Villa.

Frederic scored 5 goals during last season’s campaign to help Strasbourg finish 6th in the League. The center-back has returned to his parent club in England, where he will be hoping to tie down a starting berth before the commencement of the league season.

Other top defenders in the French Ligue 1 are: 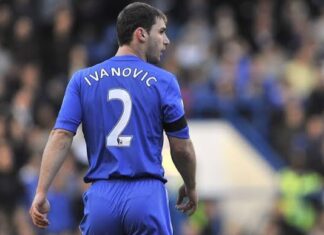 Collins Nwokolo - May 12, 2022
0
There are many footballers who wore the number 2 jersey. It is one of the prominent numbers in football. This number is usually associated...

What to look forward to in Group A of the Champions...