Having an unbeaten run across multiple matches is not an easy task in football, which is why teams that won major tournaments undefeated get immortalised forever. The longest international unbeaten runs are difficult to achieve.

Yes indeed, the task is even harder to maintain in international football than at the club level because players at national teams don’t get to work and train alongside each other regularly.

In this article, TOP SOCCER BLOG brings you the top 10 countries with the longest unbeaten runs in international football.

Italy holds the record for the longest unbeaten run in international football history — which ended at 37 games without defeat.

In September 2021, the Azzurri equalled the joint all-time record of 35 by drawing 1-1 with Bulgaria.

Three days later — in a 0-0 draw with Switzerland in the 2022 World Cup qualification match — Italy set a new world record of 36 games unbeaten.

They then extended their run to 37 games unbeaten before finally getting defeated by Spain 2-1 in the UEFA Nations League semi-final in October 2021.

Their amazing run dated back to September 10, 2018, when they were defeated 1-0 by Portugal in a UEFA Nations League clash.

The highlight of their journey was winning Euro 2020 as they defeated England at Wembley on penalties after a 1-1 draw.

After losing the 2014 FIFA World Cup final to Germany, Argentina became a much tougher side.

Lionel Scaloni was appointed as manager on a full-time basis in 2018 after an initial interim period, and he took them to third place at the 2019 Copa America just a year later.

La Albiceleste have not lost any match since. Their last defeat was against arch-rivals, Brazil in the semi-finals of the Copa América in 2019.

Since then, they have secured 24 victories and 11 draws across friendly matches, the 2022 FIFA World Cup qualification, and, ultimately, the 2021 Copa América — which they won.

Argentina are just 3 games away from overtaking Italy as the holders of the longest unbeaten run in international football.

Three teams are tied in the number 3 position at 35 unbeaten games.

Algeria have one of the best national football teams in Africa.

Djamel Belmadi has gotten the best out of Algeria’s current squad of players, in which majority ply their trades at European clubs.

The Desert Foxes made an incredible 4-year unbeaten run that eventually ended this year.

Algeria’s streak was brought to an end at the 2021 AFCON, where they performed woefully, and got eliminated in the group stages.

During the unbeaten run, they won 26 matches and drew 9 — no national team from Africa has ever done better!

Brazil’s 1994 World Cup winners were the first team to go 35 games unbeaten as they remained undefeated for a period spanning three years from 1993 to 1995.

The side comprised the likes of Dunga, Romario, Bebeto, and a very young Ronaldo de Lima.

The Selecao were finally stopped by Mexico, who beat them 2-0 in the Gold Cup.

The current set of Brazilian players are also on a 15-match unbeaten run. 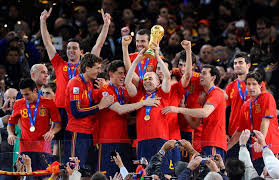 Spain’s golden generation, who would go on to win successive European Championships and a World Cup, also conjured a 35-game unbeaten run from 2007 to 2009.

It saw them win Euro 2008, but they failed to break the world record after suffering a shocking 2-0 defeat to USA in the semi-finals of the 2009 Confederations Cup.

The La Roja would go on to dominate international football with their tiki-taka style of play thereafter — winning the 2010 FIFA World Cup and Euro 2012.

The star of the show then was a certain Gabriel Batistuta, who scored lots of goals as the Albiceleste won back-to-back Copa America titles.

Argentina finally got beaten by Colombia in the 1994 FIFA World Cup qualifiers.

Italy was on top of international football in the 1930s, winning successive FIFA World Cups in 1934 and 1938 — with an Olympic gold in-between.

The Italian side was spearheaded by the brilliant Giuseppe Meazza, who is one of the top 20 greatest soccer players of all-time.

Italy won 24 matches and drew 6 during that glorious period.

After disappointingly failing to qualify for the 1994 FIFA World Cup, France subsequently went 30 matches unbeaten from 1994 to 1996.

Their run began with a 1-0 win over Italy in February 1994 and eventually ended with a 1-0 friendly match defeat to Denmark in November 1996.

Les Blues won 22 and drew 8 games in between.

West Germany won the FIFA World Cup in 1974 but woefully failed to defend their title in 1978.

A side that contained the likes of Franz Beckenbauer and Gerd Müller subsequently went 23 matches unbeaten between 1978 to 1981.

They won Euro 1980 during that period.

This sparked a period of rejuvenation which saw them embark on a 23-game unbeaten sequence between 2010 and 2012.

Unfortunately, they had no silverware to show for it as they got eliminated in the quarterfinals of Euro 2012 by eventual champions Spain. 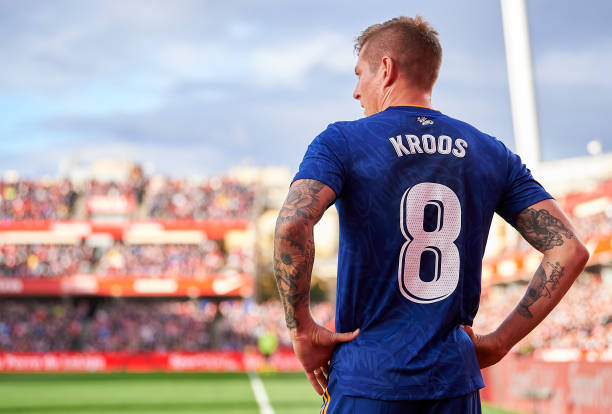 Next
FIFA World Cup 2022: What Should Fans Expect? 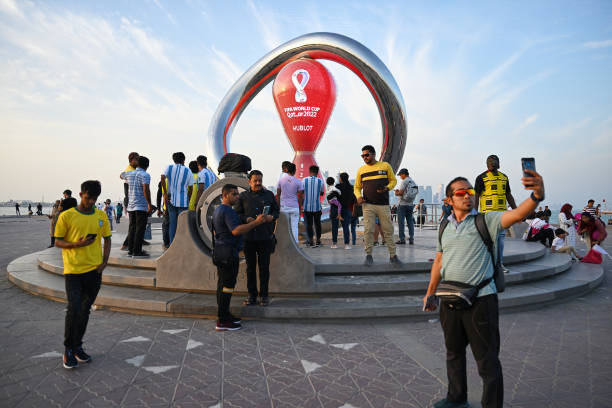