As we head into the World Cup month and mood, the ‘Seleção’ will be aiming for glory at the FIFA 2022 World Cup in what could end up being the perfect moment for Portugal to lay their hands on the most coveted trophy in the world.

Since the FIFA World Cup has been in existence, Portugal has never been tipped as one of the favorites to win the Mundial whenever it occurred. However, with just 30 days into the Mundial, that could change once the tournament hits the ground running in Qatar.

With the Seleção’s involvement in this year’s Mundial, they will be appearing in their eighth successive World Cup appearance, having been placed in Group H with teams like Ghana, Uruguay, and South Korea.

Here, with a few days to the World Cup, we’ll take a look at Portugal’s potential chances of winning the trophy at the end of the competition in Qatar.

Portugal’s Eusebio led made their first World Cup debut in the 1966 edition, a year where they had a phenomenon run in England. They ended up finishing third at the end of the tournament, having been placed in a difficult group that includes Brazil, Bulgaria, and Hungary.

After the Seleção brilliant show in 1966, they waited for 36 years before they could qualify for another World Cup. However, in 1986 they made their way to the Mundial again and failed to make it past the group stage.

Following their despicable performance in 1986, the world thought their appearance in the 2002 edition would be a productive and glorious year for the Seleção due to their pull of talents. Still, unfortunately, they were ousted in the group stage after losing two out of three matches.

Whilst some of the superstars who prosecuted the matches at the 2002 World Cup are gradually nearing the twilight of their international career, the then captain of the team Luis Figo and a young Cristiano Ronaldo, led the team to the semi-finals in the 2006 edition.

In 2010, Portugal failed to build on their impressive 2006 performance and crashed out in the round of 16 after falling to Spain. Whilst the 2010 World Cup edition was a failure for the Selecao; the 2014 edition likewise ended in tears for them as they crashed out in the group stage in Brazil.

In 2018, Portugal started the campaign on a bright note, but they were eventually knocked out in the round of 16 by Uruguay in what ended up being another disappointing outing for the team in Russia.

There’s little or no conversation about Portugal winning the World Cup in Qatar this year. As a matter of fact, the Seleção are only placed on a 12/1 odds by the bookmakers to win the trophy come December.

The Seleção may have shocked Europe in 2016 when they won the European Championship against all odds against France, but as we head into the World Cup in Qatar in a few days, they certainly have an uphill task against the finest teams they will grace the Mundial.

It is a known fact that the Portuguese team presently possesses a blend of youth and experienced players. However, Fernando Santo’s squad still has a lot of work to do if they want to conquer the world in Qatar.

The last time the Portuguese national team had a wonderful golden generation was from the early 2000s to 2006, but since then, they’ve not been able to assemble a perfect squad that had arguably fantastic players in every position.

However, as they head into this year’s World Cup, the good news for the Seleção is they’re well-equipped in all departments.

As far as Fernando Santo’s squad is a concern, there are several talented players such as Nuno Mendes, Vitinha, Matheus Nunes, Rafael Leão, Pedro Neto, and Francisco Trincão.

There haven’t been many high points for Portugal in major tournaments, except for their third-place finish in 1966, a fourth-place finish in 2006, and a surprise achievement when they won the European Championship in 2016.

The Seleção may not be tipped as one of the favorites heading into the world cup in Qatar, but they’ve been able to prove to the world that they have a team with a commendable winning mentality, having clawed their way into the group stage via the playoff.

The Ronaldo factor heading into the Mundial is certainly a huge moral booster for the Seleção because he’s one of the finest athletes in the world with a beast-like winning mentality.

Whilst Portugal can boast of a blend of fantastic youngsters and experienced players in the team to win games; they’ve got impressive options in the attacking third and defense-wise.

Going forward for the Seleção, they can also boast of amazing talents, which includes names like Joāo Felix, Rafael Leão, Bernardo Silva, André Silva, and above all, the experience of Ronaldo upfront.

Whilst their attack comprises of fantastic players, the Portuguese team can boast of amazing defenders with a blend of youth and experienced players that includes the likes of Ruben Dias, Joao Cancelo, Nuno Mendes, Raphael Guerreiro, and Pepe.

The Seleção has fantastic midfielders with a blend of youth and experience presently who are doing brilliantly for their respective clubs in Europe.

1. Failure to kill off games

Suppose Portugal’s performances at the 2014 World Cup and 2016 European Championship were anything to go by. In that case, the fans of the Seleção should be wary of their darling team’s energy in failing to kill off games when the chances present themselves.

Whilst it is a known fact presently that Portugal is blessed with fantastic players, the major concern still remains that Fernando Santo won’t get to unleash the team and will probably continue with his pragmatic style of play.

Another weakness that should be a concern for Santos in Qatar is the goalkeeping department. Although there are plenty of options to choose from in the middle of the stick but then none of their goalies can be counted among the best in the world.

However, they should be able to bank on the experience of veteran goalie Rui Patricio and other decent shot-stoppers who can also do a relatively decent job, like Jose Sa of Wolves and Diogo Costa of Porto. 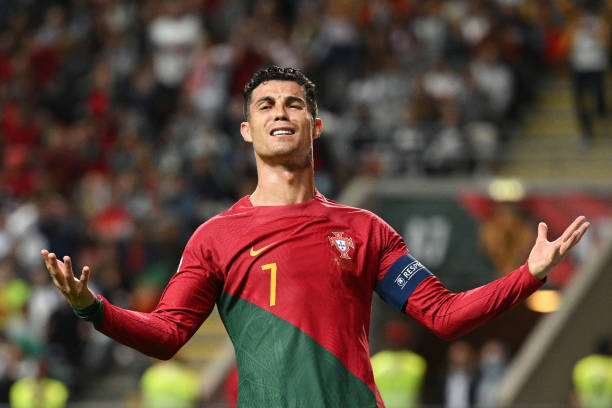 In recent years, Portugal has become a major force to reckon with at the FIFA World Cup. However, the 1966 generation led by Eusebio, Coluna and their impressive performance in the 2006 edition remains the country’s best outing at the World Cup.

Since 1966 till date the Portuguese national team has continued to churn out brilliant talents from Eusebio, Luis Figo, Rui Costa, and currently Cristiano Ronaldo, amongst other fantastic players in the team.

With the country set to appear in what will be their eighth successive World Cup campaign, Portugal’s hopes will rest on the shoulders of the team star and captain Ronaldo who will be hoping to win yet another major trophy for the Seleção having won the European Championship in 2016.

Ronaldo’s ability to worry any defense in the world certainly gives credence to the fact that he remains Portugal’s biggest star going into the World Cup in Qatar.

Should Portugal get to win the trophy in December, Ronaldo’s list of honours will certainly be a complete one, having won practically everything in the game of soccer.

Other star players in Portuguese national team are Bruno Fernandes and Bernardo Silva, who are undoubtedly among the best midfielders in the world.

João Cancelo is also one of the best full-backs in the world, and will be a regular in Portugal’s XI.

Rafael Leão has been in tremendous form for AC Milan. He is also one of Portugal’s best players heading into the World Cup.

Portugal was dealt a major blow when Liverpool star Diogo Jota was ruled out of the tournament in Qatar after picking up a calf injury in their triumph over Manchester City in the Premier League.

The versatile attacker would likely have been a starter alongside Ronaldo and Bernardo Silva upfront, but
unfortunately, the Liverpool star will be forced to watch from the comfort of his room. 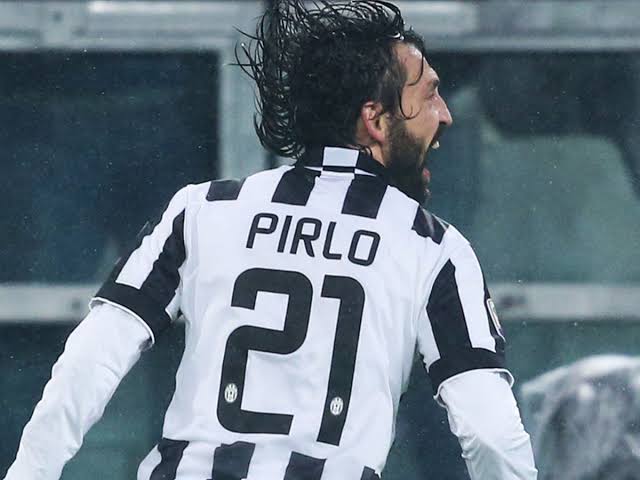 Many great players over the years have worn various jersey numbers

Next
5 Best Soccer Players In Mexico 2022 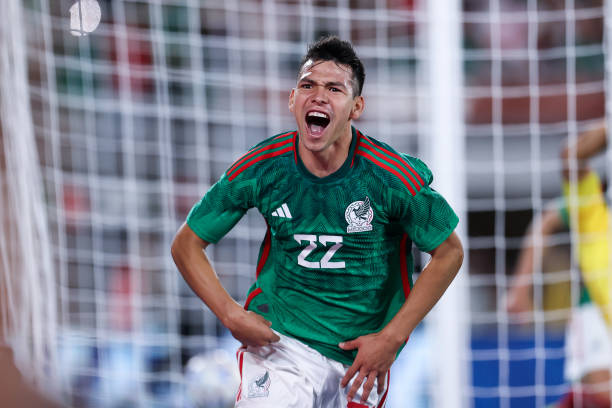 The best soccer players in Mexico have a lot to do at the 2022 FIFA World Cup,