Football, as a sport, is played for pleasure, leisure, and entertainment. To make it competitive at the professional level, incentives like money, awards, recognition, and trophies were introduced.

Awards/trophies may be given to an individual player or a team. Some awards are more prestigious than others.

In this article, TOP SOCCER BLOG looks at the most prestigious individual awards in football.

Note: This article is only about the men’s football awards

The oldest and currently the most prestigious award in the football is the Ballon d’Or. The Ballon d’Or is awarded to the best footballer in the world every year.

It was introduced in 1956 by France Football — a French football magazine.

Initially, the award was only given to the best European player in a season and was known as the European Footballer of the Year award.

That changed in 1995 when players from any country active in European leagues became eligible.

Football journalists were the original voters, but in 2007, team captains and coaches were given voting rights.

Between 2010 and 2015, in an agreement with FIFA, the award was temporarily merged with the FIFA World Player of the Year (founded in 1991) and was known as the FIFA Ballon d’Or.

That partnership ended in 2016, and the award reverted to the Ballon d’Or, while FIFA also reverted to its own separate annual award, The Best FIFA Men’s Player.

The recipients of the joint FIFA Ballon d’Or are considered as winners by both award organisations.

Lionel Messi has won the Ballon d’Or 7 times, and he is is possibly the footballer with the most individual awards. Messi is followed by Cristiano Ronaldo, who has done so on 5 occasions.

Real Madrid striker, Karim Benzema, is the current holder of the award.

2. FIFA World Player of the Year

The FIFA World Player of the Year is an award presented annually by football’s governing body, FIFA, to the world’s best player in the world.

The award was originally founded as the FIFA World Player of the Year. But was merged with France Football’s Ballon d’Or in 2010 to become the FIFA Ballon d’Or in a 6-year partnership.

When the partnership came to an end in 2016, the FIFA World Player of the Year award (which ran from 1991 to 2009) was reintroduced as The Best FIFA Men’s Player.

Zinedine Zidane and Ronaldo de Lima have won this award the most, each winning it 3 times.

The UEFA Men’s Player of the Year Award (formerly known as the UEFA Best Player in Europe Award) is an award given to the best footballer playing for a men’s football club in Europe.

Players are judged by their performances in all competitions, domestic and international, and at club and national team levels throughout the season.

Cristiano Ronaldo is the only player to have won UEFA Men’s Player of the Year Award 3 times, as well as twice in a row.

Female players are separately awarded the UEFA Women’s Player of the Year Award.

According to UEFA, the UEFA Men’s Player of the Year Award “recognises the best player, regardless of his nationality, plays for a football club within the territory of a UEFA member association during the previous season.”

The Golden Ball award is an award given to the best player at each FIFA World Cup tournament.

It is based on a player’s overall performance and impact at the global Mundial.

Introduced at the 1982 FIFA World Cup in Spain, no player has ever won it more than once.

The Silver Ball and Bronze Ball awards are given to the second and third most outstanding players in the tournament, respectively.

Historically, the Golden Ball has always been won by a player from the runners-up team at the World Cup final. The only exception was Brazilian forward Romário, who won it in 1994.

Croatian midfielder, Luka Modrić, is the current holder of the Golden Ball, having won it at the 2018 World Cup in Russia.

5. CAF Player Of The Year

CAF Player of the Year — also known as the African Footballer of the year — award is presented to the best African footballer each year.

It has been given by the Confederation of African Football (CAF) since 1992.

Cameroon’s Samuel Eto’o and Ivory Coast’s Yaya Touré have won the award the most times (4 wins each).

Two-time winner, Didier Drogba, is the player with the most runner-up appearances (4), most third-place finishes (3), and most times in the top three (9). Many African football legends have won this award.

The European Golden Shoe — also known as European Golden Boot — is an award that is presented each season to the overall top goalscorer in all European (first division) leagues during a season.

Lionel Messi has won the Golden Shoe a record 6 times, all while playing for Barcelona.

The FIFA Puskas Award is given to the footballer (male or female) judged to have scored the most aesthetically significant or most beautiful goal of the calendar year.

The award is named in honour of Ferenc Puskas — legendary Real Madrid striker during the late 1950s and the 1960s, and an important member of the highly successful Hungarian side of the same era.

Puskás is widely believed to be the most powerful and prolific forward European football ever produced.

No player has ever won the Puskas Award more than once.

8. FIFA World Coach of the Year

The FIFA Coach of the Year is an award given annually to the football coaches who are considered to have performed the best in the previous 12 months.

The award began in 2010 after France Football’s Ballon d’Or and the FIFA World Player of the Year award merged together.

After the merger came to an end in 2016, this award was replaced with the Best FIFA Football Coach Award.

The selection criteria for this award is said to be based on the performance and general behaviour of their teams on and off the pitch.

In 2016, the general public were also allowed to vote.

Each group will have 25% of the overall vote.

A lot of the football coaches with the most trophies have won this award. It is definitely one of the top awards in football.

The Golden Boy is an award that is given by sports journalists to a young footballer playing in Europe who is perceived to have been the most impressive during a calendar year.

All nominees must be under the age of 21 and play in a European nation’s top tier.

It was established by the Italian sports newspaper, Tuttosport in 2003.

More Newspapers now participate in the voting, including:

Each juror is allowed to nominate five players; the juror will allocate 10 points to the player that they perceive as the most impressive, 7 for second, 5 for third, 3 for fourth, and 1 point for the fifth most impressive.

No player has ever won it more than once.

The Golden Glove Award is presented at the FIFA World Cup to the best goalkeeper of the tournament.

The award was introduced with the name Lev Yashin Award in 1994 in honour of legendary Soviet goalkeeper Lev Yashin.

German keeper, Oliver Kahn, remains the only keeper who has won the Golden Glove and the Golden Ball (best player) awards in the same edition of the competition — doing so at the 2002 World Cup.

Thibaut Courtois of Belgium is the current holder of the award.

For this article, the Golden Glove was selected ahead of the FIFA Men’s Goalkeeper of the Year because of its longevity. The FIFA Goalkeeper only started in 2017.

The most prestigious global football awards in the female category are: 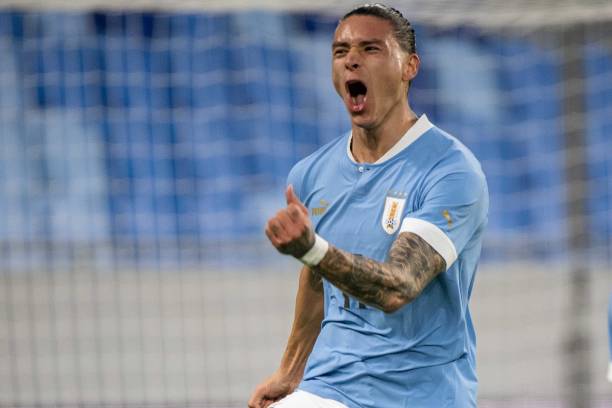 In their history, Uruguay have been known to produce top footballers

Next
5 Best Football Players in Croatia in 2022 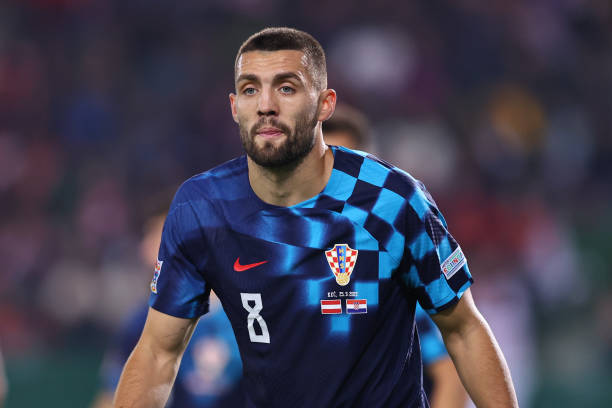 Croatia has always been blessed with amazing footballers