The dynamic and ever-evolving nature of soccer is perhaps one of the most attractive features of the sport. This article will comprehensively explain the best soccer formations of all time.

Soccer has maintained its appeal to fans all over the world for centuries and does not look likely to lose relevance anytime soon.

Despite the stardom that often comes with being a soccer player and the accompanying excitement of being cheered on by thousands of fans, soccer players have to maintain a certain shape and play a particularly rehearsed style that is imbibed over hours and hours of consistent training and drills.

Over the years, coaches and football institutions have come up with many brilliant setups that will maximize players’ efficiency and enable them to achieve the objective of winning the match.

There are three fundamental positions in soccer are; attack, defense, and a link between the two called the midfield.

While the attackers look to score goals, the defenders need to defend their goal post and prevent the opponents from scoring goals.

Guided by their coach and an entire team of training staff, professional soccer players are often required to master rigorous patterns of play and maintain their structure while playing.

Other times they may be required to show great fluidity and switch shapes, structures, and patterns on command.

These shapes, structures, and patterns are called formations.

These formations vary depending on the style of play the team chooses to adopt during play.

A team can choose a particular formation for many different reasons ranging from the need to keep possession of the ball, counterattack, or neutralize opponents by setting up solidly in defense.

Whatever style of play is chosen by a team must be matched by an adequate formation to efficiently execute their style.

Football formations have also greatly evolved over the years.

Modern systems often require full-backs to create rigid defensive stability and simultaneously provide a potent attacking threat, a role that contrasts with the defense-oriented roles played by full-backs in the past.

There is certainly no definitive way to determine the best formation in soccer as various formations have at different times stood out.

Let us consider some of the most tested and trusted formations that have been used over time.

Here is a list of the top 10 best soccer formations.

The 4-3-3 formation is the go-to formation for many modern and attack-minded teams.

The is soccer formation is deployed by teams looking to control the game. It is frequently used by one of the greatest coaching geniuses of our time Pep Guardiola, which is a testament to the reliability of this formation. Jürgen Klopp, Luis Enrique and Jose Mourinho have also used this formation.

The 4-3-3 uses four defenders, usually made up of two full-backs and two center-backs. The midfield is made up of 3 players, and the frontline is made up of 3 attackers, one each at the left and right flanks and one center-forward usually played as a false nine.

The 4-3-3 is tested and trusted and has proven to be one of the most effective formations in the game.

The 4-3-2-1 formation in soccer consists of 2 center-backs and 2 full-backs who protect the goalkeeper. The midfield is made up by 5 players consisting of 3 center midfielders, who sit behind a pair of attacking midfielders. While in the front a the center forward, who plays as the lone striker.

A formation that balances a solid defense, a fluid midfield, and a potentially devastating attack. It is one of the most popular soccer formations.

The 4-3-2-1 formation is used by many great teams. It is regarded as one of the best formations in modern football.

The 4-3-2-1 formation, commonly known as the “Christmas tree,” is a system that employs a 5-man midfield.

One of the major perks of this formation is that it relies on triangular combinations which favor both long and short passing that leave opponents running all over the pitch.

The 4-2-3-1 formation is very balanced and allows for good control of the midfield and sudden explosive attacks.

The 4-4-2 formation in football is made up of a back line of four defenders with two centre-backs and two full-backs. In the midfield are four midfielders, while two strikers play upfront.

A very balance-oriented formation, 4-4-2 provides a fine link between defense, midfield, and attack. One of the most straightforward formations to deploy as it creates a clear sense of direction. It is definitely one of the best soccer formations in football.

It is arguably the most used formation in the modern era.

It relies on 2 good center-forwards that will play in tandem with one another.

It has a solid defense and a very compact midfield. This makes it arguably the best soccer formation for defense.

The 4-4-2 diamond formation is regarded as old and trusted, mostly deployed by possession-oriented football teams that seek to control the midfield as it is perfect for build-up play and short passing.

Diego Simeone’s Atlético Madrid have regularly deployed with this formation.

This for a formation that favors more defensive-minded teams.

The 4-5-1 formation is a formation that compacts the midfield. While in action, this formation often morphs into a 4-3-3, with 2 midfielders needing to sit back. It is a formation that does not make for the most attractive style of football. It is deployed mostly by teams looking to force a draw or hold on to a lead.

This formation often leaves the striker isolated as the midfield focuses more on defense than attack.

The 4-5-1 formation is easily messed up when teams try to use it in an attacking style. While it possesses some tactical flexibility, it requires a great deal of discipline to properly deploy this formation. This is the best soccer formation against a stronger team.

The 3-4-3 formation in football is a system makes use if three central defenders and,  a double pivot ahead of them in central midfield. There are two wing-backs who provide attacking width, and a front line of three forwards can line up in several different ways.

The teams looking to employ this formation have to work with versatile midfielders. In addition, the wing-backs play a crucial role in the success of this soccer formation.

This formation relies heavily on the fluidity of the midfield.

The midfielders need to partake in the attack as well as the defense. The 3-4-3 is a great soccer formation for a quick counter-attack.

The midfield is the main driving force of this formation and must actively manage attack and defense to avoid the opposition breaking through easily in a counterattack. This formation is not for every team as the midfielders must be versatile and consistently involved.

Many teams use this formation temporarily during an active match rather than during the full match.

Popular football coaches who use the 3-4-3 formation are Rafael Benítez, Thomas Tuchel, and Antonio Conte.

Another defense-focused formation, the 5-3-2 formation, allows teams to maintain balance and actively attack.

A team with good wing-backs can use this formation to devastating effects. Although teams using this formation often turn to it for safety and do not seek to take too many risks.

It keeps the defense solid and often produces low-scoring matches. The 5-3-2 formation is one of the best soccer formations for a slow team.

While it is not very exciting to watch, it is effective and gets the job done.

This formation is a slight variation of the 4-4-2 diamond. Nicknamed the magic triangle, the 4-2-2-2 is not commonly used in modern football.

It employs two midfielders and two forwards across the midfield.

It allows for a lot of dynamism and often makes for exciting and explosive matches.

The 4-2-2-2 is very easily tweaked, and players must be flexible in their positioning. It may be a bit confusing as it often morphs into a 4-3-3 during an attack and a 4-6-0 when the team using it is under pressure from the opposition.

Like most formations, it must be used with players suited to it.

This formation is widely used and can be very effective too. The 4-2-3-1 formation is also the best soccer formation for counter attack.

While its primary application is tilted towards defense, it is very flexible and can be used for attacking football.

The major goal of this formation is to control the ball and stop the opposition from attacking.

Like most formations, it relies on the flexibility of its midfield.

Midfielders have to effectively shuttle between attack and defense.

It is a modern formation that uses full-backs in attack as much as defense. It emphasizes midfield control and is very effective for counterattacks. With 2 midfield players bolstering the defense, the other 3 are allowed to join in the attack.

The 3-5-2 formation is quite similar to the 5-3-2 but a much older variant, used mainly in the 1980s and 1990s. Although it has made a bit of resurgence in modern football, it is rarely used.

Unlike the 5-3-2 formation, it uses 3 center backs and 2 wing-backs that manage both defense and attack. Some of the best wing-backs in football history have excelled in this formation.

Also, very easily tweaked during play, it may be hard to spot this formation in action as its shape is very flexible. Allowing midfielders to switch between attack and defense is a dynamic formation that keeps the opposition on their toes.

It requires a lot of discipline and practice to work effectively. It is not frequently used as its flexibility often leads to vulnerability. The 3-5-2 format is an interesting formation that, if properly used, can allow a team dominates the midfield for long periods.

Louis Van Gaal is a firm believer of the 3-5-2 formation, and used it in the 2014 FIFA World Cup with Netherlands.

This is a formation that is very defense focused and allows teams to create protection all around the pitch for each other. It is reliant on a solid defense but doesn’t in any way limit the attacking potency of teams.

The wings are guarded by full-backs, who also play an active role in attacking.

The midfield provides for the lone striker, who is helped by wingers.

It is an effective formation and is relatively easy to maintain in an active match.

This formation often isolates the striker up front and may produce few goals.

However, if effectively used, it prevents the opposition from scoring easily and forces opposing players to invite pressure.

A compact midfield maintains control all through the match.

When it comes to formations, there is no one size fits all.

The best soccer formations must be used in tandem with the strength of available players and tweaked periodically to attain perfection.

A team’s choice of formation often goes on to produce a significant impact or have negatively devastating effects on their performance. 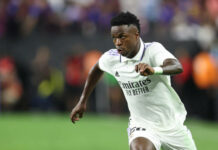 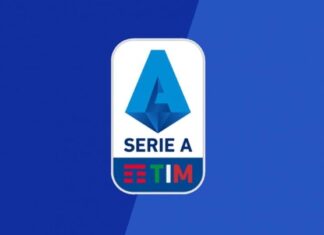