The 22nd of January was a sad day for many football fans. It was reported that Argentinian striker, Emiliano Sala was onboard a missing aircraft. The aircraft a Piper Malibu was headed to Cardiff from Nantes.

The aircraft was reported missing off Alderney on 21 January. Sala has just left Nantes after Cardiff City signed him. Cardiff City signed the Argentine striker Emiliano Sala from Nantes for a huge club-record fee of £15 million during the January transfer window.

Even though they have been fears over the safety of the 28-year-old forward, a search rescue team has still been persistently looking for him.

We all sincerely hope he is found. Meanwhile, here are some little-known facts about Emiliano Sala.

1. His full name is Emiliano Raúl Sala Taffarel, and he was born in Cululu, Santa Fe, Argentina, although he is of Italian descent.

2. Sala started to play football for San Martín de Progreso. He played with the team until he was 15 years old. Later on, Sala switched to San Francisco, Córdoba to play at a football school called Proyecto Crecer after he was spotted by a soccer scout.

3. Emiliano Sala started his football career in the youth team of Argentinian side Club Proyecto Crecer. He signed for FC Girondins Bordeaux in France and made his debut for the club in 2012 at the age of 22.

4. He had some successful loan stints at Championnat National side Orléans, Ligue 2 side Niort and then Ligue one side Caen in consecutive seasons.

6. Sala has scored 12 goals, which is the highest amount of goals in the French Ligue 1 this season. He is just behind Kylian Mbappé and Nicolas Pepe who have 14 and 13 respectively.

7. While Sala was still at Nantes, he became the first player to score a Ligue 1 hat-trick for the club since Mamadou Diallo’s against FC Sochaux-Montbéliard 13 years ago (2006).

8. Emiliano Sala was done close to joining Turkish Giants, Galatasaray last summer. Sala also rejected a late bid from a Chinese Super League club to Join Cardiff City. Although the Chinese club offered a higher transfer fee and salary, he turned them down due to his desire to play in the English Premier League.

9. Sala has drawn comparisons with former Argentine international forward Gabriel Batistuta. Emiliano Sala’s style of play has been said to be a striker who can hold the ball up, likes wide spaces and has been described as possessing a decent pace.

10. Despite his excellent form, Emiliano Salaries has never represented the Argentinian football team at any level.

These are ten things you should know about Emiliano Sala. Thanks for reading.

DID YOU ENJOY READING THIS ARTICLE?

So you won’t miss any wonderful article we post. 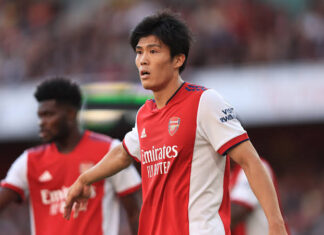