Football is a sport meant to be played and enjoyed. Goal celebrations are part and parcel of what makes the beautiful game so special.

Although football is a passionate team sport, the greatest attraction of it is when an individual scores a goal.

And when a brilliant goal is scored from the perfect cooperation of the whole team, the goalscorers take pride in their own individual performance by celebrating their goal. Each football player has his own way of celebrating a goal.

From dance moves to acrobatic gestures and funny displays on the pitch, these and other celebrations are what make football the most loved game in the world.

This celebration was created and popularized by Portuguese superstar Cristiano Ronaldo.

Called siuuu! to describe the sound fans make when he’s executing the celebration, it involves Ronaldo jumping in the air while twirling his hand and then landing dramatically with his arms and legs spread apart.

This celebration has become so popular that fans and other players too mimic it when they celebrate a goal.

This is a funny, light-hearted celebration also recently originated by Ronaldo.

After scoring a goal, Cristiano will usually go and stand in a corner with his hands linked together and placed on his chest with his eyes closed.

This ‘At Peace’ celebration has also caught on like the siuuu! celebration, with fans and other players also copying it.

This dramatic and acrobatic celebration was popularized by former Nigerian international Julius Aghahowa when he executed it after scoring a goal at the FIFA 2002 World Cup.

Aghahowa, after scoring a goal, would perform 6-7 summersaults that would make any gymnast proud.

This is another fun celebration that is usually performed by Erling Haaland.

After scoring a goal, the Norwegian international will sometimes sit on the floor with his legs crossed and eyes closed, performing a sort of meditation technique.

5. Two clenched fists together across the chest

This goal celebration is peculiar to one of the most lethal strikers of his generation, Robert Lewandowski.

According to the Polish footballer, his iconic goal celebration, where he pushes two clenched fists together across his chest, was inspired by his daughter.

The Barcelona striker has scored over 500 goals in his career while playing for some of the best football clubs in Europe. Hence, he has made his goal celebration popular.

This goal celebration was popularized by Thierry Henry and Didier Drogba. It usually involves the player sliding dramatically on his knees after scoring a goal.

7. Two hands across the chest

According to Mbappé, his goal celebration was actually invented by his younger brother when they were playing FIFA, and he has been using it since then.

This cheeky but funny celebration was done by former Cameroon international Samuel Eto’o during his time with English side Chelsea in response to comments from different quarters about his true age.

After scoring a goal in a league match for Chelsea, Eto’o went and held the corner flag, put the other hand on his back, then started mimicking an elderly man trying to move with his walking stick.

This is the go-to celebration for a lot of footballers.

Many of the top Brazilian football players like Neymar Jr, Vinicius Jr, and Raphinha often dance to celebrate their goals.

The most easily remembered ones will have to be Roger Milla’s corner flag dancing routine in the 1990 World Cup and the Senegalese hop and dance display at Korea/Japan 2002.

Another famous footballer who has a dance goal celebration is Frenchman Antoine Griezmann.

Griezmann’s goal celebration is a dance inspired by the popular R&B star Drake and his music video “Hotline Bling.”

This is one of the most popular and best goal celebrations in football today.

Lionel Messi, who is undoubtedly one of the greatest football players of all time, popularized this goal celebration throughout his playing career.

The Argentina legend has scored over 800 goals in his remarkable career and typically does a simplistic celebration where he points two fingers at the sky.

According to Messi, the celebration is a tribute to his grandmother, who passed away in 1998, but used to take him to football matches when he was a kid.

Other Notable Goal Celebrations In Football 2022

Here are some of the best football celebrations in 2022: 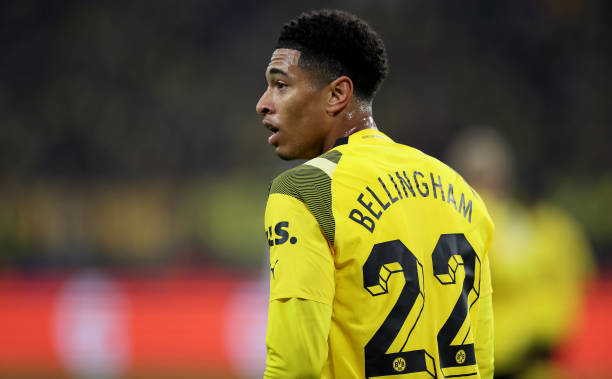 In football, 11 players make up the starting lineup, which means another 11 are

Next
Football Teams That Play In Black And White Stripes 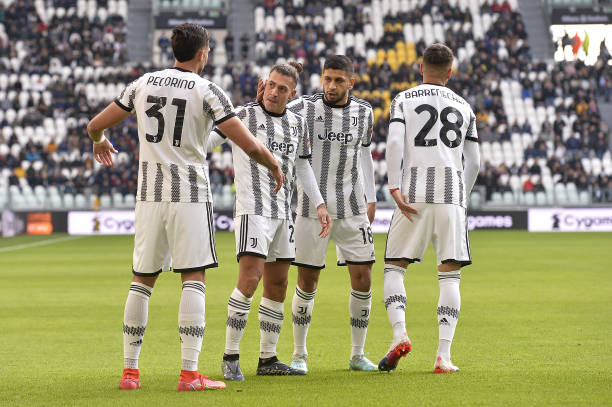 Many teams in the world play in various colours