Bonke Innocent is a Nigerian international born on 20th January, 1996. The 25-year-old is primarily a defensive midfielder but can play a plethora of positions across the midfield. Today we will be taking a look at the career of Innocent and also look at his earnings and net worth.

Bonke first started out with his local youth side Bujoc Sports FC in his native Nigeria in 2012. That same year he crossed over to amateur side Moderate Stars FC. It was from there that Innocent made his first move to Europe, joining Norwegian giants Lillestrom SK in 2014. He made over 54 appearances for The Canaries over 4 seasons.

His impressive performances caught the eye of Swedish Allsvenskan top club Malmo FF. Di Blae signed the Kaduna-born player on August 2nd, 2021 on a four-year contract for about €800 000. 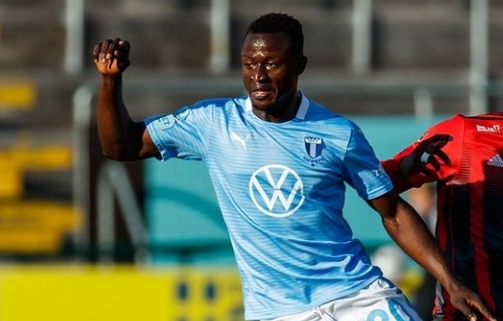 Following his move to Malmo, Bonke has become one of their main starters, so far appearing 84 times across all competitions. Innocent has featured prominently in the league for his Swedish side and was part of the team that won two league titles recently in 2017 and 2020.

The 25-year-old midfield enforcer has also featured a number of times in continental competitions with his club. Last year he appeared in his sides failed Europa League qualifying campaign.

In International football this year has been a breakout one for Bonke, whose consistent impressive performances in Sweden caught the eye of Nigerian senior national team coach Gernot Rohr. Innocent was called up to be part of the expanded 30-man squad to prosecute the Qatar 2022 African World Cup qualifying matches against Liberia and Cape Verde. The 25-year-old finally made his debut on September 7th, 2021, starting in an away fixture against group C opponents Cape Verde.

Despite the absence of British-based players due to circumstances surrounding COVID-19 protocols, Bonke played his part in the team’s hard-fought 2-1 victory over their hosts. Innocent continued consistent performances have earned him another call up for the World Cup qualifying double header against the Central African Republic to be played this month.

Collins Nwokolo - August 13, 2017
0
After many years of staying in the footballing darkness and a long absence in European football, it seems AC Milan are finally back. Coach...