Football is one of the most loved sports in the world, and one of the reasons for this is the round-leather game’s tendency to occasionally produce stunning upsets.

Everyone loves a good underdog story, and football is often considered the sport of the underdogs as it has given us various David vs. Goliath fairytales throughout its history.

From Cup and league title upsets to shocking wins at the FIFA World Cup; here are TOP SOCCER BLOG‘s top 11 biggest football upsets of all time. 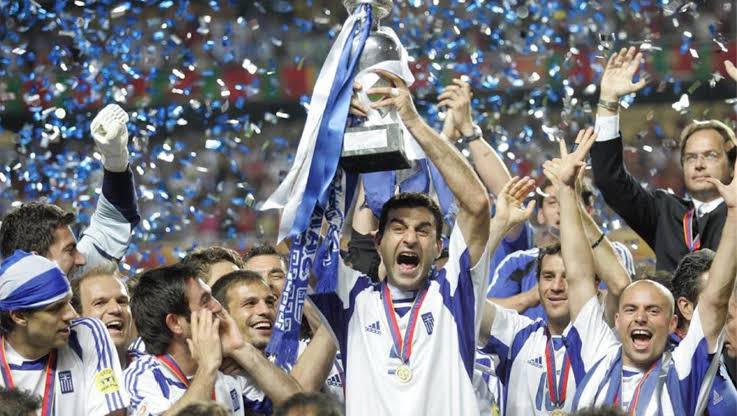 Greece finished second in their group at the 2004 European Championship. Their most notable victory in the group phase was beating hosts Portugal 2-1 in the opening game — and nobody expected much after that.

But the Greeks went all the way to the final, knocking out France in the quarterfinals 1-0, and then won the semi-final courtesy of a golden goal against Czech Republic.

The final saw them face hosts Portugal, who had never won a major trophy and now had the chance to do so on home soil.

But the star-studded Portuguese squad — featuring a young Cristiano Ronaldo — would be stunned as they lost 1-0 to the stubborn and determined Greeks.

Greece had just one shot on target in the final through Angelos Charisteas, but it was all they needed to complete one of football’s greatest upsets of all time.

Against all odds, Zambia won the AFCON in 2012.

Even though the continent’s heavyweights like Egypt, Cameroon, and Nigeria failed to qualify, Zambia were not favourites as they went to the tournament in 71st position on the FIFA Rankings.

They faced an uphill task after being drawn with Senegal and co-hosts Equatorial Guinea in the same group.

But somehow, the Copper Bullets went unbeaten in Group A.

They defeated Sudan 3-0 and Ghana 1-0 in the quarterfinals and semifinals, respectively.

The Zambians then wrote their names in the history books by beating Côte D’Ivoire 8-7 on penalties in the final. It is one of the most remarkable Cinderella runs in football.

Wigan Athletic produced the greatest FA Cup upset of all time by defeating Manchester City in the final at Wembley in 2013.

Hosts, Brazil were favourites when they came up against Uruguay in the 1950 FIFA World Cup final at the Maracana Stadium.

210,000 people packed into the iconic stadium anticipating a comfortable home victory for Brazil, who had been firing on all cylinders throughout the tournament.

But Uruguay had other ideas, as they triumphed 2-1 in a game that would famously be known as the “Maracanazo.”

Many Brazilians committed suicide as a result, and the whole country was sent into mourning. It is one of the best World Cup finals of all time.

It was this humiliating upset that ultimately led to Brazil’s all-white kits being replaced by the now iconic yellow, green and blue.

The Diego Maradona-led Argentines were expected to sweep the Cameroonians aside.

But a gravity-defying leap from Cameroon forward Francois Omam-Biyick saw the Indomitable Lions stun their South American opponents and the whole world.

The game continues to be regarded as one of the most extraordinary football upsets of all time.

At the 2002 FIFA World Cup, Senegal had qualified for the global Mundial for the first time in history but were made to face defending champions, France in their opening game.

The French lined up with the likes of Thierry Henry, Patrick Vieira, Marcel Desailly, Lilian Thuram, and Fabien Barthez. Zinedine Zidane was out injured.

But France struggled to settle into the game, and Papa Bouba Diop scrambled home the only goal of the game after half an hour.

It was one of the greatest upsets in World Cup history.

France would go on to crash out in the group stage, while Senegal equalled an African record by amazingly reaching the quarterfinals.

Liverpool had only reached the 2005 UEFA Champions League final courtesy of a “ghost goal” from Luis Garcia in a tense semifinal clash with Chelsea.

The final was expected to be a comfortable win for a Carlo Ancelotti-led AC Milan side featuring stars like Andriy Shevchenko, Filippo Inzaghi, Paulo Maldini, Kaka, and Clarence Seedorf.

When the Rossoneri led 3-0 at half-time, few people were surprised.

But the second half produced one of the greatest football upsets of all time as Liverpool valiantly fought back with 3 goals in six minutes to send the game to extra-time.

Liverpool goalkeeper, Jerzy Dudek ultimately proved to be the hero after a penalty shootout.

This was because the Foxes had only managed to escape relegation the season before.

However, Claudio Ranieri’s squad managed to astonishingly win the title against all the odds.

Leicester put in stellar performances throughout the campaign, leading to what many regard as arguably the greatest football fairytale of all time.

They rounded off the season with 23 wins, 12 draws, and only 3 losses.

Leicester finished 10 points ahead of second-placed Arsenal and qualified for the UEFA Champions League for the first time in their history.

Denmark winning EURO 1992 is a football fairytale that does not get talked about often enough.

Denmark only qualified for the tournament because Yugoslavia got disqualified as a result of the breakup of the country and the war going on there.

The Danes somehow managed to qualify for the knockout round, where they defeated the defending European champions, Netherlands — following a close penalty shootout.

In the final, Denmark defeated the reigning world champions Germany 2-0 to claim their first and only European title.

How Lille won the Ligue 1 title in 2020/21 is utterly baffling, but it is still underrated.

The club had sold its most important player (Nigerian striker Victor Osimhen) to Napoli ahead of the season.

But they still incredibly beat the almighty PSG to the title. Lille’s triumph is up there among the biggest upsets in football history.

Blackburn Rovers stunned English football followers in 1995 when they pipped Manchester United to the Premier League title by just a single point.

Kenny Dalglish’s side secured the championship on the last day of the season.

Alan Shearer was the top scorer in the Premier League that season with 34 goals. His goals propelled Blackburn to the title.

Prev
8 Countries That Are Not Members Of FIFA 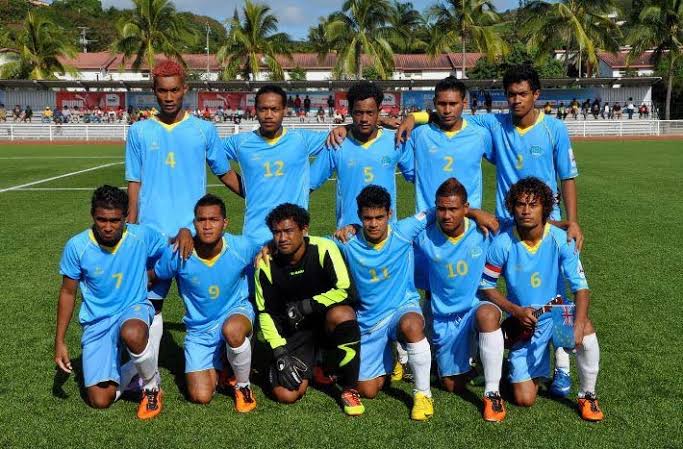 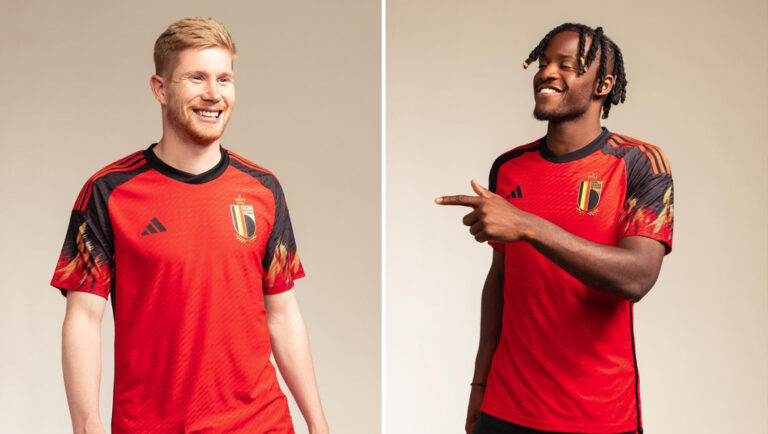 With the 2022 FIFA World Cup fast approaching, the much anticipated World Cup