Football or soccer is one of the oldest sports games in the world. Its origins can be traced as far back as the 2nd or 3rd century in China.

It has come a long way since then and has become the most followed sport in the world. This has made football very lucrative in modern times.

In football, there are various tournaments, leagues, cups, trophies, and competitions.

The most prestigious football tournament is the FIFA World Cup.

A league is an organisation of sports teams that play against one another for a championship.

In this article, TOP SOCCER BLOG brings you the top 10 oldest football league leagues in the world.

The English Football League (EFL) is a league of professional football clubs from England and Wales.

It was founded on the 17th of April 1888 (134 years ago) as the Football League. It is the oldest such competition in the world.

The EFL was the top-level football league in England from its foundation until 1992 when the top 22 clubs split from it to form the Premier League.

It is currently categorised into three divisions: Championship, League One, and League Two.

The defending champion is Fulham, who, as a result, secured automatic promotion to the Premier League.

The Northern Football League is a men’s football league in northeast England.

Having been founded in 1889, it is the second-oldest football league in the world, still in existence after the English Football League.

It contains two divisions; Division One and Division Two.

Division One sits on the 9th tier of the English football league system, 5 divisions below the Football League.

The champion of Division One gets promoted to the lower division of the Northern Premier League.

It is contested by 41 teams.

The Argentine Primera División is the oldest top division football league in the world and the oldest league outside Great Britain. The top football clubs in Argentina play here.

It was founded on the 12th of April 1891 (131 years ago). 28 clubs currently compete in the Argentine Primera División.

The current champions are River Plate, who are also the most successful club with 37 titles.

The player with the most appearances in the Argentine league is Hugo Gatti with 765 appearances, while the all-time topscorer is Arsenio Erico (295 goals).


The Belgian First Division A, also known as the Belgian Pro League or Jupiler Pro League, is the oldest association football league in continental Europe.

Of the 74 clubs to have competed in the first division since its creation, only 16 have been crowned champions of Belgium.

RSC Anderlecht is the most successful club with 34 titles, followed by Club Brugge (18), Union Saint-Gilloise (11), and Standard Liège (10).

The Belgian league is currently ranked 8th in the UEFA rankings of leagues based on performances in European competitions over the last five years.

The Italian Serie A was founded in 1898 (124 years ago). It is one of the best soccer leagues in the world.

It was initially called Directorio Division Superiori until 1943, and then Lega Calcio until 2010, when it was renamed to Lega Serie A ahead of the 2010/11 season.

The Serie A is regarded as one of the best football leagues in the world, and it is often depicted as the most tactical and defensively sound football league.

The current champion is AC Milan (who won their 19th title), while the most successful club in the Serie A is Juventus (36 titles).

The record for the most Serie A appearances is held by Gianluigi Buffon (657 matches), while the most goals scored is by Silvio Piola (274 goals)

More players have won the Ballon d’Or award while playing at a Serie A club than any league in the world except the Spanish La Liga.

The Calcutta Football League (CFL) is a league football competition in the Indian state of West Bengal. It is organised by Indian Football Association (IFA), under state football leagues in India.

It was founded in 1898 (124 years ago), which makes it the oldest football league in Asia.

The Calcutta Football League currently consists of a seven-tier pyramid system, and there are more than 8,500 directly registered players of IFA participating in it every year — making it one of the biggest leagues in India.

East Bengal have won the Calcutta Football League title the most number of times in history, with 39 trophies They also won the league eight consecutive times between 2010 to 2017.

The Red and Golds’ arch-rivals Mohun Bagan are the second most successful club in Calcutta Football League’s history with 30 titles.

The Swiss Super League is the top tier of the football league system in Switzerland.

It was founded in 1898 (124 years ago). The top football clubs in the Swiss League compete here.

The 2022/23 season will be the 126th season of the Swiss top-flight, making it the longest continuously running top-flight league in the world.

The defending champion of the Swiss Super League is Zürich FC (13th title), while the most successful club is Grasshopper FC (27 titles).

16 football clubs currently compete in it.

Controversy exists on the date of the founding of Peñarol. The club’s official position assumes a change of name of CURCC (founded on the 28th of December, 1891).

On the other hand, some historians state that Peñarol was established on the 13th of December, 1913.

If considered the same club, Peñarol/CURCC is the most successful Uruguayan club, with 51 titles. Otherwise, it is Nacional with 48 titles.

In 2011, the Uruguayan Primera División was regarded as the 23rd most difficult football league in the 21st century by the International Federation of Football History & Statistics (IFFHS).

The Nemzeti Bajnokság (National Championship), also known as NB I, is the top tier of the Hungarian football league system.

The league is officially named OTP Bank Liga after its sponsor OTP Bank.

12 teams compete in the league, playing each other three times — once at home, once away, and the third match is played at the stadium that the last match was not played at.

At the end of the season, the top team enters the qualification for the UEFA Champions League, while the runner-up and the third place, together with the winner of the Magyar Kupa, enter the UEFA Europa Conference League qualification rounds.

The bottom two clubs are relegated to Nemzeti Bajnokság II (the second division), to be replaced by the winner and the runner-up of the NB2.

The defending champion of the Nemzeti Bajnokság is Ferencváros, who are also the most successful club in Hungary (33 titles).

Run by the FPF, the league is contested between 16 clubs and typically lasts from January to April.

Rivalries amongst four of the best-known Brazilian teams (Corinthians, Palmeiras, Santos, and São Paulo) have marked the history of the competition.

The Campeonato Paulista is the oldest established football league in Brazil, being held since 1902 and professionally since 1933.

The current champions are Palmeiras (24th title), while the most successful club is Corinthians (30 titles). 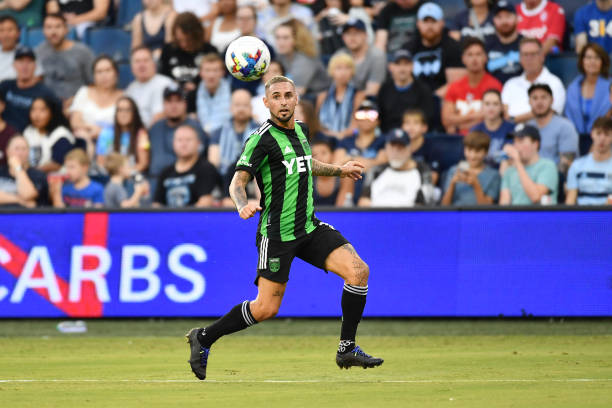 Next
What Is A Yellow Card In Soccer?