Soccer, or football as it is known in most parts of the world, is a sport that is loved by billions of people around the globe.

It has a rich and storied history, and many of the game’s greatest players have shared their stories through autobiographies.

Many football personalities have written interesting and sometimes controversial books about themselves.

A lot of these autobiographies offer a unique look at the lives and careers of some of soccer’s most iconic figures, and can provide insight and inspiration for fans of all ages.

In this article, we will highlight some of the best soccer autobiographies that have been published in recent years.

Whether you are a die-hard soccer fan or simply looking for a good read, these books are sure to satisfy.

Many football personalities have written interesting and sometimes controversial books about themselves.

1. I Think, Therefore, I Play by Andrea Pirlo 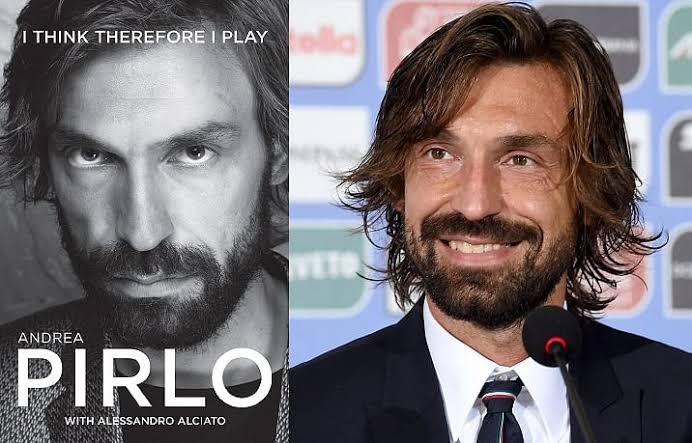 This well-written book takes a look back at Pirlo’s career, filled with humorous anecdotes about teammates during his playing days at Juventus and AC Milan.

“I Think, Therefore, I Play” is a book written by Andrea Pirlo, a retired Italian professional footballer.

The book is a memoir that covers Pirlo’s career as a professional footballer, beginning with his early years at Brescia and culminating with his time at Juventus.

In the book, Pirlo explores highlights of his career, including his time with the Italian national team and his triumphs in the Champions League.

He also provides insight into his thoughts on the game of football and his approach to playing the sport.

“I Think, Therefore, I Play” is a must-read for any football fan, as it offers a unique perspective on the game from one of the greatest midfielders of all time.

This autobiography is available on Amazon.

Gordon Banks was a famous English professional footballer who played as a goalkeeper.

He is best known for his time with Leicester City, where he helped the club win the League Cup in 1964, and with the England national team, where he was a key player during the 1966 World Cup-winning campaign.

Banks is considered one of the greatest goalkeepers in the history of English football.

The legendary England goalie recounts the highs and lows of his career and personal life in this book.

Banks recounts his role in the 1966 World Cup triumph and also delves into details about the accident that damaged one of his eyes.

You can purchase the book on Amazon.

3. Red: My Autobiography by Gary Neville

The ex-England international does so in this fascinating read, looking back at his career.

“Red: My Autobiography” is a book written by Gary Neville, a retired English professional footballer who played as a right-back for Manchester United and the England national team.

The book was published in 2011 and is an autobiographical account of Neville’s career as a professional footballer, including his time at Manchester United and his experiences representing England.

It talks about his early years in football, his time at Manchester United under Sir Alex Ferguson, and his thoughts on the game and its evolution.

Furthermore, the book includes Neville’s personal reflections on his career, his relationships with his teammates, and the challenges he faced throughout his career.

You should definitely get this book on Amazon.

4. My Turn: The Autobiography” by Johan Cruyff

This intriguing book gives us a bird’s eye view of the football career and rock star lifestyle of one of the best soccer players of all time Johan Cruyff.

“My Turn: The Autobiography” is a book written by Johan Cruyff, a Dutch professional footballer and coach who is widely regarded as one of the greatest players in the history of the sport.

The book was published in 2016 and is an autobiographical account of Cruyff’s life and career.

It covers his early years growing up in Amsterdam, his time as a player at Ajax and Barcelona, and his later years as a coach and manager.

The book also includes Cruyff’s thoughts on the game of football, his philosophy on how it should be played, and his experiences working with some of the biggest clubs in the world.

You can purchase the book on Amazon.

5. My Life in Red and White by Arsene Wenger 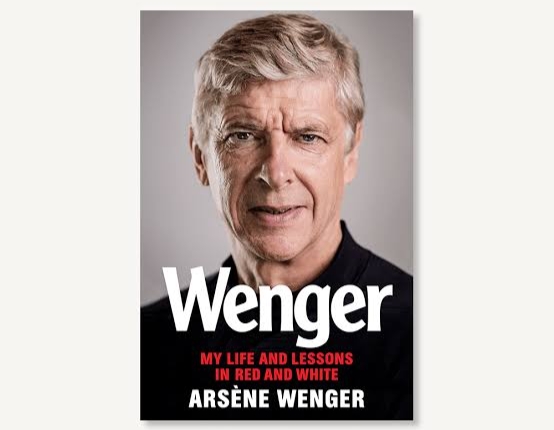 My Life in Red and White” is a book written by Arsene Wenger, the former manager of Arsenal Football Club.

The book was published in 2017 and covered Wenger’s career as a football manager, including his time at Arsenal, where he spent 22 years as a manager and led the team to numerous victories and titles.

In the book, Wenger reflects on his career, the players he worked with, and the challenges and successes he experienced during his time in football management.

The book is considered a must-read for fans of Arsenal Football Club and for anyone interested in the world of professional football.

The great French manager looks back at his time with English side Arsenal regaling us with stories of his time at the North London and how he contributed in his own way to revolutionizing the way the beautiful game is played.

Check the price on Amazon. 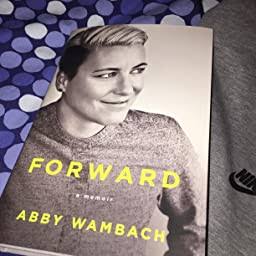 A powerful and inspiring look at the career of one of female football’s greatest-ever players.

During her playing days, Wambach was one of the best US women’s soccer players.

The book was published in 2017 and is a memoir that covers Wambach’s career as a soccer player, including her time on the United States Women’s National Team.

In the book, Wambach reflects on her experiences as a female athlete and the challenges she faced on and off the field.

In the book, Wambach reflects on her experiences as a female athlete and the challenges she faced on and off the field.

She also shares her thoughts on leadership, teamwork, and the importance of hard work and determination.

“Forward” is one of the best soccer autobiographies out there as it is a motivational and inspiring read for anyone interested in soccer or in pursuing their dreams.

You can purchase the book on Amazon now.

An honest look at the colorful and flashy life of Northern Ireland’s greatest player George Best.

“Blessed” is a book written by George Best, a former professional footballer who is widely considered one of the greatest players of all time.

The book was published in 2001, just a few years before Best’s death in 2005. It is an autobiographical account of Best’s life and career, including his time at Manchester United and his successes and struggles on and off the field.

It is an autobiographical account of Best’s life and career, including his time at Manchester United and his successes and struggles on and off the field.

In the book, Best reflects on his relationships, his fame, and his battles with alcoholism and offers insights into the world of professional football.

“Blessed” is a great book for fans of George Best and for anyone interested in the life and career of one of football’s greatest players.

You should get this book on Amazon.

8. I Am Zlatan by Zlatan Ibrahimovic

Anything written by Zlatan will always be an entertaining and exciting read.

The big Swede gives his frank take on his footballing career and other related issues.

“I Am Zlatan” is a book written by Zlatan Ibrahimovic, a professional soccer player who has played for a number of top clubs around the world, including Barcelona, Paris Saint-Germain, and Manchester United.

The book was published in 2011 and is an autobiography that covers Ibrahimovic’s life and career, including his early years, his time at various clubs, and his thoughts on his teammates, coaches (taking shots at Pep Guardiola), and opponents.

In the book, Ibrahimovic shares his unique personality and perspective on the game of soccer and offers insights into his approach to training, competition, and life.

“I Am Zlatan” is a great read for fans of Zlatan Ibrahimovic and for anyone interested in the world of professional soccer.

You can find this book on Amazon.

9. A Life in Football by Ian Wright 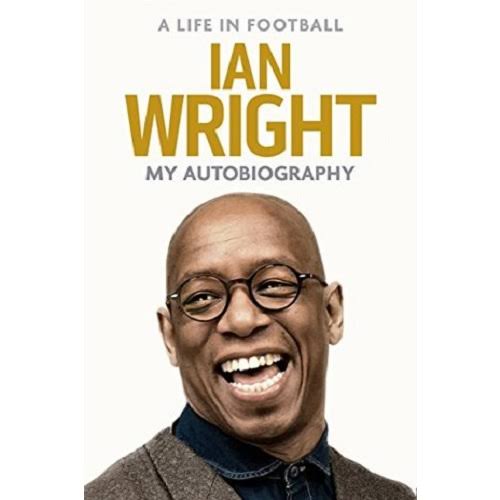 Arsenal legend Wright pens this bestseller recounting his playing days and how he dealt with different obstacles along the way.

“A Life in Football” is a book written by Ian Wright, a former professional footballer and television presenter.

The book chronicles Wright’s career as a professional footballer, beginning with his early years at Crystal Palace and culminating with his time at Arsenal.

It also includes stories from his time playing for the England national team.

Wright is known for his goalscoring prowess and his infectious personality, and both of these elements are on display in “A Life in Football.”

If you’re a fan of football or just want to learn more about Wright’s career, this book by Ian Wright is a great choice.

10. My Autobiography by Alex Ferguson 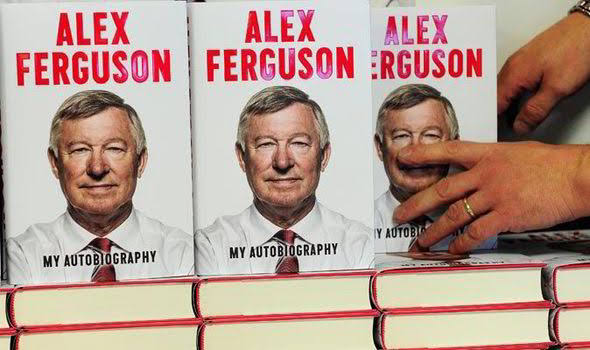 Your football books collection will not be complete until you add this notable book by the great Scot.

It is undoubtedly one of the best football autobiographies of all time, as it is written by the manager that has won the most trophies in football.

Ferguson recalls his whole career, especially his time with Manchester United, and also gives his thoughts on the state of the club post-retirement.

“My Autobiography” is a book written by Sir Alex Ferguson, a retired Scottish football manager, and former player.

The book covers Ferguson’s life and career in football, including his time as a player at Glasgow Rangers and his managerial stints at several clubs, including Aberdeen and Manchester United.

In “My Autobiography,” Ferguson discusses the highs and lows of his career, including the triumphs and controversies he encountered along the way.

The book is considered a must-read for any football fan, as it provides insight into the mind of one of the most successful and respected figures in the game.p

In conclusion, soccer autobiographies offer a unique and personal look at the lives and careers of some of the game’s greatest players.

From tales of triumph and victory to struggles and setbacks, these football autobiographies offer a wide range of insights and experiences that are sure to captivate and inspire readers of all ages.

So why wait? Pick up one of these books today and immerse yourself in the world of soccer like never before! 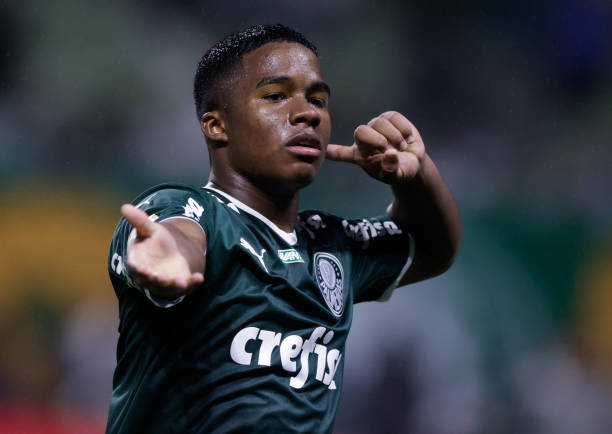 Next
Top 5 Soccer Teams in Portugal 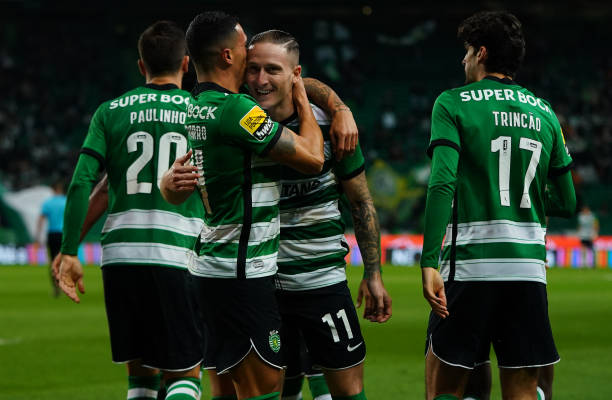