A Vegan is an individual who does not consume, use or eat meat and other animal products like egg, milk and cheese. Vegans majorly consume fruits, seeds, grains, nuts and vegetables.

In recent years, certain footballers have embraced veganism to reduce the risk of heart diseases, inflammation and to prolong and improve their careers.

Veganism does not affect footballers’ fitness and strength as far as they are consuming enough protein.

In this article, TOP SOCCER BLOG looks at top footballers who are vegans.

The Arsenal defender is probably the most outspoken vegan footballer as he is never shy of granting interviews concerning the topic. He got convinced to adopt veganism after meeting boxing superstar David Haye. Bellerin stated that veganism helps him to reduce inflammation in his body and also to recover quickly after games.

The injury-prone Westham United midfielder has embraced a vegan lifestyle and stated that it has helped him look better, lose weight, become fitter and makes him believe that he can last longer.

The on-loan AS Roma defender was influenced to join the full vegan diet lifestyle by his wife Sam Cooke — who is a top model. Smalling said that his vegan diet had helped the tendonitis in his knees.

The best player in the world is also a vegan. Messi adopted veganism to reduce the risk of muscle injuries, improve his speed and resistance and also to lose weight. If you could remember, the Argentine superstar sometimes gets forced off the pitch due to vomiting in the past, but the problem has since stopped since he became a vegan. The forward, who is also one of the top playmakers in the world, is one of the top Footballers who are vegan m

Another Argentine superstar on this list, Aguero admitted to have adopted a vegan lifestyle in order to stop the reoccurrence of certain injuries.

The Everton midfielder credited meditation and his vegan lifestyle for his well-being. Delph, one of the top bald footballers, and used to be injury prone but since he began taking up the vegan lifestyle.

Alex Morgan is one of the most successful players of this generation in women football. The United States international is a vegan. She believes that her vegan lifestyle helps her recover more quickly from game fatigues.

The Bayern Munich forward became a vegan after watching some documentaries and speaking with friends but admitted that he “sometimes eat meat”. The German flopped at Arsenal and WestBrom but his now fulfilling his potential in Munich. He is arguably one of the best wingers in the world. Over the past two seasons, Gnabry has been in sensational form (Chelsea and Tottenham fans can relate!), and one can’t help but attribute this to his vegan diet.

Vegan Athletes in other sports includes: Venus and Serena Williams (Tennis), David Haye (Boxing), Lewis Hamilton (Formula one) among others. 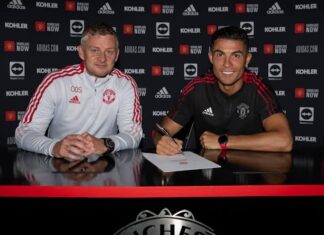 Collins Nwokolo - November 10, 2021
0
The soccer contract of today’s modern professional football player has become increasingly lucrative due to the popularity and big financial investment that the sport...