So far this season, we have been wowed by extra-ordinary performances across the five top European Leagues. Other than an exquisite display of skill and trickery, we have also witnessed the exhilarating and pulsating feats of speed from some of the fastest footballers in the world.

However, some have stood head and shoulders above others. Join me as I highlight these five speedsters who could give Usain Bolt a run for his money. Here are the top 5 fastest footballers in 2020.

The 30-year-old Manchester City FC right-back has continued to age like fine wine. The former Tottenham full-back has not stopped showing Premier League defenders a clean pair of heels. His never-say-die attitude, attacking verve and tireless running have continued to be the hallmarks of his game. An attacking full-back with admirable defensive qualities, his blistering pace has been a potent weapon for his team. He has been clocked doing 35.21 kilometres per hour.

The Bayern Leverkusen wingman has continued to grow in influence season-by-season. His eye-catching performances have been more noticeable this season. The Germa national’s devastating raw speed have left many Bundesliga defenders in his wake. The 30-year-old has scored five goals, and provided 7 assists in 36 appearances in the Bundesliga this season.  Karim Bellarabi has been clocked at a top speed of 35.27 kilometres per hour to place him as one of the fastest football players on the planet.

Karim Bellarabi, who formally played for Eintracht Braunschweig, is also one of the best penalty takers in football.

Age doesn’t seem to be slowing down the Gabonese hitman. The Arsenal FC striker has continued to trouble many Premier League defenders with his pace and clever movement this season. The 30-year-old has scored 17 goals from just 26 League appearances leaving him not too far off in the goal scorers chart. The Gabon national team captain has been clocked at 35.5 kilometres per hour, making him one of the fastest and most devastating strikers in the game.

The 25-year-old has the reputation of being one of the fastest footballers in world football. The Spanish international has a top speed of 35.7 km per hour. The Atletico Bilbao striker has made good use of his pace and power this season. The Basque player has featured 27 times in the Spanish La Liga for this season, with six goals against his name. The young forward will be aiming to score more goals whenever the Spanish league resumes from the enforced break due to the coronavirus pandemic.

The French World Cup winner is widely known for his burst of electric pace. Not many can cope with his speed when at full flight. The 21-year-old has been known to hit speeds of 38 kilometres per hour, leaving him as arguably the fastest football player. The Paris Saint-Germain striker finished the season as the French League’s top goal scorer, after scoring 18 goals from 20 games played after the league had to end prematurely due to the global COVID 19 pandemic.

Prev
9 Top Footballers Who Are Vegan

A Vegan is an individual who does not consume, use or eat meat and other animal

Next
Top 5 Players With the Highest Buyout Clause in 2020 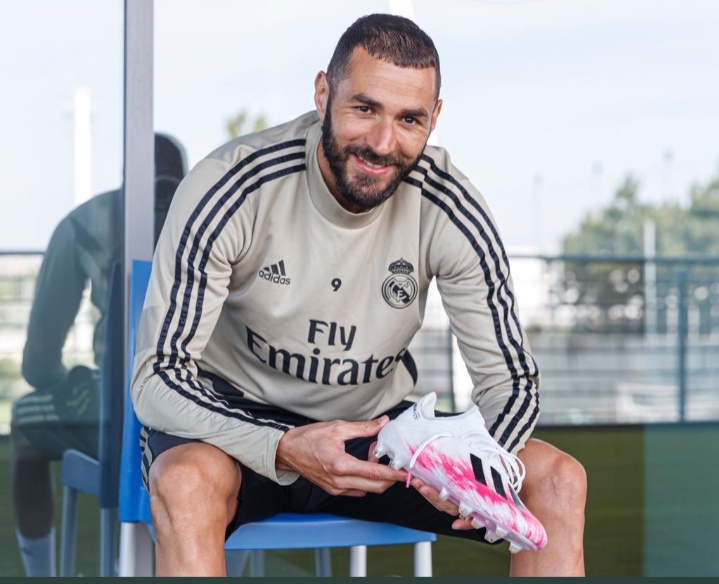 Top 5 Players With the Highest Buyout Clause in 2020

A buyout clause, in a simple language, is the valuation made by a football club