Running a football club is very costly, with clubs spending money on wages and transfers, among other things. To successfully balance the books — and even make profits — clubs create multiple streams of generating revenues.

Matchday revenue includes the sale of tickets and money spent by fans inside the stadium. At the same time, broadcast revenue is received by the clubs for games chosen for television coverage.

But for the elite clubs, the highest means of revenue generation is from commercial deals — which include sponsorship, promotion, and branding, amongst others.

As a result of the coronavirus pandemic, clubs lost more than €2 billion (£1.7bn/$2.2bn) as the absence of supporters in stadiums affected teams across two seasons.

When fans resumed to stadiums after Covid-19, the combined revenue of the world’s top 10 most valuable football clubs increased to around $6.5bn in 2022 — $300 million more than the previous year.

Manchester City is the football club with the highest revenue in the last one year. They are ahead of Real Madrid by $5m.

Although the Cityzens spend heavily when necessary, they were equally increasing their revenue.

In fact, City’s annual figure has grown by nearly 45 times since their billionaire owners took over.

With each passing season, the club keeps strengthening their domination of the Premier League. This has massively led to an increased presence worldwide.

A large portion of Man City’s revenue comes from broadcasting.

Manchester City are also one of the richest football clubs in the world right now.

During the pandemic-affected years, they astonishingly increased their revenues by about €125 million — while peers have stagnated, and some even declined.

Like other top clubs, Real Madrid got badly hit by the pandemic. They lost substantial revenues during the period and were even among the teams that almost created a European Super League.

Continued success on the pitch has somehow stabilised their accounts, though.

Real Madrid are one of the top 10 football clubs with the most trophies.

Furthermore, Real are among the most supported football clubs in the world.

Thus, generating income in the post-covid period isn’t a big deal. They profited $761m in 2022.

Despite playing in the Bundesliga (which doesn’t generate revenue like the other top 5 leagues), Bayern Munich still generates lots of income.

The Bavarians are notable for being very frugal in the transfer market and with player wages.

Moreso, Bayern have various lucrative sponsorship deals which add to their commercial revenue — including Allianz, Adidas, and Audi.

In 2015, they extended their sponsorship contract with kit manufacturer Adidas until 2030 in a deal worth an astonishing €900m.

They currently earn around €60m from Audi, while financial services company Allianz owns a stake in the club itself.

In fact, late last year, Bayern Munich announced that they made profit in third pandemic year in a row, the only club to achieve that.

Barcelona’s finances were terribly hit by Covid-19, as well as poor dealings in the transfer market.

Barcelona were previously leading among the clubs with the highest wage bill in Europe.

The club’s debt astronomically rose to €1.3bn (£1.1b/$1.5b) last year, and having crossed a salary limit; Barca found it difficult to even register new players ahead of the 2022/23 season.

The loss of Lionel Messi and lack of success on the pitch hugely affected the Blaugranas’ revenues.

Manchester United have found little success on the pitch since the departure of Sir Alex Ferguson. They last won a trophy in 2017, claiming the Europa League under Jose Mourinho.

Finances have become the only aspect in which they have been successful. This is majorly down to the club’s status as one of the biggest on the planet.

Manchester United among the football clubs with the most fans in the world.

Failure to qualify for the UEFA Champions League this season will surely affect their revenue.

New manager, Erik Ten Hag, must deliver a trophy and a return to Europe’s premier competition at the end of the season.

PSG’s dominance of the French Ligue 1 is not only in terms of titles but also in terms of revenue generation.

In recent seasons, their revenue was more than one-third of all Ligue 1 teams combined. They made $661m last year.

Due to the extravagant spending of the club’s Qatari billionaire owners, one would expect them not to be anywhere close to this list.

But their constant success in terms of bagging lucrative sponsorship deals, as well as their expansion globally, guarantees huge revenue for them.

Signing the likes of Lionel Messi, Neymar, and Kylian Mbappe cost PSG fortunes but has massive upsides too.

Liverpool’s astute transfers in the Jurgen Klopp era has hugely contributed to their return to the summit of world football.

The Reds recorded huge success on the pitch as well as off it. The presence of the likes of Mohamed Salah and Sadio Mane won them plenty of fans in Africa and Asia (especially the Arab world).

Liverpool generated $654m in revenue in the past one year.

The last 12 months have been turbulent for Chelsea. The Russian/Ukraine war saw owner, Roman Abramovich forced to sell the club.

The new owners are still trying to build the club in their own image. Thus their success, or lack of, will determine Chelsea’s financial future.

Nevertheless, the Blues still made almost $600m in revenue in the last year.

And although, Chelsea are one of the football clubs with the highest revenues in 2023, they are also one of the biggest spenders.

Juventus are the only Serie A club on this list — raking in $515m last year.

Among Serie A clubs, Juventus earned approximately 553.4 million euros in market value. They are followed by Inter Milan and SSC Napoli, who made 528.9 million euros and 493.85 million euros respectively.

The Old Lady themselves have been struggling in recent seasons.

The arrival of Cristiano Ronaldo in 2019 significantly increased their revenue, and unsurprisingly, his departure plummeted their income.

Covid-19 also had its effect, as well as financial mismanagement.

Tottenham Hotspur have gradually established themselves among the best football clubs in the world in the last decade.

In terms of revenues, the club have also been impressive —even overtaking Arsenal.

Regularly qualifying for the Champions League has boosted their income, and they capitalised on it to build a much bigger stadium — guaranteeing more revenue.

With a seating capacity of 62,850, Tottenham’s stadium is the third-largest football stadium in England and the largest in London. 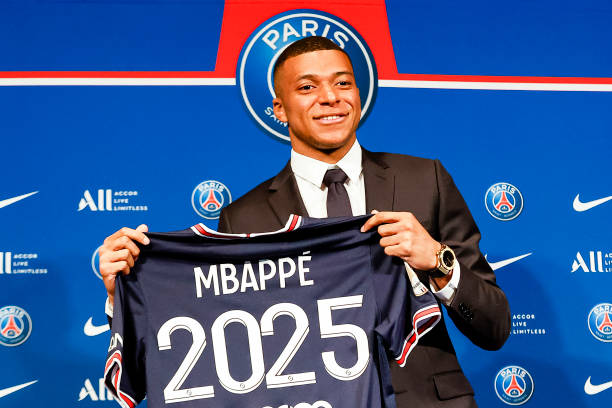 Soccer is one of the most lucrative sports in the world

Next
7 Highest-Paid Players In The Portuguese League (2023) 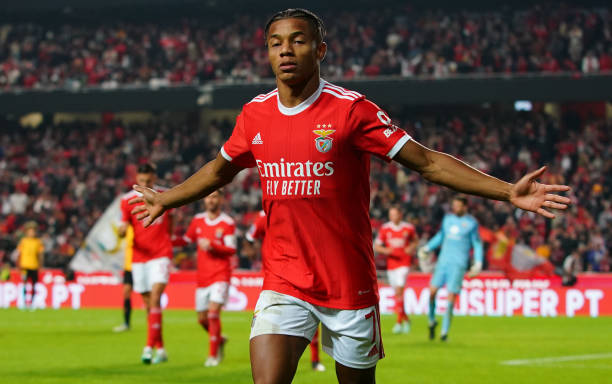