FC Barcelona has finally made their long-anticipated signing acquiring the services of Martin Braithwaite from fellow La Liga side CD Leganes. This comes after the Spanish football federation gave Barcelona special permission to sign a player outside the transfer window of this season. The Catalan giants signed the Leganes forward as replacement for their injured forward Ousmane Dembele. Braithwaite was signed on a four and a half year deal with a reported €300m buyout clause. The 28-year-old will be joining the Nou Camp with high expectations.

1. His father is from Guyana

The Danish international’s father was originally from Guyana in South America. Martin could have even turned out for the Guyanese football national team after being approached by them in 2012, but he declined and opted instead to play for the Danish national team instead.

2. Used to play for Middlesbrough

Braithwaite used to play for English Championship side Middlesbrough FC. The Dane joined the North Yorkshire side on July 13th, 2017, playing for them for barely two seasons before joining Spanish club Leganes in January of 2019. Braithwaite’s time with Middlesbrough saw him score 8 goals in 36 appearances for The Boro.

3. Used to play in France

The Danish striker also had a stint in France. He played for Ligue 1 side Toulouse FC for four seasons between 2013-17, where he scored 35 goals in 136 league appearances. He also featured briefly for FC Bordeaux on loan from Middlesbrough during the 2017-18 season.

Martin Braithwaite is a Danish cup winner. The striker won his countries’ domestic cup in 2013 when playing for his home town club Esbjerg fB.

The 28-year-old has played a total of 39 matches so far for Denmark. Since his debut in 2013, he has been able to notch up seven goals. He was named in Denmark’s preliminary 35-man squad for the 2018 FIFA World Cup in Russia.

Braithwaithe was signed because of his mobility and versatility in the front. He is a liberal forward player, who is good with his feet and can make nice runs. Although, Braithwaithe will not be able to play in the UEFA Champions League for Barcelona. 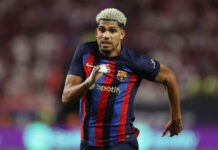 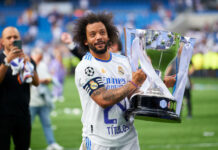 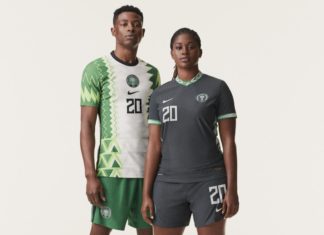 CHAN 2018 Final Morocco Vs Nigeria: Where The Game Will Be...