The role of defenders in a football team is very critical, as they are the bedrock of a team. A leaky and unstable defence can cost the whole team.

Before, a defender’s job on the pitch was majorly on stopping attacks, but in the modern game, defenders have more responsibilities on the pitch.

Modern defenders are expected to combine defending with being comfortable on the ball, as well as passing accuracy.

Furthermore, full-backs — the weakest links in the team years ago — are now expected to constantly overlap to support the attack as “wing-backs.”

Modern football has also seen young defenders establishing themselves very early in the top teams, unlike before, when veteran defenders are mostly regarded.

In this article, TOP SOCCER BLOG brings you the top 10 youngest defenders in soccer at the moment.

Canadian international, Alphonso Davies is one of the best full-backs in the world due to his immense pace, dribbling, work ethic, versatility, and creativity.

He joined Bayern Munich in 2019. Despite coming from the MLS, he instantly hit the ground running and has won virtually every trophy available at Bayern.

He is the youngest player to ever play and score for Canada.

Alphonso Davies is seen as the present and future of the Canadian national team, despite being a defender!

He is currently leading the team out in only its second World Cup ever in Qatar.

His displays earned him a transfer to Bundesliga side, RB Leipzig. Since his arrival in Germany, Gvardiol has continued his rapid development.

Several top sides are currently tracking him for a possible transfer. It won’t be long before you see him at an elite club.

He is currently part of the Croatian team at the ongoing 2022 FIFA World Cup.

Gvardiol is a gifted left-footed centre-back who is rarely bullied off the ball by his opponent. He is also confident on the ball, and comfortable when bringing the ball out of defence.

William Saliba began playing football at the age of 6 and was once coached by the father of Kylian Mbappe.

He joined Saint-Étienne in 2016 and impressed in Ligue 1. His displays did not go unnoticed as Arsenal quickly snapped him up.

Being so young, he struggled to break into the Gunners team and had to go and prove himself out on loan.

After successful loan spells at Saint-Etienne, Nice, and Marseille, Saliba is back at Arsenal and has now established himself as an integral member of the first team.

Saliba has an imposing physical presence and athleticism, which makes him a huge presence in and out of possession.

He also possesses superb technical ability, and contributes in buildup phases of play.

He is seen as a future leader of Arsenal and France’s defence.

Moreso, he is part of the French squad at the 2022 World Cup.

Jeremie Frimpong is a Dutch right-back who plays for Bundesliga club Bayer Leverkusen.

He came through Manchester City’s academy but couldn’t get into the first team. He eventually joined Leverkusen in 2021.

Typical of a modern-day full-back, Frimpong loves overlapping and has been on fire this season.

He has already scored 5 goals and provided 3 assists in 21 matches in all competitions.

Frimpong’s performances saw him included in the Netherlands squad for the 2022 FIFA World Cup.

Antonio Silva came through the ranks at Benfica and helped them win the UEFA Youth League last season. It was the club’s first European trophy in 60 years.

He was rewarded for his brilliant displays with a promotion to the first team and has grabbed the rare opportunity with both hands.

He was named the league’s Defender of the Month in September after helping Benfica maintain their unbeaten run — which included three clean sheets.

Furthermore, in October, Silva scored his first senior goal for Benfica in a 4-3 victory over Juventus in the UEFA Champions League.

His form throughout the club’s Champions League group stage campaign saw him help Benfica qualify for the round of 16 as group winners — ahead of PSG and Juventus!

Remarkably, Silva was included in the Portuguese squad for the 2022 FIFA World Cup.

This was shortly after making his senior international debut. Antonio Silva is one of the youngest footballers at the 2022 FIFA World Cup.

He made his first-team debut in March 2020 and has since been a mainstay at the heart of the team’s defence.

Furthermore, he has already won two Eredivisie league titles and one KNVB Cup.

Manchester United tried hard to sign Jurrien Timber during the last transfer window, but Ajax fought tooth and nail to keep him — owing to his importance to the team.

The Dutchman is undoubtedly one of the top young defenders in football right now.

Like Alphonso Davies, Mendes is a menacing full-back who can cause opposition teams lots of headaches.

His fearlessness on the pitch belies his young age, and right now, Mendes is regarded as one of the best left-backs in the world.

Wesley Fofana has been around so much that you will be forgiven for forgetting that he’s still just 21.

Eyebrows were raised when Leicester City paid £37m to sign the then 19-year-old in 2020. But he more than justified the huge fee.

After suffering a leg fracture injury that ruled him out for more than 6 months, he came back stronger than before.

His performances convinced Chelsea to splash £70m on him during the last transfer window.

Wesley Fofana missed out on being included in France’s squad for the World Cup no thanks to injury.

The Frenchman is one of the best young defenders in soccer because of this superior 1 v 1 duel success rate, versatility, and aerial ability.

Still just 21, Benoit Badiashile has already made over 100 senior appearances for Monaco.

He is a physical, aggressive, and hardworking centre-back with impressive tackling abilities.

The Frenchman came through the club’s academy and has established himself in the first team.

When playing, Badiashile shows maturity and exposure far beyond his age.

He has been on the radar of top club sides for a while.

Eric Garcia is one of the most experienced players in the Barcelona and Spain squads, despite being just 21!

He impressed Pep Guardiola early on to hand him his debut at just 17 years old at Manchester City.

Despite the fierce competition for places at City, Garcia was still getting game time.

He joined Barcelona on a free transfer in 2021. Together with the likes of Gavi, Pedri, and Ansu Fati, Eric Garcia is seen as the future of Barca and Spain. 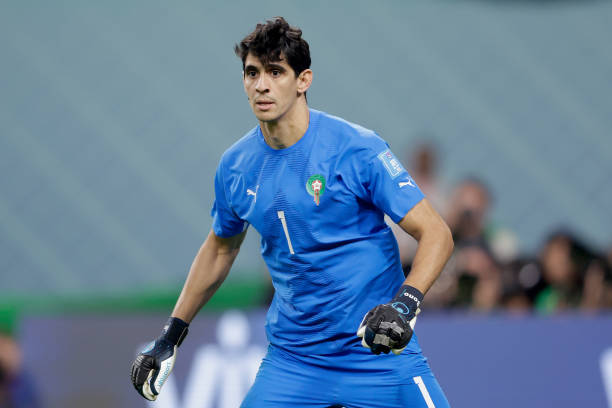 Whenever there are discussions about the best goalkeepers in the world, Italian 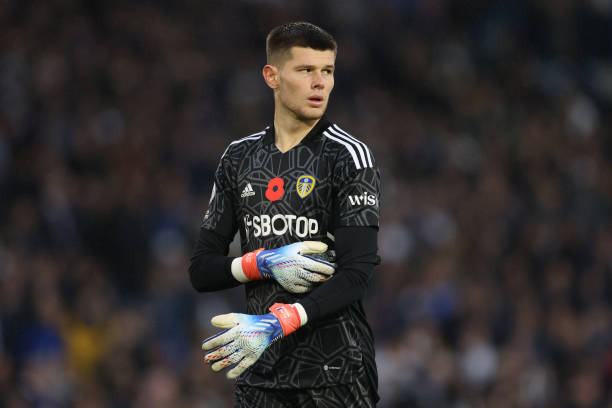 In soccer, the last line of defense (the goalkeeper) is very crucial