Football as a sport is full of ups and downs. You win some matches, lose a few and draw a few. The life of a soccer player is no different from the fortunes of a team on the football pitch. Some might experience exhilarating highs and also have to endure tragic lows. Today we spotlight this group of exceptional footballers who, despite the challenges of life on and off the field, stood strong, beating that adversity that came their way. 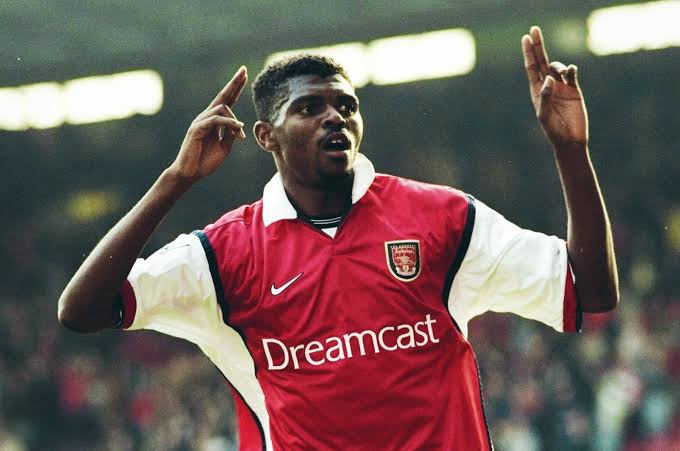 The former Nigerian national team player and Olympic gold medalist is a much loved and respected figure globally. Kanu, in the early days of his career, was a talent to watch out for. Blessed with sublime skills and technical ability, the Imo State-born footballer was a joy to watch. His exploits with Dutch club Ajax Amsterdam and the gold medal-winning Nigerian soccer team in 1996 earned him rave reviews and a lucrative transfer to Italian giants Internazionale. Unfortunately, this is where the lanky forwards career hit a speed bump. A routine medical check following his transfer to Inter Milan detected a life-threatening condition in his heart, which required almost instant heart surgery. Papilo, as he is popularly called, had to undergo an operation in the United States of America, which kept him out of the game for almost an entire year. Kanu would later thankfully make a full recovery and return back to active football winning more trophies along the way. Nwankwo would continue to be a stalwart for the Super Eagles and different clubs he played for until his retirement. Kanu currently owns and runs a foundation that treats children in Nigeria and Africa that have heart conditions. 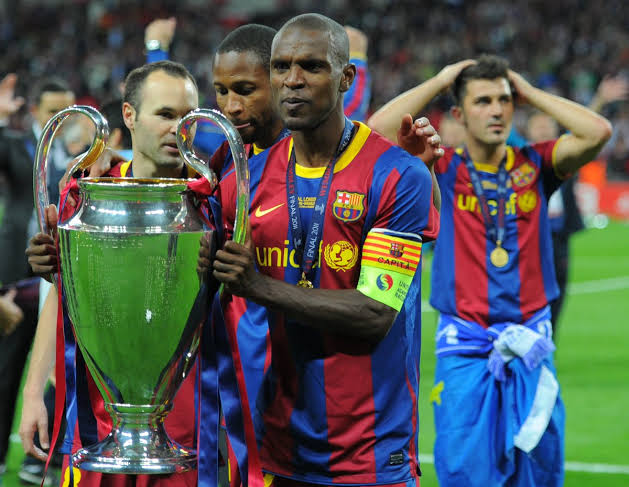 The former French international was a bulwark in defense during his playing days for France and FC Barcelona. In 2011 Eric was diagnosed with cancer of the liver and had to sit out part of the season to get treatment. Abidal’s treatment was initially successful, and he made a triumphant return in Barcelona’s finals 3-1 victory over Manchester United in the UEFA Champions League. Abidal later have to undergo surgery to replace his liver in 2012. The surgery was successful, and Abidal would return to active football early the following year. The French man would go on to play for AS Monaco and Olympiacos before his retirement in 2014.

The French footballer of Ivorian and Guinean descent also had to overcome a difficult adversity.

After a harmless challenge from Blackburn striker Jay McEveley on October 30 2004,  the Liverpool striker caught his foot in the turf and his leg snapped as he fell to the ground. He ended up breaking both his tibia and fibula in more than one place. In fact, if the physios had not pulled his bones back with their hands immediately, he would have lost his leg. The physio Daryl Martin estimated that his recovery could take between 9 to 18 months. He had pins inserted in the leg, and was expected to miss the rest of the 2004/05 season.

However, Cisse unbelievably returned to action on 13 April 2005 as a substitute. He even came back to be part of Liverpool’s amazing champions league victory over AC Milan that year.

The Senegalese international goalkeeper had to endure many difficult years. In fact, the 29-year-old almost quit football altogether 7-year-ago after failing to secure a soccer contract with any club for almost a year. After finally getting a contract with Reims and subsequent transfers to Rennes and English side Chelsea FC Mendy’s career has finally blossomed, helping the Blues win their second UEFA Champions League title on the 29th of May, 2021.

The Brazilian legend is one of the greats of the game, but that hasn’t shielded him from tough situations he has to go through. While playing for Inter Milan, Ronaldo suffered terrible knee injuries that kept him out for most of the 1999-2002 period. After undergoing several operations and long rehabilitations, El fenomeno was able to get back to form, helping Brazil win the 2002 World Cup in Japan/South Korea. Ronaldo would later go on to play for football giants Real Madrid and AC Milan before retiring from football in 2011. Although, he was a Ballon d’or winner who never won the Champions League, he is regarded as one of the greatest strikers to ever play football.

This article is dedicated to Denmark’s player Christen Eriksen who suffered a medical emergency at the Euro 2020 game against Finland. We hope you overcome your adversity! 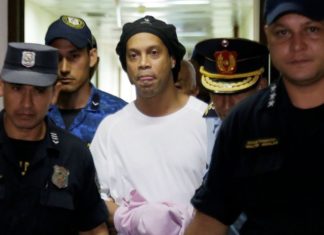 Collins Nwokolo - April 27, 2020
0
Just like any other person who breaks the law, footballers are likely to go to jail too. Although, many of us believe that footballers...