We all love a footballing upset where the underdog produces a stunning result and knocks the favorite out of a major competition. International football has seen a number of these shocks in its history, but here are our top three iconic upsets of all time.

Italy finished second in their 2022 World Cup qualifying group behind Switzerland, forcing them into a playoff semi-final clash against North Macedonia, who performed above their station in their own group to finish second. The soccer odds before the contest at the Renzo Barbera were overwhelming in favor of a win for the European champions. It should be noted, however, that Italy was missing a few key players, such as Leonardo Bonucci and Federico Chiesa, who were instrumental in their successful run at Euro 2020.

Few expected the Azzurri to have an issue in advancing to a potential playoff final against Portugal for a spot at the World Cup. Roberto Mancini’s men were denied in the first half as Domenico Berardi missed a host of opportunities and the theme continued into the second period. As desperation grew, North Macedonia grew in belief as the game meandered towards extra time. Aleksandar Trajkovski ensured that the odds were defied as he stunned the home side with a brilliant strike in stoppage time to send the visitors’ bench into raptures and end the Azzurri’s hopes of qualifying for the competition.

England squeezed their way into the last-16 of Euro 2016 under Roy Hodgson after an insipid group-stage campaign, finishing second behind Wales. The Three Lions were handed a seemingly favorable draw against Iceland, which would have put them on the path to a respectable finish in the quarter-finals of the competition. Iceland had performed well in the group stage and had finished above Portugal to earn a showdown against Hodgson’s men in Nice.

Wayne Rooney put England ahead in the early stages of the game from the penalty spot, but Iceland stormed back into the contest to take the lead courtesy of goals from Ragnar Sigurdsson and Kolbeinn Sigthorsson. Joe Hart made a calamitous error for Sigthorsson’s strike, which summed up a shambolic performance from the Three Lions. England’s composure deserted them under pressure and they crashed out of the tournament, enduring a great deal of criticism in the process, while Hodgson was forced to resign.

Defending champions France kicked off the 2002 World Cup and were widely expected to ease past Senegal in the opening match of the tournament. Les Bleus returned a large number of a squad that had triumphed on home soil four years prior, including Zinedine Zidane, Patrick Vieira, Thierry Henry, and Fabien Barthez. Senegal was far from the talented side they are in the modern-day, although the performances of their key men in Japan and South Korea would soon put them on the map.

Papa Bouba Diop scored the only goal of the game for the African nation in the first half to secure a famous victory over the holders. The result would epitomize the success of both teams at the World Cup as Senegal surged all the way to the quarter-finals, while France was eliminated at the group stage with only one point to their name. 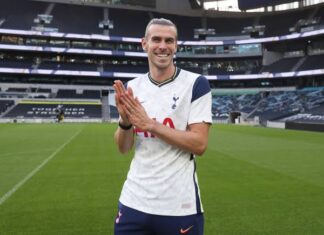 Abdullahi Ishola - October 7, 2020
0
The 2020 summer transfer window officially closed on Monday, 5th of October 2020. Despite the economic effects that the coronavirus pandemic had on the...