It is unlikely that today’s fans of virtual soccer have a shortage of games. At the same time, not all of them deserve gamers’ attention and reverence. Here is a list of the best soccer games and platforms, from Fifa to Sensible Soccer, from Amiga to Nintendo Switch. So, let’s play video games!

FIFA Online 4 is a free online simulation game. It’s a game that combines the traditional quality of Electronic Arts simulators, an impressive variety of content, an advanced online component, and professional voice acting from the best commentators.

The project is distributed for free, and the players will be fully immersed in the world of professional sports.

The FIFA game series is the most famous soccer simulator – annually, it gets new games, and the audience is growing. And for a good reason, the FIFA series allows users to join the soccer world to the full extent – take part in the matches, manage the team, build their career and do different exciting things.

Also, FIFA boasts an advanced technical component. Animations, graphics, and various effects are at the highest level, so you can easily confuse the game with a soccer game. Also impressive is the multiplayer mode, where you can compete with other gamers.

If you are looking for great soccer games and you haven’t heard about FIFA – you need to fix it urgently.

A game that suffered an (undeserved) defeat in the marketing war. There was enough money behind EA and its FIFA to push PES 2019, but the latter is still a great game, one of the best in the Pro Evo series.

What fans think PES lacks is a license. FIFA owns the rights to most official players, team names, and stadiums, which PES accordingly cannot use. However, according to hardcore soccer fans, the brainchild of Konami is still superior to the creation of EA on the gameplay field. However, PES plays faster and smoother, which looks a little unrealistic. However, the game is just the way it is. FIFA is noticeably slower, closer to reality, but loses in dynamics.

Let’s call PES 2019, if you will, the choice of connoisseurs.

The free browser game FootballTeam allows you to play soccer and do it with other real people, dividing into positions and trying to score a goal together. The gamer is invited to create a character, determine his place on the field, and, in fact, play. Obviously, in a team with real people is much more enjoyable!

In addition to matches, the gameplay includes pumping the athlete, the possibility to develop the club, expanding the stadium, and, of course, earning virtual money. League system is also implemented – the user can achieve the title of Champion, but for this, of course, you need to have a direct hand and do not forget about the teamwork.

Soccer games can be very different. For example, Football Manager (and Championship Manager series), which, according to the web, has cost people their jobs, marriages, friendships, and health. This tactical game has long been a modern classic, astonishingly fascinating, simultaneously infuriating, and joyful.

The essence is simple: the player chooses a team and leads it to victory, feeling like Mourinho, opening the next Ronaldo. Under your keen guidance, even a complete outsider can eventually achieve the Champions Cup.

The game is very adaptable and can provide a unique experience for each player. Be sure to prepare for it to eat up a lot of your time, and remember that you have a job/family/life.

Face it; it’s a soccer game too. There’s no Messi here, but you’ll need all your ball-handling skills to defeat your opponent in Rocket League Stadium.

You find yourself in a cage-fenced arena with the cars of the opposing team, and your only goal is to throw a giant ball into the goal. You can improve and decorate your jet car, setting it up with crafts, awarded for victories, and completing various tests.

A perfect example of how a simple game can captivate for tens or hundreds of hours, giving pure joy and mad fury at the same time. Just what you need.

FootLOL: Epic Fail League will please even those who do not like soccer because it is an absurd and funny sports simulator! Instead of players in tight jerseys – sensible cows, and during the match, anything can happen—for example, a meteor shower or a pack of fan cows that attacks the opponent. Despite what happens, the goal does not change – you still need to score the ball in the plan.

The game boasts several modes an abundance of teams to choose from with the possibility of their customization and hot multiplayer.

Kopanito All-Stars Soccer is a cartoon soccer game that offers the feeling of being a natural athlete and having fun by changing the rules (for example, excluding the referee). The player can choose one of a hundred teams globally and lead it to victory in amateur matches or tournaments.

The minimum entry threshold will allow those who do not have a passion for super-realistic soccer simulators to feel comfortable.

Football, Tactics & Glory is a turn-based soccer coach simulator. Yes, you read – turn-based correctly. Matches in the game are not in real-time, but as a chess game – looking at the athletes from a bird’s-eye view the gamer will move the “pieces” in search of the best tactics to win.

The user will create a team and improve the skills of subordinates. You’ll solve many financial issues and do other things that will help you become an essential part of the soccer world.

Captain Tsubasa: Rise of New Champions is based on an anime of the same name, and it is not an ordinary soccer game. The standard rules are interspersed with the elements of action and RPG, all spiced up with anime style.

As before, the player must score a goal, but spectacular special effects accompany almost all the character’s actions, and you can sharpen the skills of close combat on the opponents if you want. A harmless game turns into a battle on which the outcome of humanity depends.

Soccer is not just spectacular matches. Both players and their managers make the intensity of emotions, dramatic moments, and hard decisions.

In the indie strategy Football Drama, the player has to play as the anxious manager of a soccer team, who coaches his subordinates and struggles to keep everything under control and not go off the rails. Factors of the outside world such as romance, corruption, crime, and drugs directly impact the gameplay.

A rather unconventional game offers soccer fans the chance to experience new emotions while not straying from the beloved cause.

Pixel Cup Soccer 17 is an arcade soccer simulator in a retro style, the gameplay of which does not involve anything experimental. The gamer, controlling the athletes, will have to participate in intense matches for the title of Champion, practicing various tactics. The abundance of teams, world championships, many modes, detailed settings – everything is in place.

The best thing about the game is its pixel-perfect visuals that are easy to play on even the weakest of PCs.

Users will play street soccer – with energetic dynamics, groovy music, and modified rules. There are 6 modes to choose from, and the player will create their character and lead them by the hand down the path to the “King of the Streets.” The game boasts a great visual style, the presence of street soccer stars, and plenty of customization for the athlete.

This MMORPG is dedicated not to soccer games but battles between fans outside the stadiums. You have to create your lover and then involve him in hooliganism: to travel to other cities for shootings, seize territories in the city and develop your faction.

If you take away this exciting idea, you will be a regular browser RPG with pumping, semi-automatic battles, crafting, and other typical genre things.

The authors of the multiplayer soccer simulator, with a view from the first and third person, focused on the realistic physics of player behavior, smooth control, and other small details that will make you believe what is happening on the screen. Graphics in Pro Soccer Online is not the most modern, but in the rest of the game, judging by the feedback of users, superior to the already familiar FIFA. Control skills come to the fore, there is no donation, and matches with friends will force you to remember the backyard soccer.

A rare representative of soccer managers, which will please those tired of Football Manager – prepare to create a unique team of athletes, each of which is represented as an individual, and advance your club to international fame. Interestingly, you can also take care of the women’s team here. Also, We Are Football stands out with its advanced management features and allows you to build a whole sporting city, just like in the Tycoon games.

Soccer manager offers you to take control of one of the 800 clubs from 33 countries and bring it to total leadership, deftly dealing with organizational, tactical, and other matters. The game is noticeably inferior to Football Manager. Still, it has one fat advantage – it’s completely free, and thanks to the shallow system requirements, you won’t have any problems launching it on old PCs.

It’s a fun arcade game in which soccer balls can be stuffed with barbs, and the players are heavily armed and don’t mind getting their hands dirty. These heroes, who are more than 30, have more unique abilities, and random modifiers are applied to matches, making them even more exciting and absurd.

Guts And Goals are unlikely to keep you for long, but it’s a great way to relax in the evenings with friends and take a break from serious soccer managers with dozens of tables and super-realistic simulations.

CM0102 is probably the most addictive and best version of Football Manager. The series was known as Championship Manager, and 01/02 was the pinnacle of its development.

Why? It was the franchise’s first game in which every detail felt like a part of a vast and complex machine running with unparalleled precision. Yes, it was tough to play, but it was a satisfaction to wrestle victory from your opponent!

Sensible World of Soccer’ 96-’97 was the culmination of all the changes since the first game in the series was released in 1992. It perfectly combined two-dimensional graphics and a management model with the then-current rosters of teams worldwide. This is what made the game a breakthrough and so beloved by those fans of the genre who wanted something more than a simple goal-kicking simulator. What about the career mode lasting 20 seasons!

The music theme (excellent!) was written primarily for the game and was called Goalscoring superstar hero. But the main feature of SWOS was a meticulous approach to each player’s abilities, which influenced the result of the match. You could say that was when the foundations of Football Manager were laid.

Prev
7 Countries With The Most Football Stadiums 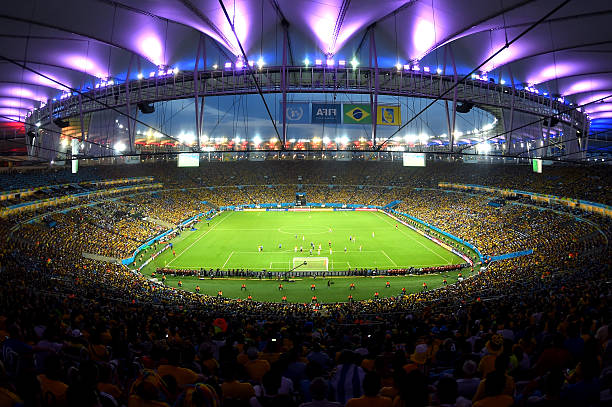 Next
10 Famous Football Players Who Wore The Number 5 Jersey 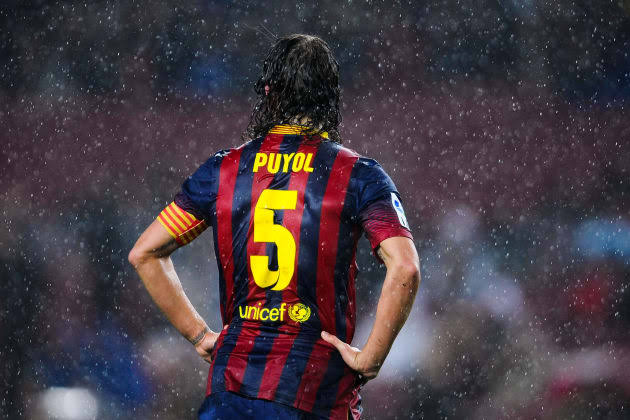 In football, the number 5 is the role given to a centre-back