On transfer deadline day, Arsenal finally completed the signing of Ghanaian midfielder, Thomas Partey, from Athletico Madrid. The Gunners pursued him throughout the summer transfer window, but Athletico were reluctant to allow him leave unless his £45m release clause is activated, which Arsenal eventually did. The 27-year-old has committed to a 4-year contract at the Emirates Stadium with the option of a further year.

He was born as Thomas Teye Partey on the 13th of June 1993 in Krobo Odumase, Ghana.

He started his career with the local side, Odometah, before joining Athletico Madrid’s academy in 2011. He was promoted to the club’s reserve team a year later. With first-team opportunities hard to come by, he secured a loan move to second division side Mallorca in July 2013. He made his professional football debut on the 18th of August and scored his 1st goal on the 15th of September. He ended the season with 5 goals in 37 matches.

In July 2014, Thomas made another loan move to La Liga side Almeria. He scored his first-ever La Liga goal on the 11th of April 2015 and ended the season with 4 goals in 31 appearances.

Having proven himself out on loan, Athletico Madrid included him in their squad ahead of the 2015/16 season. He made his debut for the club on the 28th of November 2015 and scored his first goal on the 2nd of January 2016.

Partey played in the 2016 UEFA Champions League final, which Athletico lost 5-3 on penalties to Real Madrid after playing a 1-1 draw normal time.

On the 14th of February 2017, he extended his contract at Athletico till 2022. On the 31st of October, he scored in the club’s 1-1 draw with Qarabag in the UEFA Champions League, becoming the first-ever Ghanaian and African to score for Athletico in the competition.

Following his impressive performances, he was rewarded with another contract extension in March 2018, with the new deal ending in 2023.

He played in the 2018 Europa League final, which Athletico won by defeating Marseille 3-nil. He also helped the club defeat Real Madrid 4-2 to win the UEFA Super Cup the same year.

On the 29th of September 2019, Partey made his 100th La Liga appearance for Athletico in a 0-0 stalemate against rivals Real Madrid in the Madrid derby and was named as the Man of the Match.

On the 5th of October 2020, English Premier League giants Arsenal announced the arrival of Partey from Athletico, after activating the 27-year-old’s £45 million release clause, making him the most expensive Ghanaian footballer of all time and the fourth most expensive signing in Arsenal’s history — behind Nicholas Pepe, Pierre-Emerick Aubameyang and Alexandre Lacazette.

In total, Thomas made 132 appearances, scored 12 goals, and laid on 12 assists for Athletico Madrid’s senior team in all competitions.

On the international scene, Partey made his debut for Ghana on the 5th of June 2016. He was part of side that finished in fourth place at the 2017 AFCON in Gabon.
He scored his ever hat-trick in Ghana’s 5-1 victory over Congo on the 17th of September 2017.

At the 2019 AFCON in Egypt, he scored one goal as Ghana got eliminated in the Round of 16.

He is currently the vice-captain of the Ghanaian national team and has made 27 appearances and 10 goals for his nation so far.

Partey is seen by many as the ideal signing to improve Mikel Arteta’s Arsenal team due to his athletism, ball-winning ability, timely recoveries, aerial ability, stamina, passing, dribbling, and dynamism. 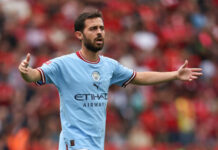 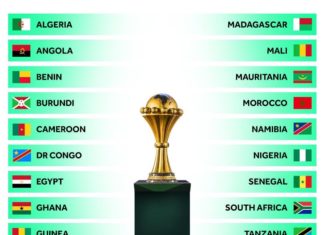 5 English Football Players With Jamaican Heritage Who Can Still Represent...