It is interesting to find out which teams are the oldest football clubs in the world. For one, it is a fascinating discussion topic for every football fan worldwide, and is also of interest to sport historians. Of course, every football clubs will surely have their legendary players, amazing stadiums and trophies, however the age of a football club is one of the most intriguing aspects of a club’s identity.

Today we’ll be briefly finding out the top 10 oldest football clubs in the world.
As you would soon see, little to none of the oldest clubs in world are famous today, neither are they, at the same level with popular clubs today. Well this is because many of them are smaller teams still in the lower leagues of their respective countries.

As you might heard, United Kingdom is the origin of organized football association. Consequently, the beautiful game has spread to every corner of the earth including the rest of Europe, South/ North America, Africa and Asia.

The football referred to in this article is soccer as it is also called. Because, many rugby football clubs were formed very early too, so as not to cause confusion.

We begin the list of the oldest football clubs in world with Wrexham Association Football Club. This club was established 1864. The Dragons or The Town as they are nicknamed, play in the National League , the fifth tier of English football. They are popularly known for beating Arsenal in the FA Cup in 1992

Civil Service Football Club is an English football club established 155 years ago in 1863. They are based in the city of London. They are currently members of the Southern Amateur League Senior Division 2. The club also has a rugby football union.

The Royal Engineers Association Football Club is one of the oldest association football teams. The club was created under the leadership of Major Francis Marindin. Royal Engineers AFC representing the Corps of Royal Engineers, also called the “Sappers”, of the British Army . In the 1870s it was one of the strongest sides in English football. They won the FA Cup in 1875 and being Cup Finalists in four of the first eight seasons of the competition. The Royal Engineers were pioneers of many footballing rules, trends and technic.

Stoke City is the most popular club in the list of oldest football clubs in the world. Stoke city is based in Stoke-on-Trent,
Staffordshire , England, and as am sure you know currently play in the English premier league. The club was originally called Stoke Ramblers when it was founded in 1863. Then the name was changed to Stoke City in 1925 after Stoke-on-Trent was granted city status.

Their first, and only major trophy, up until now is the League Cup which they won in 1972 when they beat Chelsea 2–1.

Notts County Football Club is a professional association football club based in Nottingham, England. The club was said to have been founded in 1862. Notts County is widely acknowledged as the oldest association football team in the world now playing at a professional level. They have played close to 5000 Football League matches, which more than any other English team currently. The team now plays in League Two, in the fourth tier of the English football league system. Mitts county FC play their home games at their 19,841 capacity stadium,
Meadow Lane.

Hallam Football Club is an English football club, that was founded in 1860, and among the oldest association football clubs in the world. The club is based in Crosspool, Sheffield, South Yorkshire and currently play in the Northern Counties East League Division One, at level 10.

Did you know that Hallam FC’s stadium, Sandygate Road, is officially recognised by the Guinness Book of Records as “The Oldest Football Ground in the World”. Also in the year 1867, the club made history by winning the world’s first ever organized football tournament, the Youdan Cup.

This English club based in Bromley, Greater London was claimed to have been established in 1860. Today, they currently play in the Isthmian League South Division and play their home matches in the 5000 capacity Hayes Lane ground.

Lima Cricket & Football Club is the only non-English club in the list if the oldest football clubs in the world. They are based in Peru, and claimed to have been founded in 1859 by the city’s British community. There are actually a multisports club and the sports cLub’s association football team currently plays in the local league of San Isidro District, Lima.

Sheffield Football Club is an English football club which originated in Sheffield, South Yorkshire, however it is now based in Dronfield, Derbyshire. They currently play in the Northern Premier League Division One South, at level 8 of the English football league system. They claimed to have been founded in 1857, and are widely regarded as the oldest club now playing association football. Sheffield F.C. had at first played games under the Sheffield Rules, which were the first official set of rules and laws for the game of football, before the formation of the Football Association (FA). They later adopted the FA rules by 1878. Their home stadium is the 2000 capacity, Coach & Horses Ground, Dronfield.

Cambridge University Association Football Club is said to be the oldest clubs in football history, having been founded 163 or 162 years ago. It is an English football club which represents the University of Cambridge. Publications from the University stated that the club was created probably in 1856 or 1857. They currently play in the BUCS Midlands 1A league, and play their home matches in the 1000 capacity Fenner’s Pitches,
Cambridge , UK. 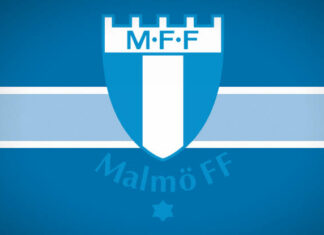 Collins Nwokolo - November 23, 2021
0
Sweden is home to some of the most competitive and respected clubs on the European continent. Despite the fact that the level of competition...