Despite the Covid-19 pandemic, the 2020/21 season was memorable, offering thrilling and shocking entertainments to viewers in their homes; from Lille clinching the Ligue 1 title, to Athletico Madrid winning La Liga, Leicester City winning the FA Cup, Villareal winning the Europa League, Chelsea emerging as Kings of Europe and finally, Italy defeating England at the Euro 2020 final right at Wembley!

The 2021/22 football season will kick off in a few weeks’ time, so in this article, TOP SOCCER BLOG brings you the 10 teams to watch out for in the new season.

The 2020/21 season was a forgettable one for PSG as they made the worst possible start to it which prompted a managerial change from Thomas Tuchel to Mauricio Pochettino. Despite the change, the team still shockingly lost the league title to Lille and also failed to realise their greatest achievement, which is winning the UEFA Champions League. To make matters worse, the sacked Thomas Tuchel guided Chelsea to the Champions League title!

PSG have quickly set to remedy that with prudent, efficient, and world-class signings. They abandoned their tradition of splashing huge cash in the transfer market by opting for shrewd signings with the acquisition of the trio of Sergio Ramos, Georginio Wijnaldum, and Euro 2020 Player of the Tournament, Gianluigi Donnaruma, on free transfers! Apart from the trio, Achraf Hakimi, who is one of the best wingbacks in the world, was also signed from Inter Milan to solve the team’s problem at wing-back.

Add the newly signed players to the likes of Neymar, Mbappe, Verratti, Di Maria, Keylor Navas, Marquinhos, Icardi, etc and you will agree that Mauricio Pochettino has a team ready to conquer France and Europe!

Juventus lost their Serie A crown to Inter last season as Andrea Pirlo was unable to guide the Old Ladies to success. The legendary midfielder has been replaced at the helm by a former manager, Maximiliano Allegri, who seems to be revitalised after taking a two-year sabbatical from the game.

Apart from the motivation to wrestle away the league title from Inter, Juventus also have players who were part of Italy’s Euro 2020 triumph, most especially Federico Chiesa who shot himself to stardom with his dazzling displays at the tournament. Cristiano Ronaldo has also decided to stay after being linked with a move away.

Juventus will also be eyeing the Champions League title with Allegri, who took them to two finals in his first spell in charge. 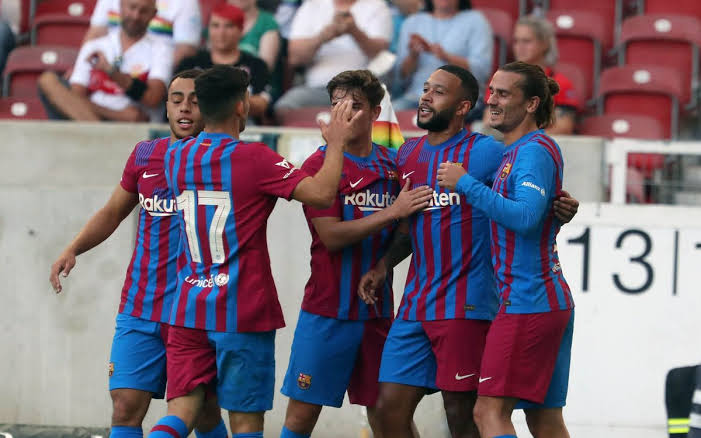 Barca’s inconsistencies ensured they would only win the Copa del Rey last season. The club are also in financial crisis. But amidst all their problems, new president Joan Laporta has been making efforts to ensure the Catalans will be productive on the pitch next season. Barca has already secured the signings Eric Garcia, Sergio Aguero, Memphis Depay, and a few youngsters. The club are also promoting talented and promising youngsters from their academy in the likes of Ansu Fati, Oscar Mingueza, Riqui Puig, Gavi, and Pedri — who was signed from Las Palmas.

Add these to the likes of Andre Ter Stegen, Jordi Alba, Sergino Dest, Ousmane Dembele, Frenkie de Jong, Phillipe Coutinho, Antoine Griezmann, and arguably the greatest player of all time, Lionel Messi, who will be in inspired form after winning his first-ever international title with Argentina at the Copa America with some scintillating performances. 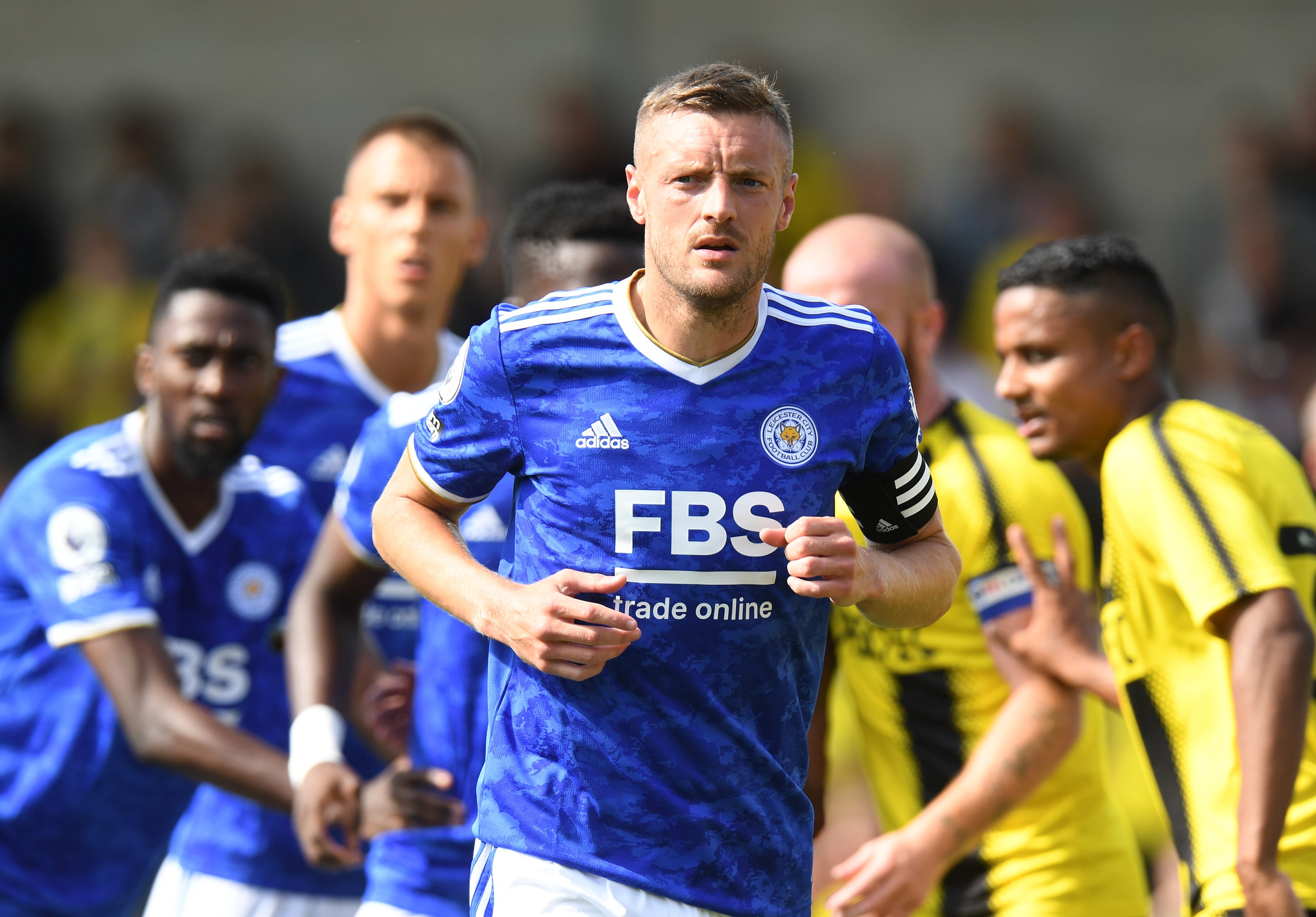 No strangers to causing great upsets, after shockingly winning the Premier league some few seasons ago, Leicester made another stunning upset last season by winning the FA Cup by defeating Manchester United and Chelsea in the semifinal and final respectively while narrowly missing out on Champions League qualification for the second season in a row!

The Foxes have quickly set their sights on the new season with the acquisitions of Patson Daka, Boubakary Soumare, and Ryan Bertrand whilst holding tightly to their star players like Wilfred Ndidi, Youri Tielemans, Soyuncu, Kelechi Iheanacho, Jamie Vardy, Ayoze Perez, Jeffrey Fofana, and Kasper Schmeichel.

Rodgers’ side play a beautiful brand of football, and they are one of the teams to keep an eye on in the Europa League and the Premier League next season.

Ole Gunnar Solskjaer’s side significantly improved last season but still fell short by coming 2nd in the league and losing the Europa League final to Villareal. The Red Devils have swiftly jumped into action for the new season by signing players to improve their areas of weaknesses last term with the signings of Jadon Sancho, the vastly experienced Raphael Varane, and goalkeeper Tom Heaton to provide further competition for De Gea and Henderson.

United also have players who were integral to England’s run to the Euro 2020 final in the likes of Harry Maguire, Luke Shaw, and Marcus Rashford.

Add all these to the likes of Bruno Fernandes, Edinson Cavani, Mason Greenwood, Anthony Martial, the rejuvenated Jesse Lingard among others, then you have a team ready to challenge for the Premier League and other titles next season.

Pep Guardiola’s side were amazing last season and could have completed a historic domestic and continental treble but lost the Champions League final to Chelsea. City will be raring to go from where they stopped last season (especially in the champions league).

The club have retained their most prized assets, except Sergio Aguero who is no longer important to the team like before. The club are also targeting the likes of Harry Kane, Erling Haaland, and Jack Grealish to further boost their squad. 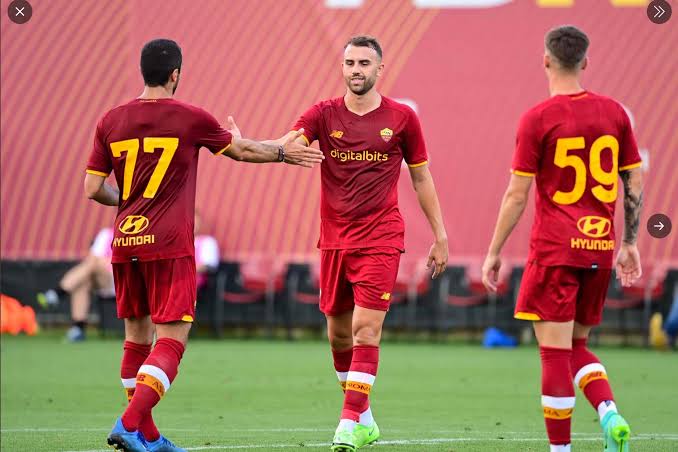 Wherever Jose Mourinho goes, the media follows, as the Portuguese likes and creates attention. Roma have taken a huge risk with the appointment of Mourinho to rejuvenate the club. The manager will relish the opportunity to prove himself once again and will definitely make Roma a tough team to face, talk about “parking the bus”!

With the likes of Maurizio Sarri (Lazio), Maximiliano Allegri (Juventus), Simeone Inzaghi,(Inter Milan) Luciano Spalletti (Napoli), and Mourinho at Roma, the next Serie A season promises to be thrilling! 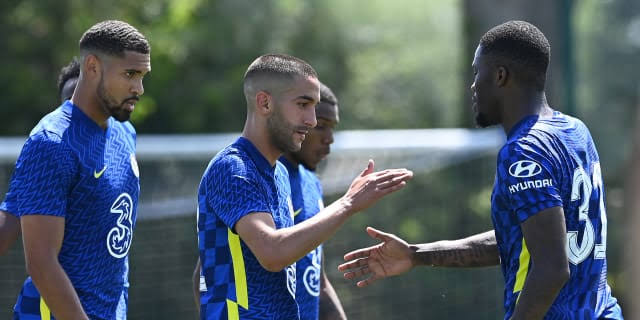 After surprisingly winning the Champions League last season, Thomas Tuchel’s side will be the team everyone wants to beat next season. The Blues will also be presented with the opportunities of clinching more trophies in the UEFA Super Cup and the FIFA Club World Cup.

The likes of Mason Mount, Reece James, and Ben Chilwell were part of the English team that reached the Euro 2020 final, while Emerson and Jorginho (who is now a contender for the Ballon d’Or) won the tournament with Italy. Christian Pulisic is also on the verge of winning the Gold Cup with the USA, after guiding them to the final.

Chelsea are also in the hunt for a new striker and have been linked with the likes of Haaland, Harry Kane, and Robert Lewandowski.

Everton started last season brightly but faded off towards the end of the season, and lost manager, Carlo Ancelloti, to Real Madrid. The club have controversially appointed former Liverpool manager, Rafa Benitez, as their new coach. Benitez is a coach with pedigree and will surely improve the team as he has always done with average performing sides like Valencia, Liverpool, Chelsea, Napoli, and Newcastle.

Do you think there are other teams who should make the list? let’s hear your opinion in the comment box below. Thanks!!! 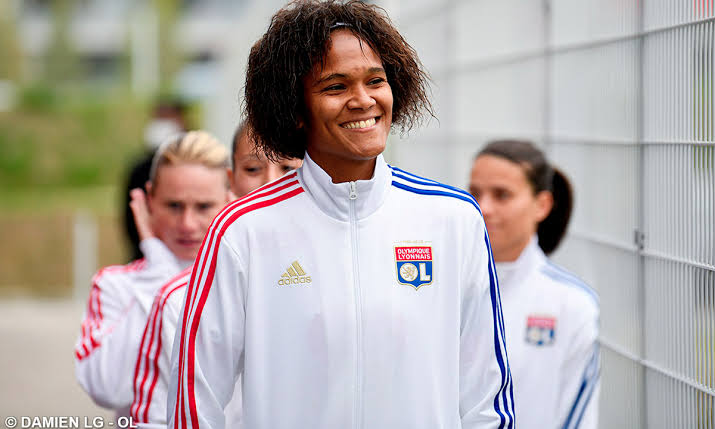 Female football defenders, like their male counterparts, are some of the 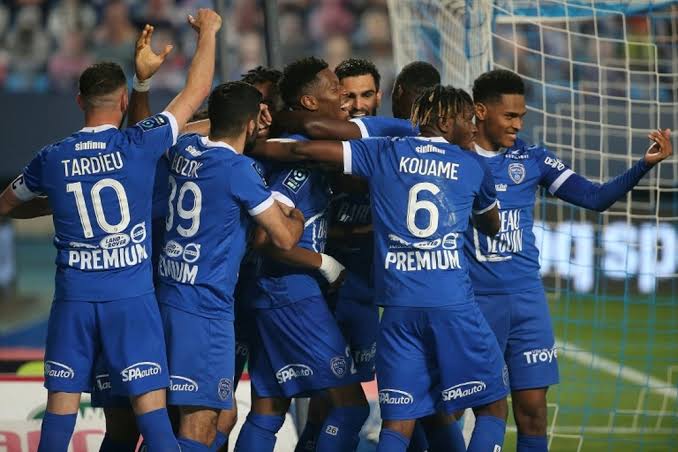 The new season of the French Ligue 1 is almost upon