The Bundesliga is the highest echelon when it comes to league football in Germany. This top European league has been in existence for over 58 years and has been one of the most exciting competitions to watch.

Bayern Munich, by far, have been the most dominant club in the league, winning 32 titles. Last season they claimed their 10th straight title and will be looking to add to their trophy cabinet in this upcoming campaign.

Current Champions, Bayern Munich will be joined by 17 others, including 2 newly-promoted Bundesliga sides, Schalke 04 and Werder Bremen who will compete, not just for the title, but for higher finishes on the final Bundesliga table. The reason is because finishing higher in the table also translates to increased Bundesliga prize money.

This article provides you with a breakdown of the 2022/23 Bundesliga prize money for each position on the final table.

Like most leagues, the Bundesliga organizers also issue prize money to participants in the league.

This money is gotten from the sold broadcast rights to international and domestic broadcast companies. The money the German league gained from TV rights has increased exponentially over the last few decades. In fact, the Bundesliga recently agreed to a four-year TV contract with the United Kingdom.

The prize is usually shared using special criteria. 70% of the money is distributed to all participating teams in the league, with each team getting an equal share. The remaining 30% is now shared based on the various team’s final league positions.

The higher on the log a club finished, the more money they will likely receive. The prize money for the last campaign was roughly €1.16 billion for all 18 teams.

2022/23 Bundesliga Prize Money for each position

Below is the breakdown of the prize money for each position.

Above is the possible breakdown of Bundesliga prize money based on a team’s final position in the 2022/23 table. 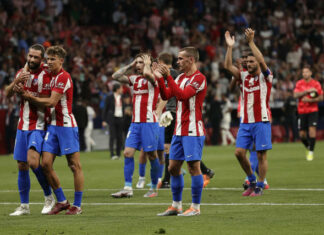 4 Football Clubs That Own Other Clubs

Collins Nwokolo - June 7, 2022
0
It would come as a surprise to many football fans that there are certain football clubs that own other clubs. In most cases, football...