There are roughly thousands of soccer club sides around the world. Some are big with a huge fan base and followership across the world, while others are smaller outfits with tiny but very passionate supporters. Some sides over the years became famous, but for one reason or the other, they folded up and lost to history. Yes, there are a few football clubs that no longer exist anymore.

Today you will find out about some famous soccer teams that no longer exist.

This defunct English side is widely remembered for their tough, no-holds-barred style of football, which they propagated in the 1980s and early 1990s.

They were also remembered for their shock FA Cup win in 1988 against favorites Liverpool. The Dons were originally founded in 1889.

They were based in south London throughout their existence before disputes between the club owners and supporters over a potential relocation from their historical London base led to the side’s dissolution in 2004.

The Crazy Gang, as they were infamously known, competed in the English top flight for many years before their relegation from the Premier League in 2000.

In 2004, Wimbledon FC changed their name to Milton Keynes Dons.

In their heydays, they were able to attract exceptional talents from around the world at the time to come play for them.

Players like George Best and Johan Cruyff featured for the California-based side during the club’s involvement in the NASL.

They were dissolved in December of 1981 after being in existence for just 8 years.

This defunct Dutch club was one of the top sides in Holland for much of the 1970s.

At the height of their powers, they even competed in the UEFA Cup, reaching the quarterfinals during the 1974-1975 season.

Relegation from the Eredivise in 1978 led to a downward spiral in the club’s fortunes, culminating in their eventual dissolution in 1982, barely 10 years after they were founded.

Dalian Shide was one of the most famous Chinese football clubs in the past decades. The club was established in 1955 and was based in Dalian, Liaoning province.

The now-defunct Chinese club had been in existence for 67 years before they folded up on November 30, 2012, after they were acquired by the Aerbin group.

Shide in their history, they had won several league and cup titles, winning a total of eight league titles from both the Jia A and the rebranded Chinese Super League.

Dalian were among the most successful clubs in Chinese football, but unfortunately, the club was dissolved amid various speculations and rumours.

Wronki was a Polish top-flight football team that existed between 1992-2007.

They won a few domestic cups and also competed in UEFA club competitions. In 2006 Amica merged with another Polish side Lech Poznan.

They were dissolved a year later when Blekitni Wronki, one of the merger club sides of Amica, decided to go on their own and were re-founded.

Club Olympique de Roubaix-Tourcoing was a football club that was based in Roubaix, France.

This French side came to be as a result of a merger of 3 clubs in 1945, namely RC Roubaix, Excelsior AC Roubaix, and US Tourcoing. They competed as one club until their dissolution in 1970.

In the 1946/47 season, the club achieved success by winning the French Division 1, now known as the Ligue 1.

Waregem was one of the mainstays of the Belgian top flight for most of their 76-year existence.

They were also involved from time to time in European club competitions. In fact, in the 1985/86 UEFA Cup, KSV Waregem reached the semifinals, where 1. FC Köln eliminated them.

Financial troubles seriously affected the club leading to their eventual merger with another Belgian side Zultse VV and dissolution in 2001.

After the merger, a new club was formed and named SV Zulte Waregem. The club currently plays at the stadium where KSV Waregem used to play.

Prev
What Is A Yellow Card In Soccer? 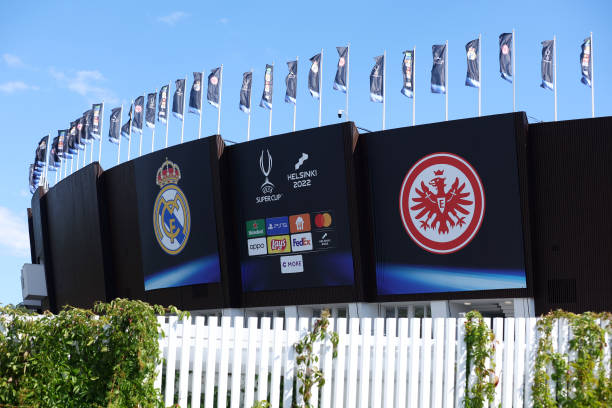