The 2019-20 season did not develop as Pep Guardiola would have liked. Despite several outstanding matches (which the defeat of Liverpool champions is worth), his team continued to stagnate, and the defeats against Norwich, Wolves, and Tottenham made it clear that there are enough problems – especially in defense.

At the beginning of the season, a Catalan specialist put Fernandinho and Eric Garcia, who were supposed to fill the hole left after the departure of captain Vincent Company. Alas, it did not work: Aymeric Laporte was injured, and John Stones and Nicholas Otamendi did not play well.

If City hope to regain the status of the country’s strongest club, they will have to strengthen their team – and especially the defense. Who should they buy during this summer transfer window? In this article, we will talk about 5 defenders.

Leroy Sane nevertheless left for Bayern, as we thought, and the money earned for him can be used to sign from a German club. For example, David Alaba, whom Guardiola is very familiar with: the 28-year-old Austrian, even acted as the central defender during this season in Bayern.

We previously stated that in the case of a deal with Sane, City would try to exchange him for Alaba, but apparently, this did not happen, which makes this transfer even less likely. But it’s a pity because an intelligent, disciplined, and brisk defender would perfectly suit the club. Well, or so it may seem: the left-footed player in the center of defense is far from ideal.

David Alaba, who helped Bayern win a lot of titles, is one of the most notable players in the team. The Austrian is also the best player and leader currently in the national team. No wonder he achieved a lot of support from people. At the same time, his popularity rose so heavily in recent years, that even the gambling industry expressed some interest in Alaba. Besides offering specific choices on him, online casinos for blackjack players supposedly wanted the Austrian to become a face for them. As rumors say, David Alaba thought about the offer for a long time and eventually declined it, primarily because he deemed it inappropriate for a footballer.

The central defender of Benfica is on everyone’s mind, and the Portuguese are ready to break a staggering 90 million euros for him. Previously, the interest in the product of Estrela da Amadora came from Barcelona and Manchester United, and it can be understood: the 23-year-old Portuguese has long outgrown the Super League and is able to become a central figure for any team. As for Benfica, the team always loved and knew how to cash in on other talents: Ederson, Raul Jimenez, Joao Felix, and Nelson Semedo brought good benefits to the club.

Dash prefers to play right, and he could have been seen at Euro 2021. He expertly interferes with the opponent and, without second thoughts, throws himself into the tackle and goes to the selections. He is an aggressive football player, but not enough to constantly receive cards. Moreover: he is a master pass and, perhaps, an ideal companion for Laporte. The only problem is the price tag. But if we talk about the City, the price has never been a problem.

Maybe you don’t need to look beyond the Premier League when a footballer of the level of Çağlar Söyüncü plays right here. He is arguably one of the best central defenders in the EPL.

The Turkish player had a huge impact on Brendan Rogers’ team, playing well with Johnny Evans. Who could have predicted this? When the ex-Freiburg footballer ended up in Leicester, no one really knew what to expect from him, and he took over and replaced Harry Maguire himself.

The Foxes had a great season thanks for the most part to Çağlar Söyüncü, but they are unlikely to be able to keep him if Pep Guardiola makes an offer. He is 24 years old – everything is just ahead. So far, they are asking for about 40 million pounds – more than a reasonable price.

Many sources claim that in the race for Kalidou Koulibaly in the first place is precisely City. The Senegalese could already leave Napoli, which is going through hard times, but whom to choose? No one can deny that he is one of the best defenders of modern football. Accordingly, not everyone can pull it.

Kalidou Koulibaly is 28 years old – he is more experienced than the others on this list. Who, if not him, will replace the Vincent Company, whose departure from City still cannot be recovered? At least for now.

Koulibaly has all the qualities that Guardiola expects from a defender. He is the leader and master of passing, knows how to score and make assists. With him, City will begin to play better on free kicks and corners. The Senegalese is able to take City to a new level, and Guardiola can make Coulibaly an even better player. However, there is one little detail: a potential ban on playing in the Champions League could scare him away.

It should be said that the most coveted signature for any Manchester City fan is Shkrinjar. The Slovak has grown rapidly in recent years, and now it is a real star. He has been consistent as one of the top defenders in the the Serie A.

The City, which needs a strong central defender, can hardly find a better option. 25-year-old Škriniar is perfect for Guardiola in all respects: he plays excellently in the aerial battles, adapts to all tactics, and knows how to pass the ball. Powerful, confident, and impassable defender, he is simply created for City. His only drawback is the lack of speed, but this is not so important, because he has wit, thanks to which he always knows where to be.

Alas, Škriniar’s contract expires in 2023, so City may have problems signing the Slovak footballer. 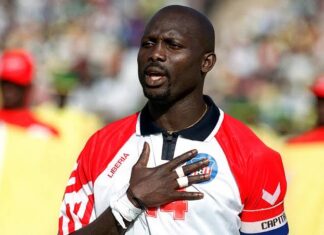 Collins Nwokolo - July 2, 2021
0
Footballers are some of the most talented athletes on the face of the earth. Despite their great achievements and abilities most soccer players attribute...