This has been one of the most remarkable transfer season of all time. Mind blowing sums of money of money has been spent and there have been record breaking deals. We saw Neymar transfer to PSG from Barcelona for a whooping £222 million, We saw Manchester United buy Romelu Lukaku for £75 million and of course, Ousmane Dembele move to Barcelona for £135 million. There is still more money to be spent, premier League clubs has spent over £1 billion dollars these transfer window and it’s still going to increase. The transfer window will close at 11pm on August 31. With just barely 2 days before the window closes, we can still expect many breaktaking deals to happen. They have been many shocking transfer that have been known to occur in deadline day, some are:

• Claude Makele from Real Madrid to Chelsea on the final day of the transfer window in 2003.

• Mesut Ozil left Madrid to Arsenal on deadline day in 2015.

• Carols Tevez to West Ham in 2006, along side countryman, Javier Mascherano.

The 2017/18 football campaign is already up and running, So who’ll make a last minute deal to strengthen their squad? Today we’ll look at 7 likely deals that are set to happen on deadline day 2017.

The deal that every Barcelona fan has been waiting for, Philippe Coutinho to Barcelona, will it happen on deadline day? Probably, this deal is almost done, Liverpool was reported to have agreed a fee of €160 million for the diminutive Brazilian midfielder.

After his stellar performance last season, Kylian Mbappe became a hot cake in Europe, it is still a surprise that he hasn’t been snapped up by now. But that could all change as they are very strong runoura suggesting that the French youngster could move to PSG for £180 million.

Jonny Evans has attracted the eye of Manchester City’s boss Pep Guardiola and he might move to the team. Although, West Brom boss Tony Pulis, rejected their first offer, it is very likely that he will succumb to the big Premier league spenders.

The Dutch was been one of the key players for Southampton in the Premier League in recent seasons. His impressive performance has lead to many Premier League clubs vying for his services. But none has shown stronger interest than Liverpool. The Reds urgently need to strengthen their back line and Virgil van Dijk could be the solution.

The Chelsea man has grown increasingly frustrated with Chelsea, and with Morata and Batshuayi playing so well, he could leave this summer. He really wants to move to Athletico Madrid, but the Rojiblancos’ have a transfer ban, hindering any transfer until January. A.C Milan are also ready to sign the Brazilian. 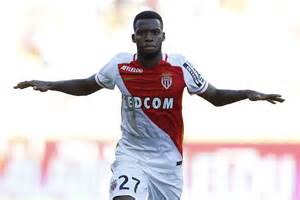 Liverpool seem to be on a spending spree. It was reported that Liverpool made a third bid and offered Monaco €80million
(£74.4m) plus Divock Origi on loan for the signature of Monaco star Thomas Lemar.

Gareth Bale has been courted by Jose Mourinho throughout this window, and is unhappy at Real Madrid.
Manchester United were reported to have made a £93 million bid for the Welsh winger. This deal, although unlikely, could occur on deadline day.

There are so many other deals that could go down on deadline day 2017.
Angel Di Maria to FC Barcelona, Draxler to Dortmund or Arsenal and Arda Turan to Arsenal. What Do Soccer Varsity Coaches Look For In Players 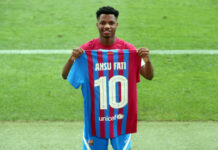 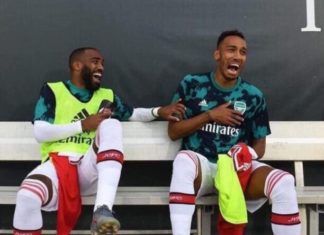 Collins Nwokolo - September 15, 2019
0
Football is a team sport where different players come together to fight for the best interests of the team. Players share memories and moments...