Super Eagles manager, Gernot Rohr, announced the names of the 31-man squad that will face Cameroon in an international friendly match in Vienna on June 4. What caught the attention of Nigerians is the inclusion of the name of a certain Abraham Marcus from the Portuguese second division side, Feirense.

In this article, TOP SOCCER BLOG brings you all you need to know about the 21-year-old left-winger, Abraham Marcus.

He was born as Abraham Ayomide Marcus on the 2nd of June in the year 2000 in Lagos State, Nigeria. 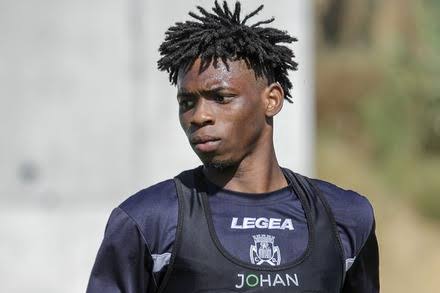 Having impressed in the youth setup, he was promoted to the Feirense senior team last summer and signed his first-ever professional contract with the club — the contract runs till 2023.

Marcus quickly established himself in the first team by contributing 11 goals and 2 assists in 25 matches in the Portuguese 2nd division league this season, instantly becoming by far the best player in the team.

His goals rank him as the fourth-highest goal-scorer in the league and have also gotten his team, Feirense, vying for promotion to the Portuguese first division.

Abraham Marcus wears the number 99 shirt for Feirense. He is a pacy winger, who is very direct and skillful. He has an eye for goal, and can create chances too.

His scintillating club performances earned him his first international call-up to the Nigerian Super Eagles by manager Gernot Rohr, on the 14th of May 2021. The German does not have a lot if options on the left wing of the Super Eagles attack line, so Abraham Marcus is a reasonable inclusion.

Nigerian football lovers will surely keep their eyes on Marcus during the international friendly match against Cameroon in Vienna, Austria, on the 4th of June. 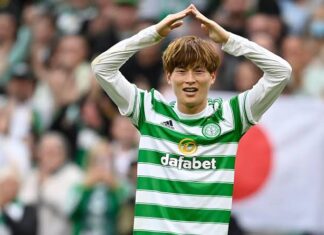 Collins Nwokolo - February 11, 2022
0
Celtic FC is one of the most well-known and successful clubs in Europe. Due to their history and rich pedigree, the Glasgow-based club has...