In the USA, football is relatively and uniquely distinct from most parts of the world. In fact, Americans prefer to call it soccer because “football” in the U.S. is often in reference to American Football — an entirely different sport where the ball is largely played with the hands.

It has also won a medal in every World Cup and Olympic tournament in women’s soccer from 1991 to 2015.

In this article, TOP SOCCER BLOG looks at the top 6 U.S. women soccer players in 2022.

Capable of playing in midfield or as a striker, Catarina Macario has had a sensational season for club and country in 2022.

Just 22 years old, she has been touted as the future of the U.S. Women’s National Team.

2021/22 was her first full season with French club side, Olympique Lyon. She was Lyon’s top scorer, netting 23 goals in 35 matches across all competitions, including 9 goals and 2 assists in the UEFA Women’s Champions League — which her team won.

For the U.S, Macario also found her breakthrough as she led the USWNT to win the 2022 SheBelieves Cup. 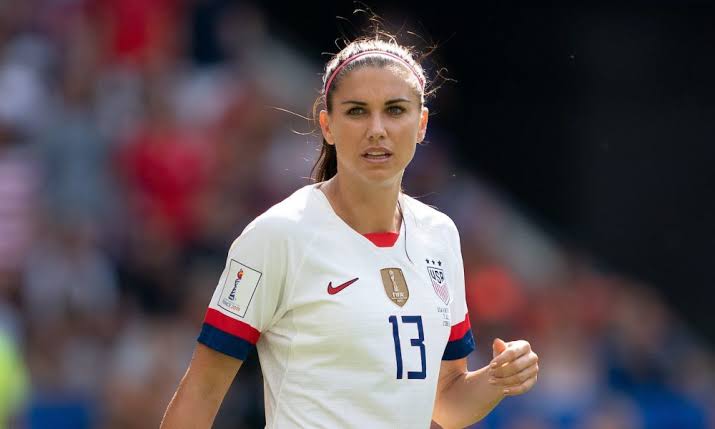 With 198 international caps and 119 goals, Alex Morgan isn’t just a household name in women’s football; she’s one of the best strikers in the history of the game.

With the USMNT, she won 2 FIFA Women’s World Cups, 3 CONCACAF Women’s Championships, and an Olympic Gold medal, among several other trophies.

Having successfully played for various clubs (both home and abroad), she joined the National Women’s Soccer League (NWSL) side, San Diego Wave F.C., in December 2021.

Despite being 33-year-old, Morgan has notched 19 goals in just 22 appearances for her new side. She is also one of the richest female footballers.

Midfielder Rose Lavelle will go down in U.S. women’s national team history as one of the most creative No. 10s the team has ever had.

She represented the U.S. at multiple youth levels before making her senior international debut in 2017.

She started six games for the United States at the 2019 FIFA Women’s World Cup, scoring three goals — and won the Bronze Ball.

The same year, she was named the 6th best player in the world at The Best FIFA Football Awards 2019 and was named in the 2019 FIFA FIFPro World XI.

In the 2020 Olympics, she scored one goal for the United States on their way to a bronze medal.

In 2022, Lavelle’s ability to unlock defenses has made her one of the NWSL’s top-ranked players in chances created and passing completion in the final third.

She is also among the top NWSL players in ball recoveries and tackles, showing just how complete she is as a midfielder.

Along with Alex Morgan, Megan Rapinoe is one of the most recognizable names and faces in women’s soccer in recent years.

She has been playing for O.L. Reign since the club’s inception in 2013, and is one of the best midfielders in women’s football.

Rapinoe won gold with the USWNT at the 2012 London Summer Olympics.

She also played a prominent role as the country won the FIFA Women’s World Cup in 2015 and 2019.

She won the Golden Boot and Golden Ball awards at the 2019 World Cup in France.

She is internationally known for her crafty style of play on the field and her activism off the pitch.

Rapinoe is 37-years-old and still going strong at her age.

With a well-rounded set of skills, Lindsey Horan is one of the best box-to-box midfielders in the world.

She was a leading player for the Portland Thorns during their 2017 championship season — scoring the winning goal in the championship game. She was named NWSL MVP in 2018.

In 2022, Lindsey Horan, currently for French giants Lyon, on loan from Portland Thorns. She won the 2021/22 UEFA Women Champions League with Lyon.

Before joining the Thorns, she was a prolific scorer for PSG — scoring 46 goals in 58 appearances.

Horan was the top goalscorer for the United States U-17 team at the 2010 CONCACAF U-17 Women’s Championship.

At the age of 18, Trinity Rodman became the youngest drafted player in NWSL history after being selected second in the 2021 NWSL College Draft.

Just 20 years old, Rodman is currently one of the most exciting young prospects in women’s football at the moment.

Her sensational speed and intensity, coupled with her skills on the ball, make her difficult to stop.

With the most assists in the NWSL, she led the Washington Spirit to win a championship in 2021 and was named the NWSL’s Rookie of the Year.

On February 2 2022, Rodman signed a contract extension with the Washington Spirit, running until after the 2024 season, with an option for 2025.

The new contract was worth $1.1 million — making Rodman the highest-paid player in NWSL history.

Trinity Rodman is the daughter of famous Basketball player and Hall of Famer, Dennis Rodman.

Prev
When Is Soccer Season In High School? Next
5 Best Left-Footed Centre-Backs In Football 2022 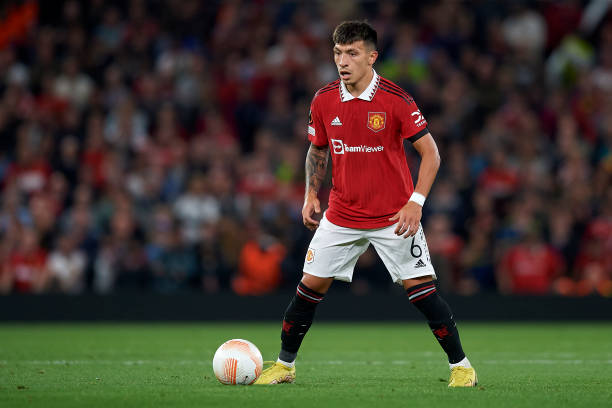