Determining which team will win the next FIFA World Cup is quite impossible unless you’re a time traveler. The FIFA World Cup is highly volatile and unpredictable, not to mention the rankings, which change weekly.

Also, upsets and snowballing are relatively common in the World Cup, reminding us of the 2014 FIFA World Cup, where Germany beat Brazil 7-1. But in any case, if you’re going to tune in to the FIFA World Cup, which is just around the corner, you may be curious about which teams you should look out for this month. Here are some of them.

The Three Lions will go into Qatar with quite an odd position. However, this is the best chance for England to win a World Cup in a generation since their lousy form in 1992.

But with their recent successes, like reaching the 2018 semi-finals and the 2020 Euro final, their future is quite bright, even though a Wembley defeat follows the latter.

Harry Kane is the team’s star man this time, although there are still holes in their squad right now.

However, people say that it will be covered by Jude Bellingham, which is more than enough to make the team well-rounded, which we’ll probably see in the upcoming World Cup.

As sad as it is for Argentina fans, they are hopeful that the team will win the 2022 FIFA World Cup. But as mentioned just now, many fans are saddened by the news that Lionel Messi will probably stop playing for Argentina after this World Cup.

However, the fans still hoped the team would win this year as Messi finally won a trophy from their win in Copa America.

This is a shock to most FIFA World Cup fans, but the team has proven to be one of the best because of their decent performances in significant tournaments, albeit without winning any.

The team certified their buoyancy by its golden era of superstar names, which made them reach the quarter-finals in each of their most recent tournaments, not to mention that they also finished third in the last World Cup.

However, many fans criticize Roberto Martinez for not doing anything further with his elite team, and many have retired or are on the verge of doing so. Also, a poor showing in Qatar might be the catalyst for their fading from the top ranks.

So, can Belgium win the 2022 World Cup? Well it all depends on their quality players turning up and producing magic.

The Samba Boys of Brazil are top of the charts for the 2022 FIFA World Cup after dislodging the Belgian team earlier this year. They won the Copa America back in 2019 but last lifted the World Cup in 2002. And since then, they have yet to reach the semi-finals.

However, Neymar is backed by a supporting cast for this World Cup, which makes many fans hopeful. But it doesn’t erase the fact that the top-ranked team has never won a World Cup after 2002.

Germany has won nine out of ten games to qualify for this year’s FIFA World Cup.

However, their National Leagues results were disappointing, with 1 out of 6 games won. Of course, this is probably because of the massive absence at center forward, but some fans speculate that this is because of the more significant issue they have at the back.


Hansi Flick has brought a fresh breath of air after 15 years of Jogi Low but implementing that high line that he favors can be a huge risk for the team, not to mention that they only have a limited time available to international managers.

The former Bayern Munich coach has also assembled a relatively young squad, with two of the youngest players at the 2022 FIFA World Cup in their team.

Not only that, but Kylian Mbappe’s insistence on only playing with Karim Benzema and Olivier Giroud has reduced the team’s tactical options.

Also, there are a lot of personalities in the team who would probably have less of a hard time if Deschamps took a less abrasive approach to coach. And this is even not mentioning the injuries some players had, which can be a lot more pressure for the team.

Nonetheless, the best soccer players in France will counted on to defend their title.

The 2022 FIFA World Cup is just around the corner on November 20th. Many people are anticipating what will happen during the tournament, especially with the changes many teams have undergone over the past four years. This year’s FIFA World Cup will be interesting. 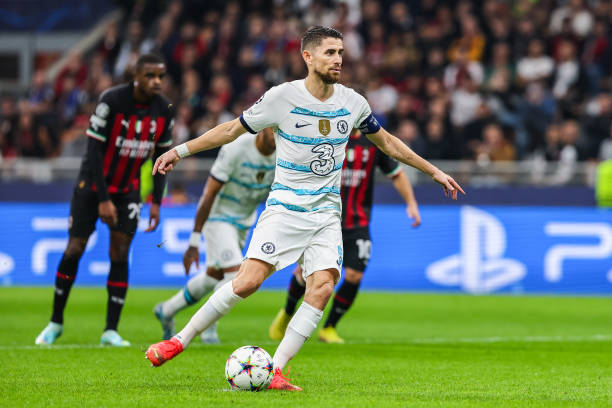 Taking a penalty in football is not an easy task, especially when the kick is

As the World Cup in Qatar gradually unfolds, you are probably engaged in