The 2020/21 English Premier League season began in earnest. Despite starting a little bit later than usual due to the ongoing COVID-19 pandemic, nothing has stopped us from enjoying he best league in the world. Throughout the year 2020 many top Premier League midfielders have shone brightly.

Today we profile some exciting midfielders in the Premier League for the year 2020.

Top 5 Midfielders in the Premier League 2020

Our list of the best midfielders in the English top-flight League is based on their performances, and it’s in no particular order.

The Belgian magician is definitely the main man to keep an eye on this season. Despite the disappointment of losing the EPL title to rivals, Liverpool FC Kevin enjoyed a rather productive 2019/20 season. The Belgian finished with a league-high 20 assists for the season. This culminated in him winning the Premier League and PFA Players footballer of the year. The 29-year-old is undoubtedly the best midfielder in the EPL right now.

De Bruyne will be hoping to inspire Manchester City as they aim to win back their Premier League title.

The Manchester United midfielder enjoyed a fantastic debut season with the Red Devils. The Portuguese maestro was the driving force behind his club’s 3rd place finish last term. The 26-year old will be hoping that in his first full season for the Reds he can help them challenge for the league title. A lot will be expected of Bruno who finished on 8 goals from 14 league matches. Bruno Fernandes proved to be the best signing for United, and his prowess from the penalty spot has been key to the Red Devils in 2020. He’s also one of the best penalty takers this season.

The Leicester City man enjoyed a very good season last term which was cut short due to injury. The Foxes will be looking for even more excellent performances from their midfield talisman this season. James, who scored 6 goals and provided 3 assists in the last campaign will be hoping he can do better to help his team challenge for European places in the league. He helped his team qualify for the 2020/21 Europa League for the first time in their history.

The 25-year old England player was outstanding last season for his club Aston Villa FC. In spite of his club’s struggles Jack was able to guide and inspire his club as they barely avoided relegation into the Championship. The Villains midfielder despite the overall poor performance of his club was able to shine through. Grealish scored 8 goals together with 6 assists in 36 matches. His performance last season has drawn lots of admirers seeking his signature. If he does remain at Villa, the Birmingham based side will again be heavily reliant on him if they are to avoid the drop.

Jordan Henderson was named the FWA Footballer of the Year season for the 2019/20 campaign. There is no doubt that Henderson has improved tremendously under Jurgen Klopp. He really cemented his place as one of the best Midfielders in the EPL this year. Many pundits who describe Henderson as a player who works hard and brings energy to the team. However, apart from being ian athletic and hardworking midfielder, he also possesses remarkable tactical intelligence and leadership qualities. 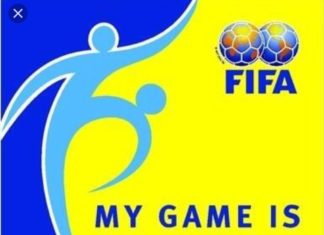 Collins Nwokolo - May 3, 2020
0
What is Fair Play? According to the International Fair Play Committee, Fair Play is a complex concept that comprises and embodies a number of fundamental...