Dutch manager Erik ten Hag is currently one of the brightest and hottest young coaches in world football right now. The 52-year-old gaffer is seen as the next superstar in the world of football management, likely to follow in the footsteps of great coaches like Pep Guardiola, Jose Mourinho, Carlo Ancelloti, and Zinedine Zidane.

This article will provide you with some information about Manchester United manager Erik Ten Hag.

His coaching style is built on fluid, attacking football which relies on highly technical wingers. The Dutch coach prefers a 4-3-3 formation, with a defensive midfield behind the back four. He is a firm admirer of Guardiola’s coaching tactics.

Ten Hag said in February 2019: “I learned a lot from Guardiola; his philosophy is sensational, what he did in Barcelona, Bayern and now with Manchester City, that attacking and attractive style sees him win a lot.”

He always wants his team to keep possession and hurt the opponent. Ten Hag based his team style on possession, movement, vertical attacking patterns, pressing, and wingers moving into the middle to allow room for the full-backs. In his system, everyone is attacking, and everyone is defending.

Erik started out as a football player in his native Holland, playing for various local sides, FC Twente, De Graafschap, Utrecht, and RKC Waalwijk. Ten Hag was a center-back and played over 300 league matches in a career that lasted between 1989-2002.

After his retirement from professional football, he would wait almost a decade before nabbing his first coaching gig. 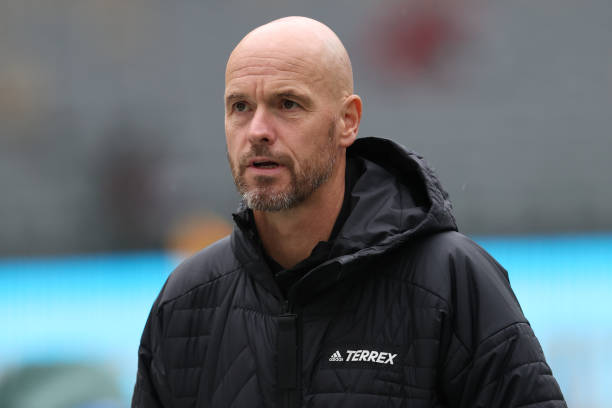 Below are some of the teams that Erik Ten Hag has coached in his career.

Erik Ten Hag first managed dutch club side Go Ahead Eagles in 2012. While there, he achieved his first success in soccer management, helping Go Ahead gain promotion to the Dutch Eredivisie.

After his single-season stint as manager of the Eagles, Erik crossed over to Germany to handle the reserve team of Munich giants Bayern from 2013 to 2015. He won the Regionalliga Bayern with the reserve side during his time there.

Ten Hag returned to the Netherlands to take up the sporting director and head coaching position at his former team Utrecht in mid-2015.

His impact at the club was instant, leading them to 5th position in the 2015/2016 season. The following season he led Utrecht to an improved 4th position in the final table of the Dutch Eredivisie, which earned them a spot in the UEFA Europa League qualifiers.

His impressive showing at Utrecht earned Erik his first big-time managerial role when he was appointed manager of Dutch giants Ajax Amsterdam in late 2017. Ten Hag’s stock as a great manager would continue to rise even further as he restored Ajax back to preeminence in Dutch and European club football.

A heartbreaking loss to Tottenham Hotspur in the semis ended their fairytale run, but this didn’t diminish the attention and respect for the great job Ten Hag did getting them that far.

While at Ajax, he broke the record by becoming the fastest manager in league history to reach 100 wins with Ajax,

This also earned Erik many offers from various top European clubs. The Dutch tactician was finally appointed manager of English top side Manchester United on April 21st, 2022, on a 3-year deal with an option of a further year.

Erik Ten Hag is currently the coach of Manchester United and will begin the 2022/23 season with hopes of restoring the Red Devils to glory.

Here is the list of trophies won by Erik Ten Hag:

Erik Ten Hag won the Regionalliga Bayern, in the fourth tier of the German football league, with the Bayern Munich reserve team.

Erik Ten Hag has won the Eredivisie three times at Ajax and the KNVB Cup twice. He also won the Johan Cruyff Shield in 2019 with Ajax. 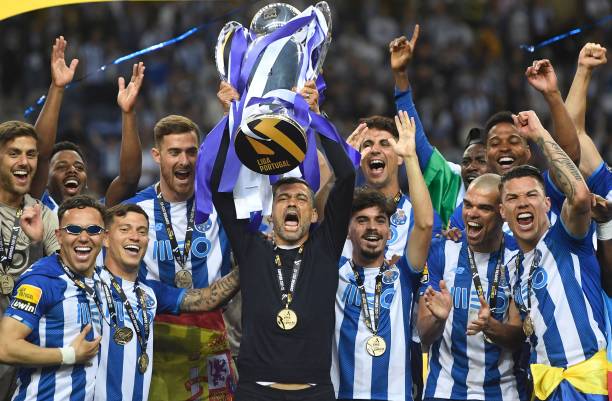 Football league competition is one the hardest and yet most rewarding

Next
10 Football Teams That Play In Yellow And Blue Jersey 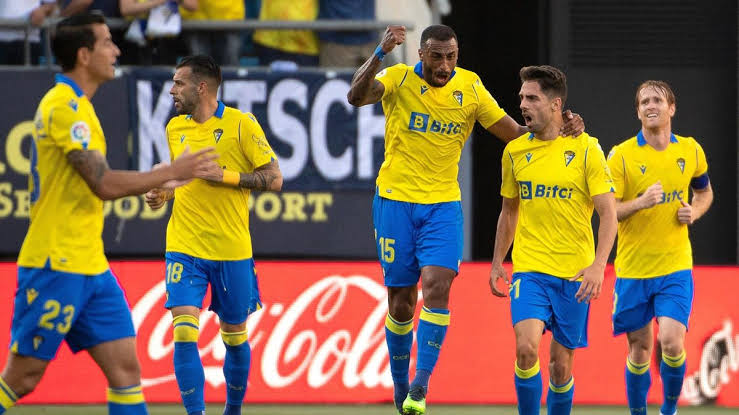