The ultimate aim on the football pitch is to put the ball in the back of the net. Throughout history, the round-leather game has witnessed some breathtaking goals.

Some scored directly from a corner, via a mesmerising dribble, brilliant teamwork, stunning free kick/penalty, or through a powerful shot from an impossible angle.

It is difficult to pick the best goals scored in soccer history as there are thousands of goals that are just too beautiful.

Nevertheless, TOP SOCCER BLOG brings you its selected top 10 goals ever scored on a football field.

Many factors were considered for this selection. Notably the calibre of the opponents, the importance of the match, the time, as well as the skills and technique involved.

Without further ado, here are the top 10 greatest goals in football history.

After “cheating” by scoring the infamous “hand of god” goal by using his fist to punch the ball into the net to give Argentina a 1-0 lead in the 1986 FIFA World Cup quarterfinal, Diego Maradona scored what many believed to be the best goal in football history.

The strike against England was a moment of pure genius.

Maradona picked up the ball in his own half and beat four English players and the goalkeeper before poking the ball into the net with 11 touches in only 11 seconds!!!

Argentina went on to win the tournament, with Maradona named as the best player. However, his remarkable goal remains one top goals in football history.

Brazil is regarded as arguably the greatest team in international football history, and it’s been so for years.

At the 1970 FIFA World Cup final, they showcased their brilliance, synergy, and togetherness to score one of the greatest goals ever.

It won the final against Italy emphatically.

In the 86th minute and leading 3-1, the Brazilians set up the fourth goal with an impressive team build-up in which the opposition players couldn’t touch the ball.

After the ball had been passed between several Brazilian players at their end of the field, Pelé received the ball at the edge of the box and laid it off to the onrushing Carlos Alberto to slam home a thunderous strike!

The goal sealed Brazil’s third World Cup title for one of the best teams in FIFA World Cup history.

The beauty in this goal was in the build-up and how each Brazillian player knew exactly where the other was and what they needed to do.

Marco Van Basten is one of the greatest strikers of all time, and he was famous for scoring terrific volleys. The most memorable volley from the Dutch legend came at the final of Euro 1988.

UEFA described the strike as “perhaps the most iconic goal in UEFA European Championship history.”

Van Tiggelen dispossessed Lytovchenko and passed the ball to Arnold Mühren, who was making an overlapping run down the left wing.

He played in a high cross to the far side of the box to Van Basten, who sweetly struck the ball on the volley from a tight angle. It dipped under the crossbar to make it 2-0. Astonishing!

When Lionel Messi was breaking through at Barcelona as a youngster, he was being compared to the legendary Diego Maradona.

The comparisons seem justified when Messi pulled off a Maradona with an amazing solo goal against Getafe in 2007.

Camp Nou was sent into a frenzy! Lionel Messi has gone on to score a number of absolutely mind-blowing goals, however, his goal against Getafe one his best goals ever.

Roberto Carlos won a challenge on the left side of the attack. Somehow the Brazilian was able to put in a cross which landed squarely on the position Zinedine Zidane was standing.

After waiting for what seemed like forever, Zidane hit an absolutely breathtaking half-volley into the back of the net.

The goal erupted the Glasgow crowd that witnessed the final.

His disbelieving celebration was a measure of a truly unrepeatable finish. A fact he admitted to later:

Known for his rocket shots, Roberto Carlos scored some amazing goals in his career, but few defied gravity like this one. Undoubtedly one of the greatest wingbacks in football history, the Brazilian scored one of the best goals in football.

At one point in the match, a foul was awarded in favour of Brazil.

Carlos lined up the ball, and the French goalkeeper, Fabien Barthez, arranged his wall.

Then Carlos took a terrific shot with a strange spin that not only went through the wall but angled and got past Barthez.

The free kick remains one of the most head-scratching goals you will ever see, as it is just hard to believe. The ball seemed to defy the laws of physics.

Wayne Rooney’s incredible overhead kick against Manchester City in 2011 is one of the most famous strikes in Manchester United’s history.

It is arguably the most iconic goal in English Premier League history.

In the 78th minute of the Manchester derby, Nani’s deflected cross floated into the box.

Rooney stopped himself in his tracks, adjusted his body position, swivelled while keeping his eyes locked onto the flight of the ball.

Then he flew into the air — horizontal to the turf — and swung his right foot high above his head and smashed the ball home!

Old Trafford erupted with its loudest noise ever.

In a 2002 league match against Newcastle United, Dennis Bergkamp scored one of the best Arsenal goals ever.

A long ball was sent into the box, and with a Newcastle defender tightly marking him, Bergkamp astonishingly flicked the ball over the defender, turned around in the penalty area, and scored a cheeky goal.

While it may seem easy, the technique required to chip the defender and stay calm in front of goal with an onrushing goalkeeper is not something every player can do.

This goal is considered one of the best-ever goals scored in a friendly match.

Zlatan Ibrahimovic scored with a no-look bicycle kick in a match that Sweden was already winning 3-2 against England.

It came after England goalkeeper, Joe Hart badly headed a ball out of the area, and Ibrahimovic reacted quickest by acrobatically kicking the ball into the back of the net from more than 30 yards out.

The Friends Arena in Stockholm was sent into ecstasy.

Liberia’s President, George Weah, was a fantastic footballer and the only African player that has been named the Best Player in the World.

His best years were spent at AC Milan, where he won numerous trophies amid dazzling displays.

His best and most famous goal came against Verona in 1996 while playing for Milan.

Weah captured the ball off a Verona corner kick in his own box. Then sprinted down the length of the field, dribbling past two defenders in the center circle.

Eventually, he managed to slalom his way through the rest of the defenders to score one of the best goals in football history. 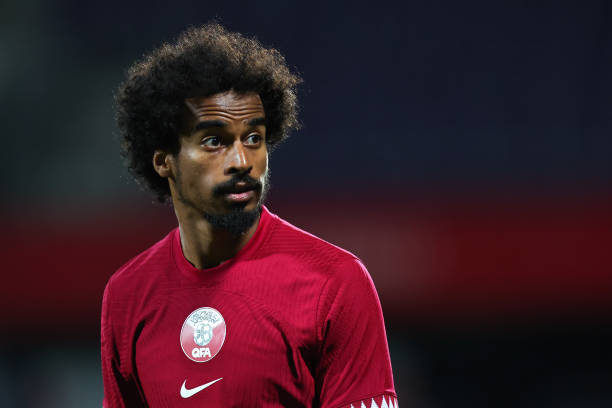 The 2022 FIFA World Cup hosts Qatar are unique in almost every sense, they are

Next
5 Best Football Players In Morocco 2022 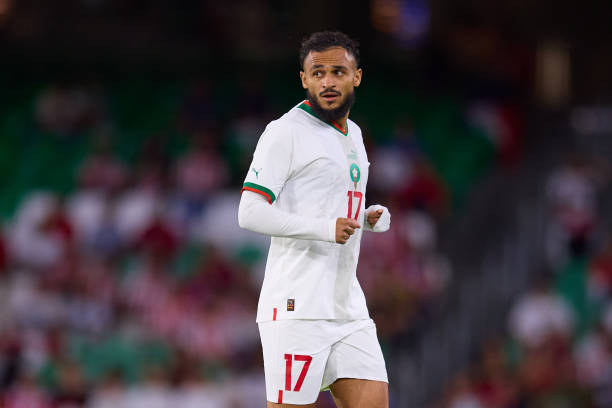 If you are asked to mention the Five best football players in Morocco in 2022,