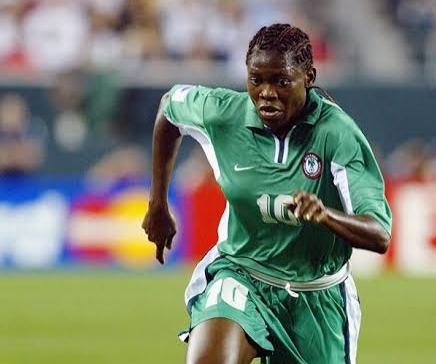 Nicknamed marvelous Mercy, she was a striker during her time with the Falcons. She made her international debut for Nigeria sometime in the mid-90s. Mercy played for Nigeria at 3 FIFA Women’s World Cups scoring 2 goals in 8 appearances. Akide was also participated in 3 CAF African Women’s Championships (AWCON), winning the trophy on all 3 occasions. Mercy also went on to play for Nigeria at two Olympic games. Akide was awarded the first African Woman footballer of the year by CAF in 2002. She is married to popular Nigerian sports journalist Colin Udoh.

She’s arguably the greatest player to have worn the green-white-green for the Super Falcons. A predatory striker of note, Perpetua is believed to have scored 80 goals in 99 appearances for the national team between 1999-2015. Nwkocha played at four World Cups and three Olympic games. She also won 5 AWCONs, finishing top scorer in three of them. Individually she was named CAF Women Footballer of the Year four times. She played her club football in Sweden. 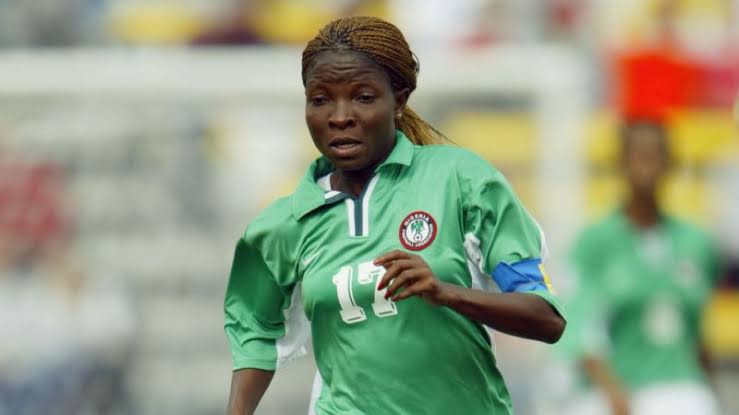 A gifted midfielder, Omagbemi was the first captain of the Super Falcons and represented the country between 1991-2004. Florence led Nigeria to four World Cups and was part of the team that got to the quarterfinals of the 1999 Women’s World Cup in the USA. She has also won four AWCONs as player, and once as a Coach. With that, Florence Omagbemi became the first woman to win the Africa Women Cup of Nations as both a player and coach, a Nigerian football record.

Onome is a tough tackling no nonsense Super Falcons defender. She holds the record as the only African woman to have played at five different Women’s World Cups from 2003-2019. Ebi has also played at the Olympics that is the 2008 Olympic Games in Beijing. The 37-year-old also marshaled the defense that won four AWCON titles. Individually Onome was named the Nigerian female footballer in 2018. 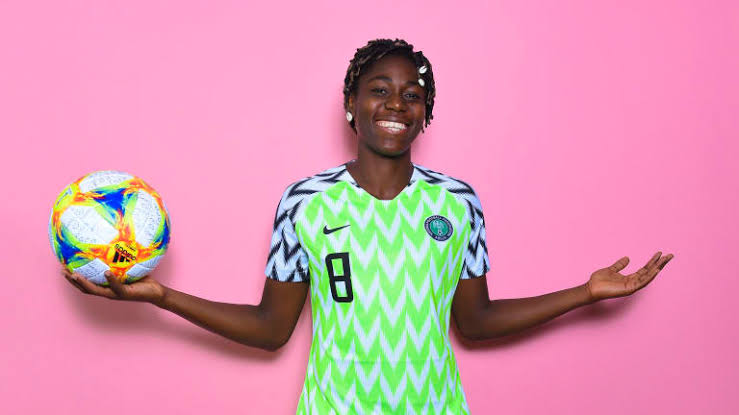 The FC Barcelona Femeni striker is one of the best players in the world right now. She has represented Nigeria at two World Cups, scoring twice in 7 matches. She has won 3 AWCON titles and been named CAF Women’s player of the year four times. Asisat has won numerous club trophies in her ongoing career, playing for various clubs in Nigeria, England, China, and Spain. 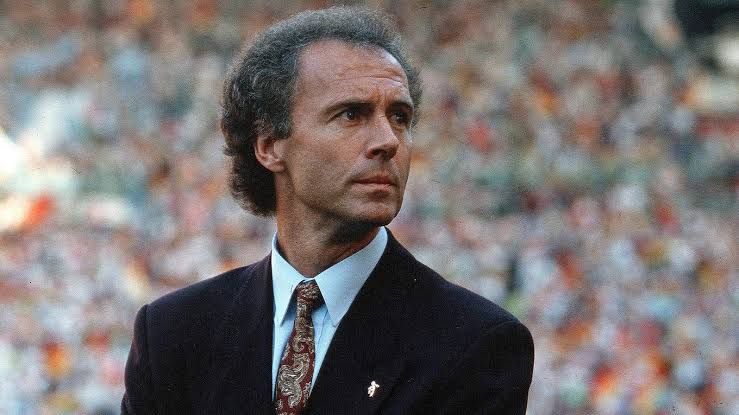 A lot of players have distinguished themselves over the years, however not many 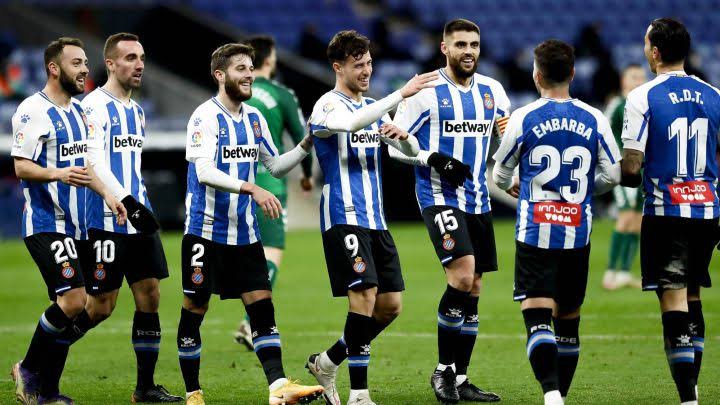