Football, like any other sport, is highly competitive and physical. Apart from these attributes, the beautiful game also has its fair share of razzmatazz and showbiz value. From jersey design to colored soccer boots as well as hairstyle/color of individual players, this had added extra fan interest and entertainment.

A specific item that has grown in popularity over the years is the facemask. Apart from serving as a functional protection for the face of a football player, the aesthetic elements of it have also been incorporated. This article will explore deeper the reasons why football players wear masks.

Football is a contact sport, so it’s not surprising for players to run into or tackle each other. Unfortunately, due to the physical nature of the game, it has almost become an eventuality that players will get injured. These injuries vary in severity and type, but the more serious ones can be facial types that involve fractured cheekbones or broken noses.

After recovering from such injuries, players usually wear a special facemask or guard during a match to avoid a re-occurrence of such an injury again. Many famous players over the years have had to wear this protective equipment. Chelsea FC players like Petr Cech, John Terry, and Cesc Fabregas, to mention a few, have had to use it at one time or the other. Nigerian international Leon Balogun once wore the faceguard during a 2018 World Cup qualifier against Algeria. Considering the sometimes-risky nature of football, it’s unlikely that the face guard will disappear anytime soon.

Unfortunately, due to the ongoing global Covid-19 pandemic wearing facemasks has become an absolute necessity. The football fraternity has also been forced to adjust to the present times we live in, with football governing protocols adjusted to include mandatory facemask usage.

Football teams globally are mandated to ensure their players take all necessary precautions by wearing facemasks when not training or playing a match. There have however, been a few instances of football teams taking to the pitch masked up. Examples like players of Brazilian top league side Gremio who took to the field in protest at their governments’ perceived lack of action dealing with the outbreak. As it continues to look like the Corona virus will live with us well into next year it’s unlikely the football establishment will relax the mandatory face mask protocols. 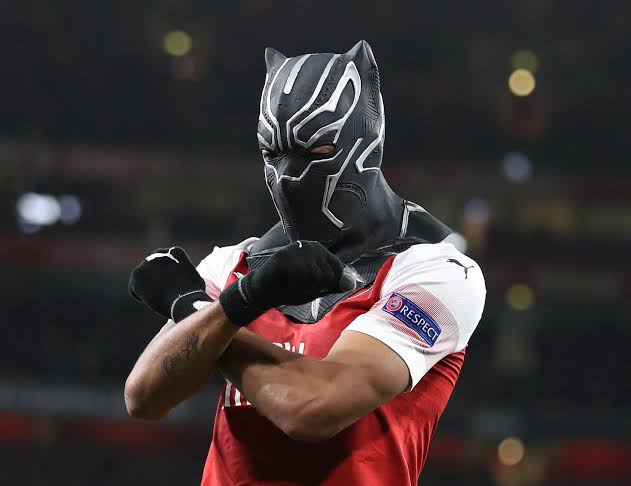 On a lighter note, a few footballers have been shown wearing costume masks, especially during celebrations after scoring a goal. The most popular example is that of Arsenal FC’s Gabonese striker Pierre-Emerick Aubameyang who sometimes wears the mask of a fictional movie character Black Panther when celebrating a goal. 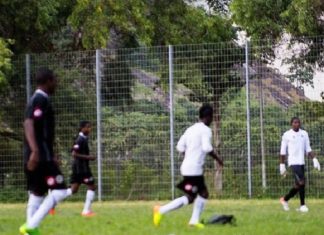 Collins Nwokolo - May 1, 2019
0
Football is a very popular sport in Nigeria, and whenever you travel to any part of the country, it is a common thing to...