Over the years, Nigeria has made remarkable efforts towards building world-class. Nigeria has played host to some African and world tournaments. This, without a doubt, makes football stadiums in Nigeria to be among the best in the world. Tournaments like COGA Games 2003, Africa Youth Championship, U-17 and U-20 world cup tournaments were hosted by Nigeria. Below are the top five football stadiums in Nigeria. 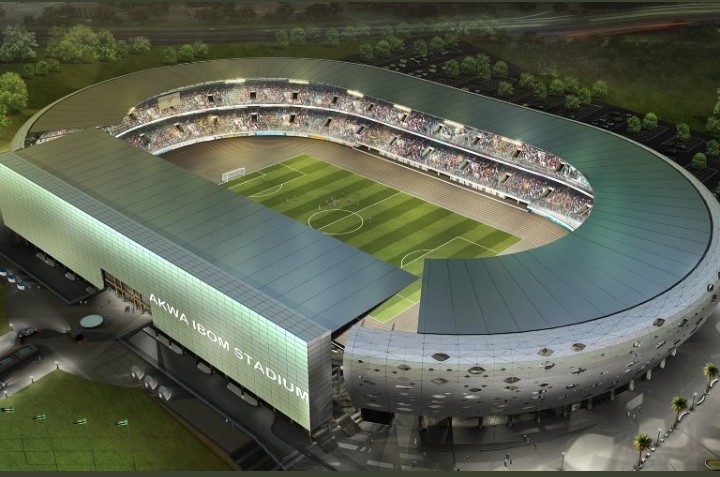 This is unarguably most beautiful in Nigeria. Built as a replica of Allianz Arena, Akwa Ibom international stadium took Julius Berger two years to construct, from 2012 – 2014 during Godswill Akpabio regime. It can seat 30,000 people and was estimated to cost $250 million.

It was renamed after the former Governor by his predecessor Governor Gabriel Emmanuel in 2015. The stadium located in Uyo is home for Nigeria’s Super Eagles. It is situated on 48 hectares of land with unique features that stand it out from others.

Moshood Abiola National Stadium is arguably one of the best stadiums in Nigeria. It is located in the Federal Capital Territory and it is the country’s national stadium. It is a 60,491-seater stadium used for various sports activities. The stadium was originally to host the 8th All African Games in 2003. It was formerly known as the National Stadium, but was renamed to Moshood Abiola International Stadium by President Buhari in June 2019. The stadium was constructed by the German firm, Schlaich Bergerma & Partners, and it was estimated to cost $360,000. It is the most expensive and largest in Nigeria.

The Liberation Stadium is one of the top stadiums in Nigeria. Located in the Elekahia area of Port-Harcourt, the stadium is home to Dolphins F.C. now Rivers United F.C. It was renamed Yakubu Gowon Stadium. It has a capacity of 30,000 people.

The stadium is one of the oldest stadiums in the country. Formerly known as Liberty Stadium, it is of a high standard with six exits, medical facility, two ambulances and 7000 capacity public park. It can seat 35, 000 people and has a VIP viewing area. It hosted the World Youth Championship in 1999.

Another old but top stadium in Nigeria, Abacha Stadium was opened in 1982. It is home to Kano Pillars. It hosted the 2009 edition of FIFA U17 World Cup. It has a medical centre and two ambulances. It has four exits. It has a capacity of 18,000 people with VIP viewing area. It was named after a former Head of States, General Sani Abacha.

Which is the oldest stadium in Nigeria?

Onikan Stadium, Lagos is the oldest stadium in Nigeria. the original stadium The stadium was built in 1930 and, in 1936 it was later named after King George V. Between 1963 and 1973. It later became known as the Lagos City Stadium in 1980s.

Which stadium has the highest capacity in Nigeria?

Moshood Abiola National Stadium is the stadium with the highest capacity in Nigeria. The stadium capacity is 60,491. 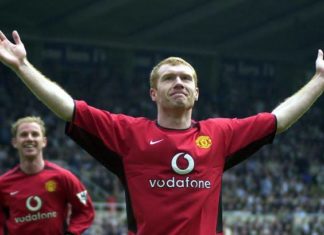 Collins Nwokolo - July 21, 2019
0
Manchester United is undoubtedly one of the biggest clubs in England and even in the world at large. The club is well known for...