With less than 100 days to go to the 16th edition of the UEFA European Football Championships coming up this summer (EURO 2020), TOP SOCCER BLOG brings you an ultimate guide to the tournament, which will take place between the 12th of June to the 12th of July 2020.

The championship —which is contested by UEFA member countries— began in 1960 as the European Nation’s Cup until 1968 when the name was changed to the UEFA European Football Championship and was popularly known as the “Euros.” Starting from 1996, the name of each tournament was referred to by adding the year it took place (e.g. Euro 96, Euro 2012, Euro 2020). The tournament takes place every four(4) years.

The championship started with only 4 teams qualifying for a tournament until 1980 when it was expanded to 8 teams. The number of teams was increased to 16 in 1996 and 24 in 2016.
For the 24-team tournament, the teams are divided into 6 groups with each group comprising of 4 teams. The top two teams from each group will be joined by the four best third-placed teams in the round of 16.

To celebrate the 60th anniversary of the championship, Euro 2020 will not be hosted by a single country, but rather it will be played across 12 European cities namely:— Baku (Azerbaijan),
Copenhagen (Denmark),
London (England), Munich (Germany), Budapest (Hungary), Rome (Italy), Amsterdam (Netherlands), Dublin (Republic of Ireland), Bucharest (Romania), Saint Petersburg (Russia), Glasgow (Scotland) and Bilbao (Spain).
The Stadio Olimpico in Rome will host the tournament’s opening match between Italy and Turkey while the Wembley Stadium in London will host the Final match.

With the tournament scattered across 12 countries, it means for the first time since 1976, and no country will automatically qualify for the tournament as hosts.

Portugal are the current defending champions having won the tournament in 2016. Germany and Spain are the most successful teams in the championship’s history with (3) titles each, followed by France (2) and then Italy, Soviet Union, Czechoslovakia, Netherlands, Denmark, Greece, and Portugal who have all won it once (1).

Spain is the only nation in history to win the tournament consecutively, having done so in 2008 and 2012.

For the first time in the Championship’s history, the Video Assistant Referee (VAR) will be used.

OFFICIAL MATCH BALL, MASCOT, AND THE TROPHY OF THE EURO 2020

The official match ball for Euro 2020 is “Uniforia,” which was designed by Adidas while the official mascot is “Skillzy.”

The trophy for the Euros is called the “Henry Delaunay Trophy” as it was named after former UEFA General Secretary, Henry Delaunay — who brought about the idea of organising the Championship but died five years prior to the first-ever tournament. The trophy is kept by the winners of each tournament for four years (till the next tournament).

The outbreak of the Coronavirus — which has infected more than 90,000 people across 73 countries so far — has raised concerns that the tournament might be canceled or postponed but UEFA president, Aleksander Ceferin, said he is “confident” that the tournament will go on as scheduled and UEFA is in constant contact with the World Health Organization (WHO).

England are the bookies favourite to win the tournament as the final will be at Wembley. Belgium are also favourites because of their golden generation of players along with France, who are the defending world champions.

The underdogs at the for the Euro 2020 are:
The Netherlands— led by Virgil Van Dijk and runners-up at the UEFA nations league. Portugal —defending champions of both the Euros championship and UEFA nations league while also boasting of the supernatural Cristiano Ronaldo. Other underdogs are Germany, Spain, and Italy.

INJURY CONCERNS FOR THE EURO 2020 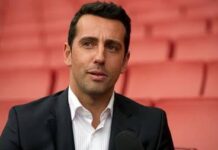 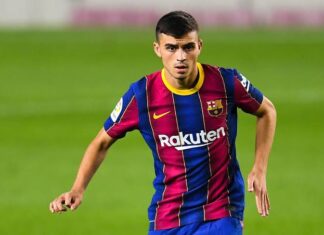 Abdullahi Ishola - October 27, 2020
0
As football returns after the coronavirus pandemic brought it to a halt, the 2020/21 season is underway. Established stars like Cristiano Ronaldo, Lionel Messi,...