Different sports are practiced worldwide and vary according to the culture of each country. One of the most practiced sports, besides being the one with the most followers, is soccer. The figures speak of billions of team fans among professionals and amateurs. In fact, online bets focus on making the most accurate soccer prediction possible for these types of teams.

This diversity of teams has led countries to organize professional leagues in different series. Among the best known, we can highlight League of the first division of Spain, Premier League of England; Serie A of Brazil; First A Category of Colombia, Serie A of Italy, First Division of Argentina; Ligue 1 of France; Bundesliga of Germany; Scottish Premiership of Scotland and Primeira League of Portugal.

The list is headed by the Spanish team Real Madrid, which won the World Club Championship and has won the last three Champion Leagues. In the second position is an Argentine team, River Plate, champion of the Copa Libertadores, and best South American team at present.

Other teams from the well-known Spanish League that are ranked in a privileged position in this FIFA list are FC Barcelona and Atletico de Madrid, which are in third and fourth place, respectively.

Each of these teams has a well-established fan base who wears the shirt of their favorite player with pride and know their game statistics. This passion for the King of Sports has increased the bets worldwide, one of the indicators that remain over time.

Although there are people who take it more seriously than others, in the end, it is one of the most popular pastimes. Nowadays, with the option of online betting, everything has changed. Now, it is more practical and simple. However, it is still required to know the data of the teams that are facing, analyze the information, and be aware of the specialists’ predictions, because only by applying effective tools can you obtain profits in the bets. 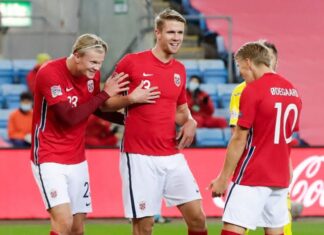 Collins Nwokolo - September 25, 2021
0
Playing international football for one’s country is the hope and aspiration of most players around the world. The pride they feel wearing the national...